State of 208: Sit with Don Day from Boisedev.com 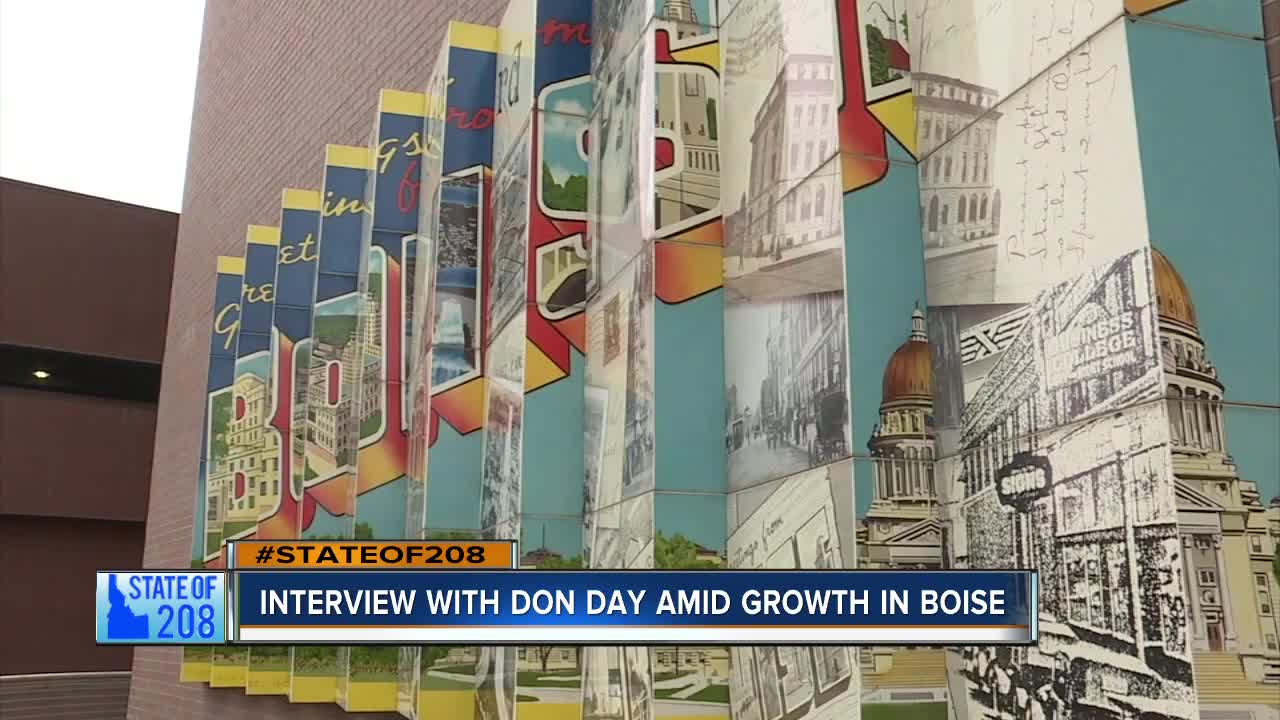 Don Nelson sits down with Don Day from Boise Dev for a discussion about growth in the Treasure Valley.

BOISE, Idaho — Friction at City Hall, new apartments making noise, new condos with a view and no more Christmas on Idaho Street! Those are just some of the items catching BoiseDev's Don Day's attention.

One of the biggest story making headlines this week, has to be the back and forth between Boise City Hall and the city's long time fire chief Dennis Doan.

"It's interesting right now because Lauren McLean, it appears, asked for Dennis Doan to resign," Day said. "The mayor isn't able to talk; it's a personnel issue, but Dennis Doan is talking and held a news conference on Wednesday and basically said he wasn't accused of doing anything wrong."

6 On Your Side's Don Nelson asked Don Day if Boise's clean image can take any kind of hit from this latest controversy. Day replied, "I don't think it changes anything; I've had a lot of informal conversations with a lot of city employees. They seem pretty happy and it doesn't seem like a major change there."

"It was loud yesterday because there was clanging, clang, clang, clang, and it went on all throughout the day, but that project is eight stories of apartments right at 6th and Front, right behind the Basque Block, and some retail, and right across the street is a brand new hotel and that should be done this year."

It's not new apartments, but proposed condominiums along the Boise River that have the attention of members of the Alberston family.

"It gets a little complicated. You'll have to read more at boisedev.com. They're concerned about the number of things like access to the park. There was a lot of talk about the view in the Planning and Zoning hearing. They're not suing on those grounds because there's no legal grounds to do so, but it is worth noting, there was a lot of discussion there."

And on a sad note, there will be no more Christmas on Idaho Street because of the closure of Old Chicago. However, Old Chicago at the mall is still open.

For more information, you can always head to boisedev.com.