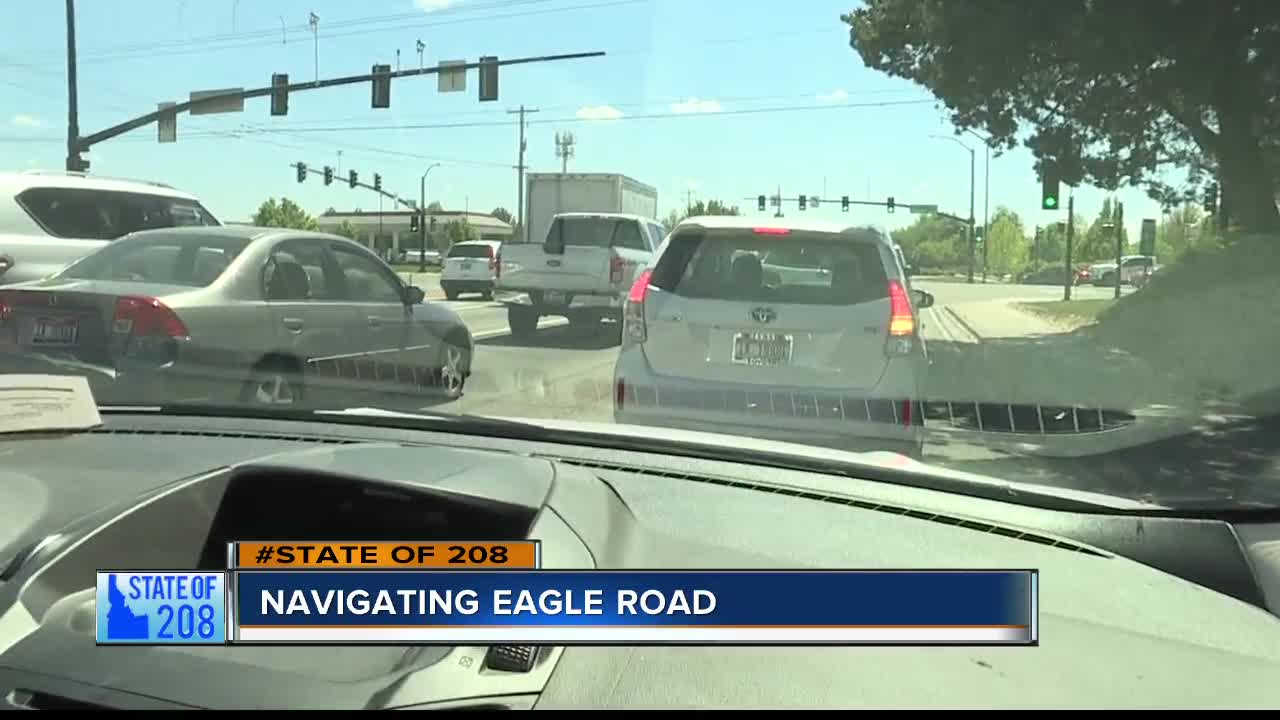 Eagle Road remains the Treasure Valley's busiest north/south artery. Every intersection along Eagle has a uniqueness about it, but one in particular got our attention recently.

BOISE, Idaho — For being one of the busiest roads in the state, it's no surprise everyone tries to avoid it.

Eagle Road remains the Treasure Valley's busiest north/south artery. Every intersection along Eagle has a uniqueness about it, but one in particular got our attention recently.

The intersection at Eagle and Chinden can be very frustrating for drivers heading south, and wanting to turn west on Chinden.

Caleb Lakey is a traffic manager for the Idaho Department of Transportation and says drivers will need show some long term patience. "We want to make sure we have the right answer before we make any choices. We want to make sure when we make an improvement here at the intersection we do something that's the ultimate fix and we're not going back to the property owners again," Lakey said.

When traffic is heavy, you might be sitting ten to twelve cars back because there is no right turn lane. During rush hour, traffic can back up north of Banbury Golf Course,

The ultimate fix Lakey is referring to is the widening of Chinden Boulevard that will benefit traffic in all directions. "By the year 2024 we'll have that widened all the way from Eagle Road down to Star road and that's important because before we can make an improvement here at this intersection we must be able to receive the traffic."

And that's not all the changes that are coming. Two miles to the north at Eagle and State Street, there are plans to change that busy intersection. The state will be putting in what's known as continuous flow intersection that still has relatively the same footprint, but will allow for a much more efficient movement of traffic.

And what about that huge empty field on Eagle Road, right to the west of the Village at Meridian. Jake Melder with I.T.D. says development is coming. "We have been in talks with a developer about bringing in some commercial business, mixed use in that that area."

When that happens we'll be back to look at what that means for the busy intersection of Eagle and Fairview Avenue.