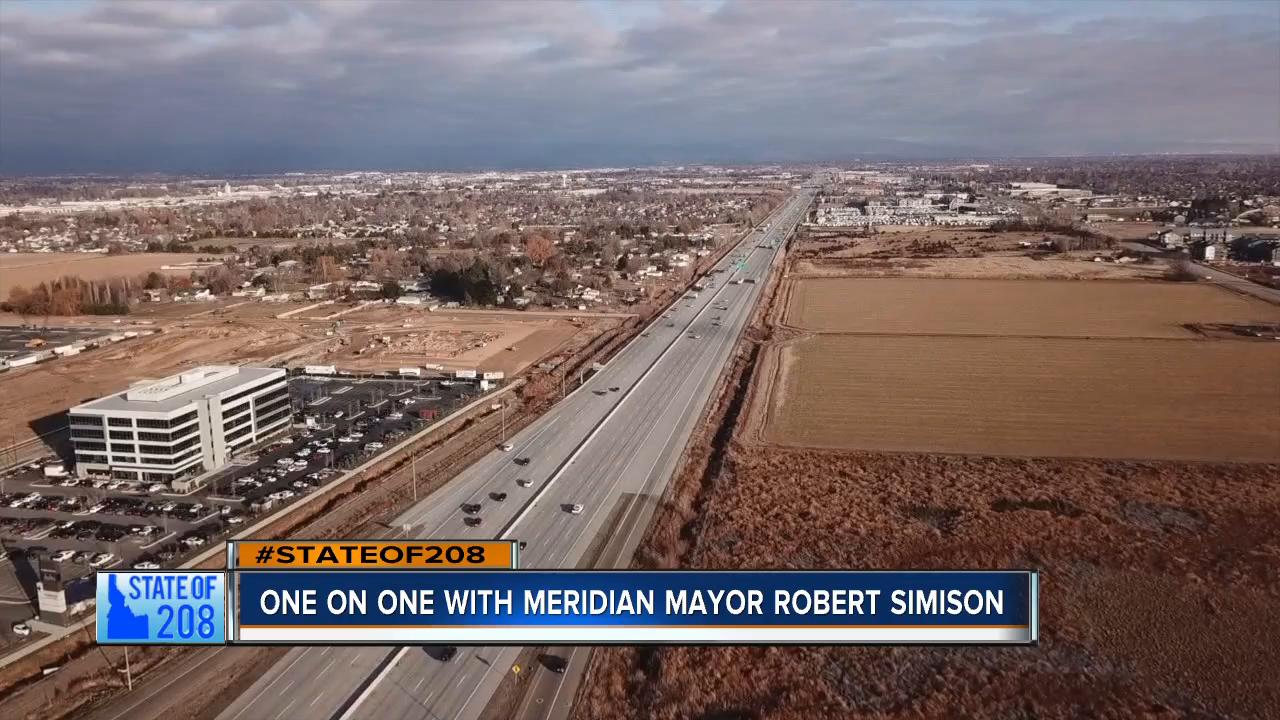 Don Nelson sits down with Mayor Simison in this edition of State of 208.

MERIDIAN, Idaho — The once sleepy dairy town of Meridian has exploded.

To get to know Mayor Robert Simison, you have to start with his family first. Simison says, "my family has allowed me to grow and develop all these years and they've been there every step of the way." That's a reflection of how Simison wants to see Meridian grow, family first. "My focus is to make sure the people who live here today feel they're getting an improvement on their quality of life by providing services to those people."

With services like police protection, Simison wants to see the department more pro-active in the neighborhoods. "Little things like door thefts we've got Amazon, Amazon is going to deliver even more packages having police presence will help deter some of that I know that seems like a minor thing but getting people in the subdivisions so we want to keep on eye on that."

Something else the new Mayor is keeping a close eye on is traffic. Simison doesn't want I-84 to divide the city. Meaning he wants to build a bridge between north and south, literally. But he can't do it alone. The state and county have to be on board for Linder Road project. "I think we'll see the city council step up and take more of a leadership role to help fund that to get that accomplished, that's what it's going to take, we just have to work with A.C.H.D. and I.T.D. and go through the steps. I can't give you a time frame, but I would hope it will be in the next three or four years."

Building a stronger infrastructure will only help the city to become stronger. "Companies have definitely set their sights on Meridian," Simison says.

That's the way Mayor Simison wants it. Working, playing and living in the same community.