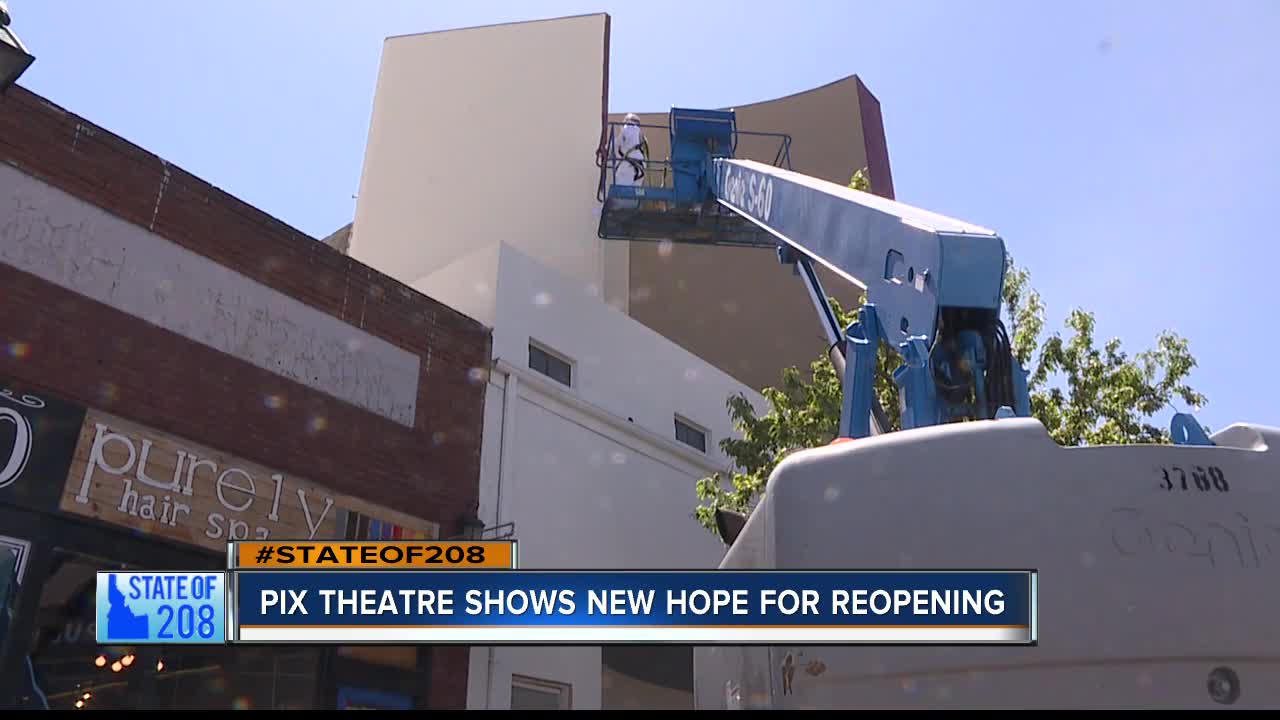 Volunteer crews are painting the exterior today as the nonprofit group in charge of preserving the building becomes one step closer to celebrating the venue's grand encore.

NAMPA, Idaho — It's no secret Downtown Nampa has seen revitalization in recent years, but sitting idle amidst the growth was a relic of dilapidated Nampa history, The Pix Theatre. Now, the wheels of change are turning on the refurbishing of the historic landmark.

Volunteer crews painted the exterior Thursday as the nonprofit group preserving the building becomes one step closer to celebrating the venue's grand encore.

"Nampa's been wanting to see The Pix come back alive for a long time. And this is a start-- this is a good beginning because we do have the whole inside of the theater to finish," said Debbie Lasher-Hardy, President, Board of The Pix Anew Inc.

Some nearby business owners say they are hoping The Pix reopening will go through without a hitch, bringing more customers in its wake.

"I think it's very exciting for the downtown area, it's just something that's going to bring more people downtown, have a source of entertainment for people-- and yeah, exactly what downtown needs right now," said Ryan Driscoll, Co-owner, Prefunk Beer Bar Nampa.

In order to reach their goal of reopening the venue in the next two years, Lasher-Hardy said she hopes community donors will come forward to assist with the costs. Those interested can message her at dlasher@dlasher.com.

According to Lasher-Hardy, plans for The Pix include turning it into a dinner theater with live performances on an extended stage and showings of classical movies.