According to an airport engineer, the 5,000 foot runway is not changing, despite recent rumors that it would be extended. 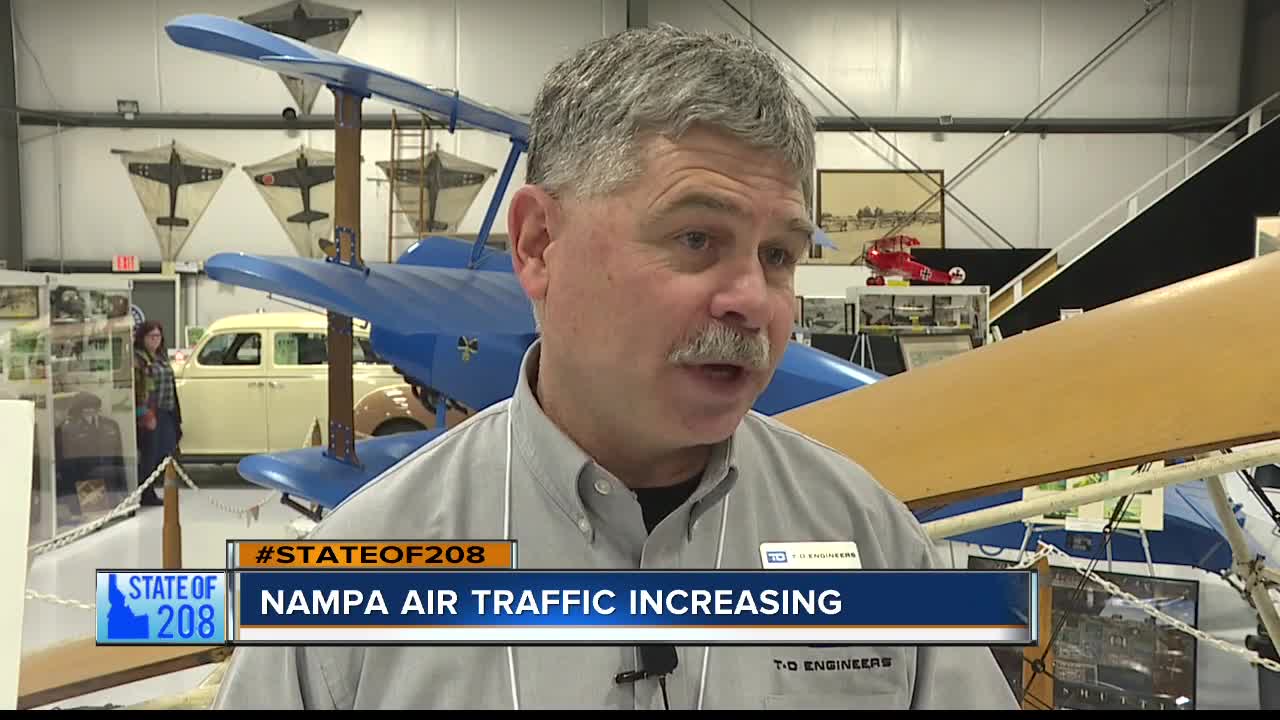 As Nampa grows, so does air traffic over the city. Dozens of people met Wednesday to discuss future plans for Nampa Municipal Airport.

NAMPA, Idaho — Like much of the Treasure Valley, Nampa's population growth has taken off in recent years.

And with an increased in aviation comes an increase in folks visiting.

"The biggest one that landed last year that we captured was Kenny Chesney, when he played the Ford Center. So...his class of airplane holds about 20 people something like that."

But you don't need me to tell you its growing, just look at the number of people who showed up to discuss Nampa Airport's Master Plan -- many with concerns about changes causing infringment on their neighborhoods.

"Everybody talks--thinks--it's gonna be the big big business jets but it's not the case-- this runway won't handle that kind of traffic."

According to Patton, the 5,000 foot runway isn't changing, despite recent rumors that it would be extended.

"We're not seeing that need at all. It'll be mostly focused on and serving the hangars."

Hangars for rent: a topic two local pilots-- who tell me they fly for pleasure but declined to go on-camera-- say they wish the city would provide more of.

"We want the small aircraft ownership. We love them coming in and out of this airport."

"My goal for the airport is that we are the best little airport in the Treasure Valley," said Mayor Kling.

Operating word: little. This committee member says Nampa airport has no plans of trying to become the next Boise Airport.

"There's no justification for Nampa ever putting millions of dollars into this little airport," said Sue Paul, founder of Warhawk Air Museum.

Still, she says accommodating small business planes will be good for the city's economy.

"The airport in Nampa is a very critical part of its success as a city."