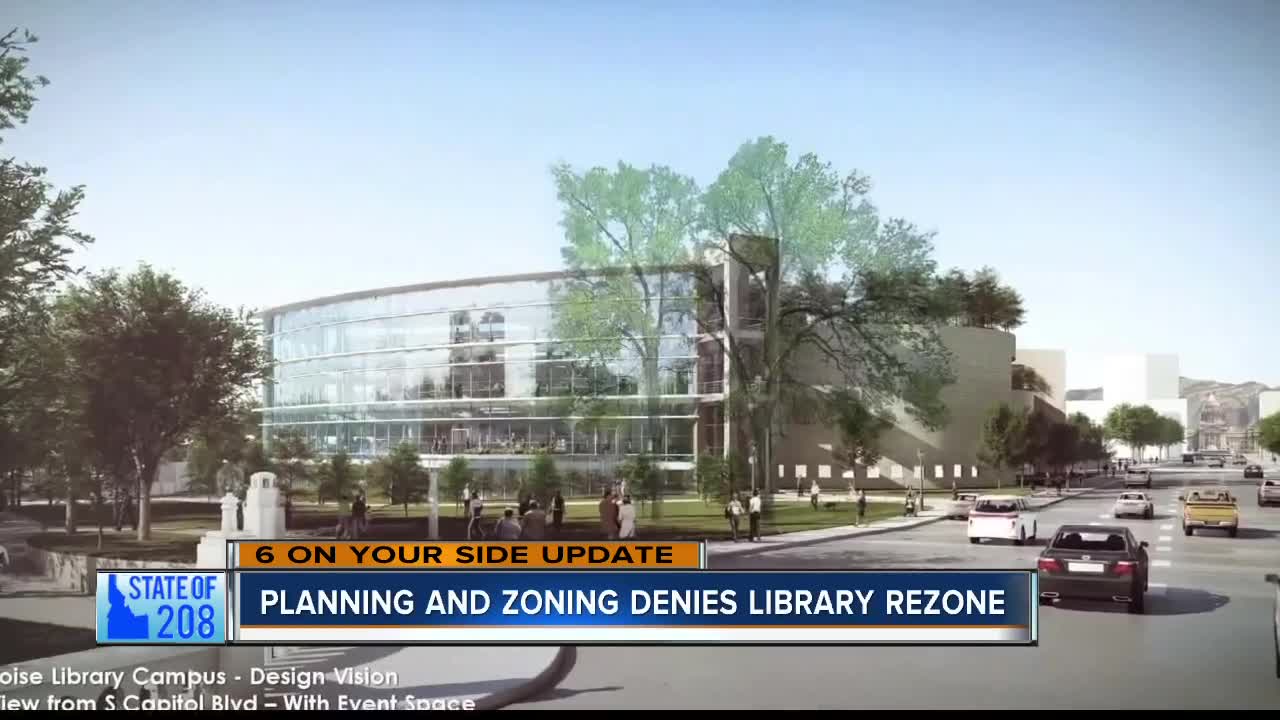 BOISE — The City of Boise is moving forward with the development of a new library, and they don't plan to stop unless an initiative is passed that tells them they have to.

In a planning and zoning meeting Monday, the commission voted unanimously to deny rezoning and parking changes for the new library proposed by the city. But regardless, the city says a new library will be built, "The project will be moving forward at some point in the future and we're gonna have to have a rezone as part of that," said Mike Journee, Spokesperson for City of Boise.

But whether or not that rezone will be what was presented to the planning and zoning commission Monday evening is still to be determined.

"Currently the zone is a lower scale commercial zone, this would change that zoning to what is prevalent throughout Downtown," said Journee.

The new zoning would not include parking right at the library, rather the potential for a parking garage across the street, and also the potential for a relocation of the cabin, Journee said, "Ultimately City Council will have to approve any zoning changes."

And regardless of the unanimous vote against the rezone, Journee said the city continues its developmental plans for the new library, "We're continuing with the schematic design on this process, to scale down the cost of the estimates to bring it within the $85-million budget that Mayor and Council have been very pointed about."

But a grassroots group of Boiseans is attempting to halt plans for immediate construction of the library. They think citizens should have a vote on the new library, but also on the proposed downtown stadium.

"These are two very impactful, expensive projects, the biggest projects that have come down the pike in decades," said David Klinger, Press Spokesman for Boise Working Together.

So Boise Working Together spent a lot of time gathering over seven thousand signatures of Boiseans, who want to see these projects on a ballot.

"I don't think that the commission felt it was proper and the right time to rezone on a project that may never happen, or may happen in substantially different form," said Klinger.

So for now, Boise Working Together waits on verification of signatures from the Ada County Elections Office, which they expect no later than the first of July,, and the city moves forward up until law tells them otherwise.