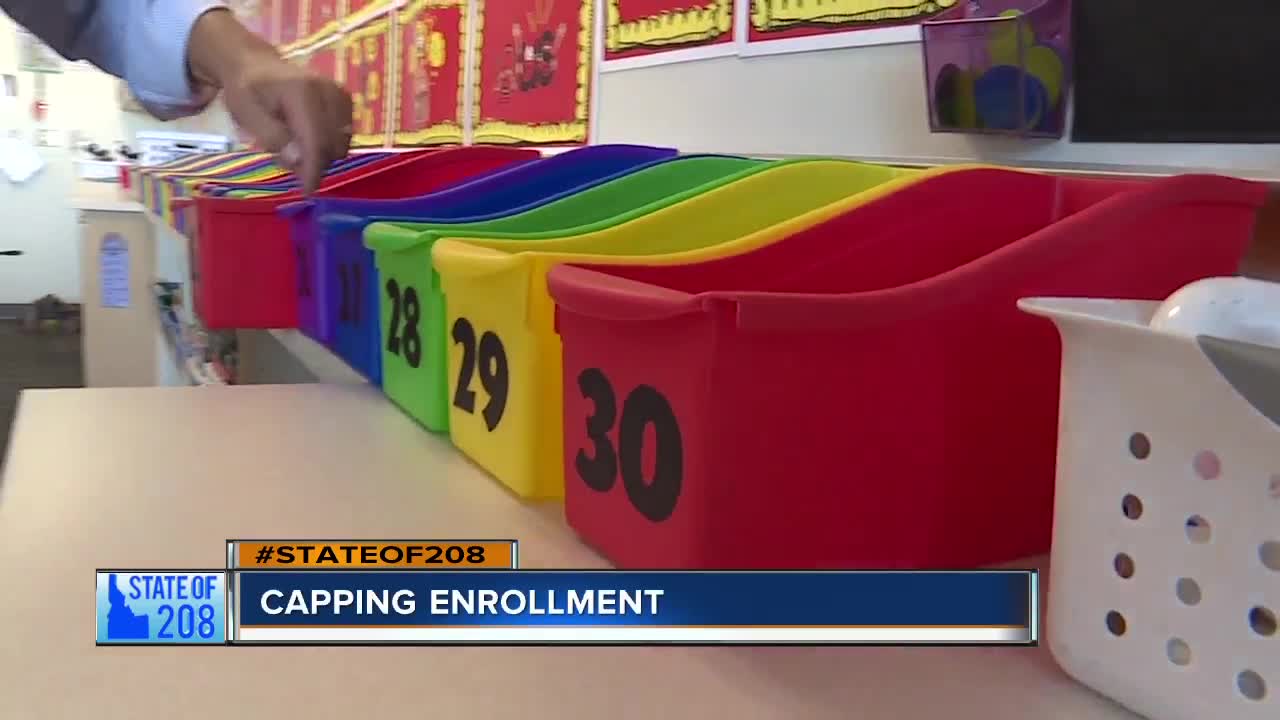 BOISE, Idaho — It's not popular with many new parents moving in the Treasure Valley, but according to West Ada School District officials, there's no other choice.

Overcrowding and class size above school districts standards has led to capping enrollment at two elementary schools, Hillsdale, and Hunter.

Hillsdale elementary on the south side of Interstate 84 is very popular spot for parents to send their children.

Exline says the district has been dealing with this kind of growth for over a decade now, and he's accustomed to the chess game that's played with boundary lines, and students coming and going from school to school.

"We feel their pain of not being able to attend the school in your neighborhood, we have grown so much on the south side, so quickly," Bair said.

The district set standards for class sizes. For instance, for first grade they have capped set the standard size at 25, but at Hillsdale, one classroom has thirty.

Now you may not think five more kids would make a big difference, but Bair says it does.

"First graders are not fully independent, teachers have to assist putting on coats when it's cold, helping kids to tie their shoes, helping the kids get their information in and out of their backpacks," Bair said.

"All of our West Ada schools are great schools where you can have a great staff, your students will have instructors that will ensure your students have growth and high levels of achievement," Bair said.

And don't think this all ends with Hillsdale and Hunter elementary schools. Eric Exline says the district is already planning for even more growth by running a bond in March to include another elementary school south of the freeway. If everything goes as planned, They hope to have it ready by the fall of 2021.