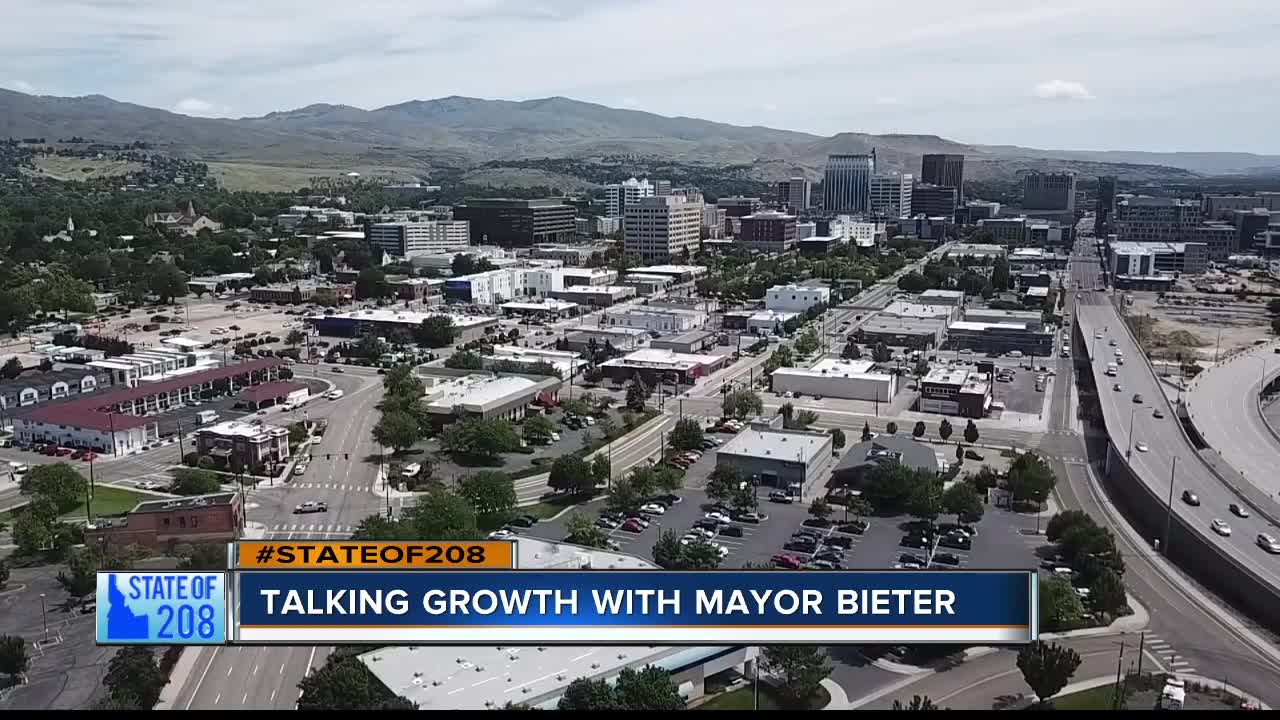 Six On Your Side's Don Nelson sat down with Boise Mayor Dave Bieter to talk about growth issues the city is dealing with, and what the future holds.

BOISE, Idaho — Has Boise grown up?

Six On Your Side's Don Nelson sat down with Boise Mayor Dave Bieter to talk about growth issues the city is dealing with and what the future holds.

Topics covered included everything from affordable housing to modern transportation.

Don started by asking about expansion: "Are we looking at building up, instead of building out?"

Bieter replied by saying Boise can do both.

We all know it's not a problem getting people to come here, but there are a lot of people already here who just can't afford to live in Boise. Mayor Bieter said the city is addressing that.

"We've combined with our partners, the Idaho Housing and Finance Association, with the Ada County/Boise City Housing Authority. We've built like something like three and four hundred affordable units over the last four or five years. Now that's a good number that is something we should all be pleased with," Bieter said.

What about the homeless issue? Don asked Mayor Bieter, "Even though we have faith-based organizations and non-profits dealing with the issue, should the city do more?"

Bieter says they have.

"We've been at this issue since the first day I came in--literally. We've made incredible progress for one thing. River of Life, we labeled it a successful transition. Interfaith Sanctuary, they're doing a wonderful job. C.A.T.C.H. is a great program that helps families stay out of homelessness. It's a housing first approach. First get people housed in a safe way and then you can begin to go after helping them with jobs or substance abuse or the various things they need. Now get them housed and then you can work in other things," Bieter said.

Part two of Don Nelson's sit down with Mayor Bieter will air next Sunday at 10:00PM