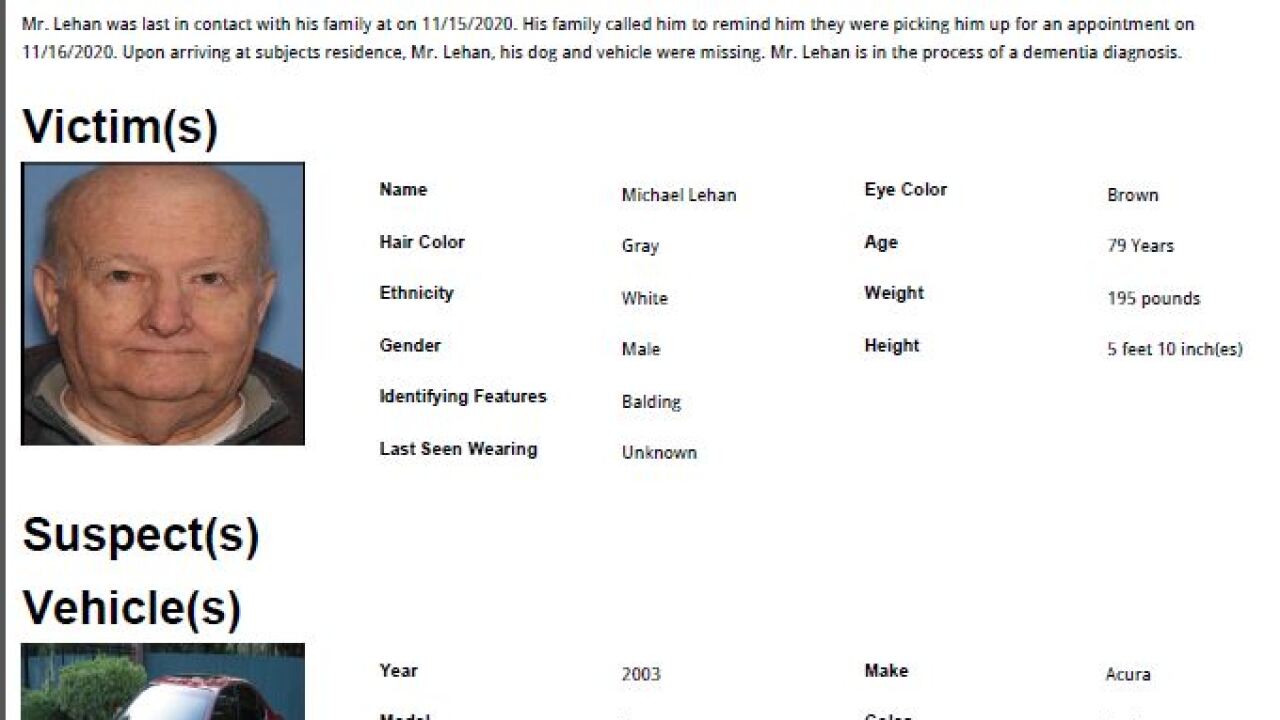 The Spokane Police Department is asking for Idahoans help locating a missing and endangered man last seen in Worley.

Michael Lehan, 79, was last seen in Worley at 3 a.m. Nov. 17. Lehan's family last spoke with him Nov. 15 to remind him they would be picking him up on Nov. 16 but when they arrived at his home, he and his vehicle and dog were missing. Lehan is in the process of a dementia diagnosis, according to police.

Lehan is described as 5-foot-10-inches, balding with gray hair and brown eyes. He is believed to be driving a 2003 red Acura and be traveling with his dog.