Sitting down with Mayor-Elect Lauren McLean 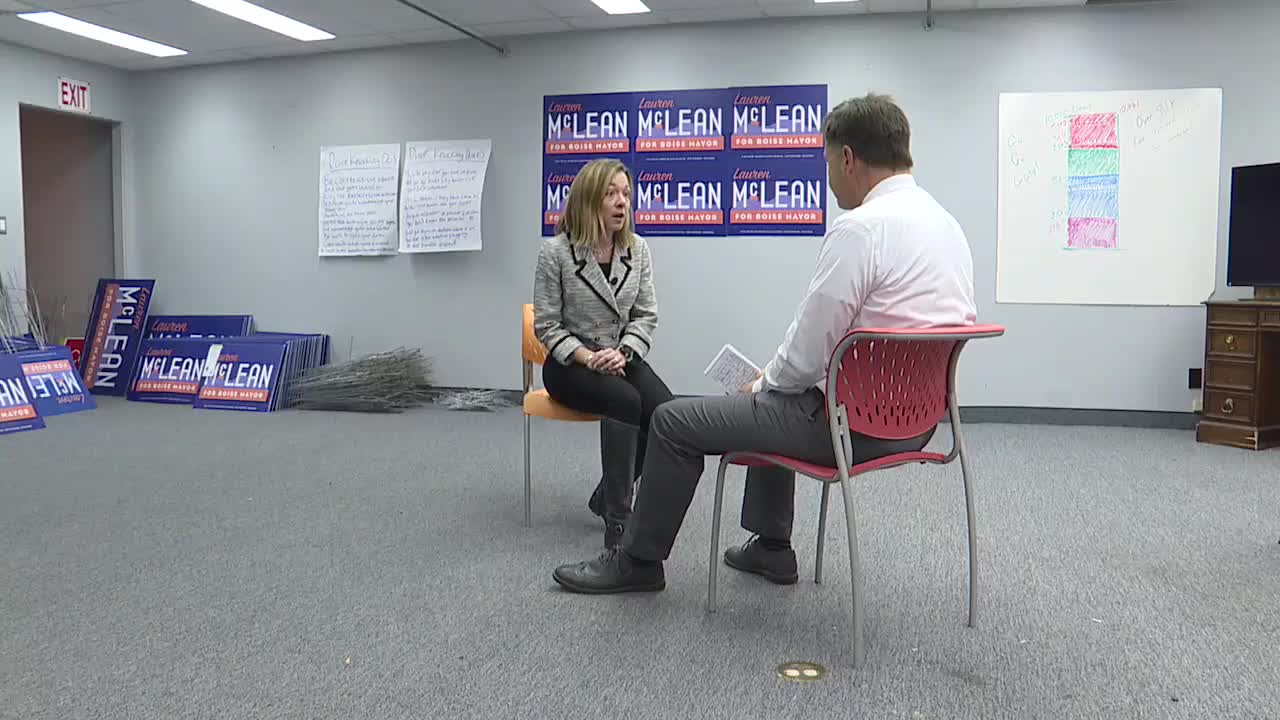 McLean sat down with Don Nelson to talk about everything from growth, to homelessness, to finding a new police chief.

Lauren McLean says when she moved to Boise over 20 years ago, she fell in love with the city and quickly got involved with a fight to save the Boise Foothills, never thinking it would lead to what happened on December 3, 2019, when she won her spot at the helm of the City of Trees. She beat incumbent Mayor Dave Bieter by almost a two-to-one margin.

"What I take from those numbers is a clear mandate from the people of Boise that they want a leader that will listen and engage them in different ways and recognize our city is at a crossroads and we need to try to tackle new solutions," said McLean.

And that's why she entered the mayoral race in the first place. She felt people wanted a change.

For example, McLean says throughout the campaign she heard from people who were in favor of a new public library, but felt they weren't involved the process, something she feels still could happen.

"So yes, once I'm settled we will definitely have those conversations again about what type of library, what's included in that and what's right for our city. I look forward to being a part of those conversations," she tells 6 On Your Side.

And as far as her priorities, McLean says to expect what she's been promising during the campaign.

"In so many ways I feel like a broken record, we talked about this so much because it's important to the public and that is to address affordable housing and transportation," McLean said, adding she is anxious to hear how the Supreme Court rules on the Boise camping lawsuit over an ordinance that banned people who are homeless from sleeping in public places.

"Prior to the election, I didn't anticipate pulling that case, because that ship has sailed. It's moving forward, the Supreme Court heard it on Friday and now we have to see what to do," the Mayor-elect said.

As for the campaign, McLean says her opponents misconstrued who she really is. Now, she hopes to put the difficult election process behind her.

"There was interesting, unfortunate, and disappointing mail and phone calls that were conducted right before this election that attempted to lead people to believe me to be someone other than someone who came here in her early 20s, have served this city in many capacities for many years, love this place deeply and so excited to get to work reflecting Boise values of justice, compassion and kindness," said McLean.

Boise's next mayor says it's important to stay centered and focused on what's important, like finding a new police chief, or addressing impact fees, and in general addressing Boise's rapid growth.