Bill supported by Crapo and Risch 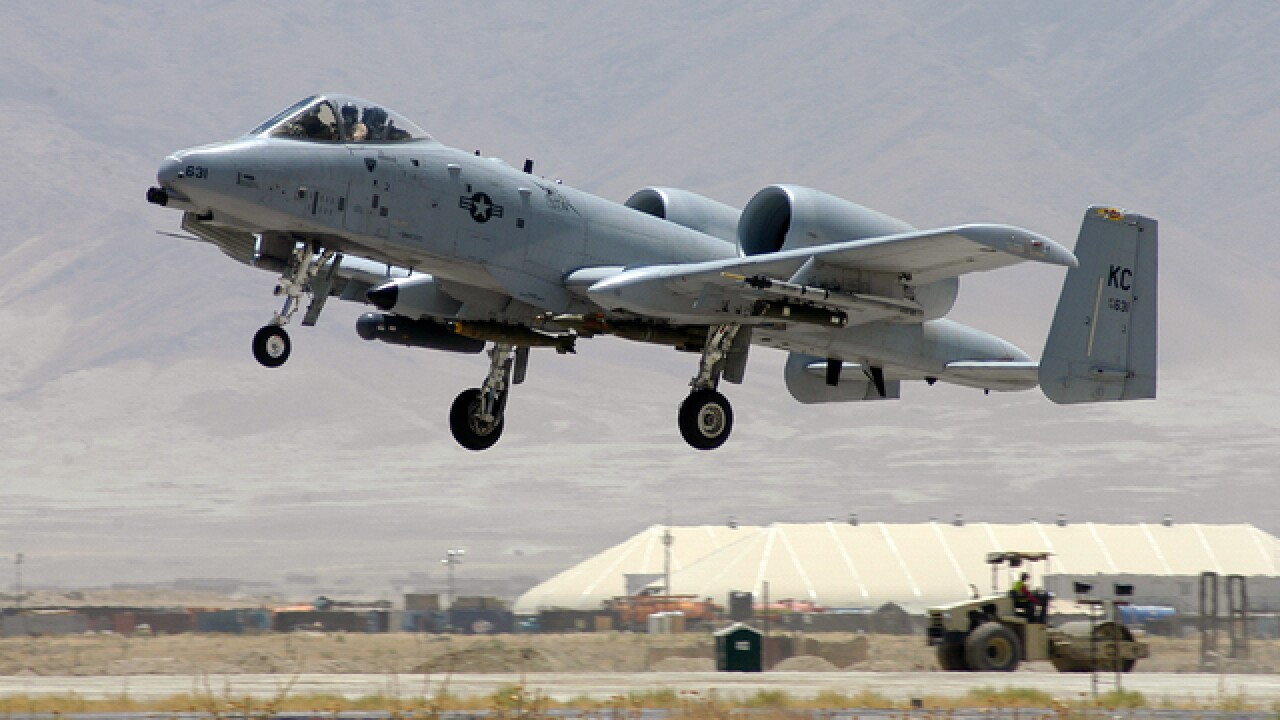 Copyright 2018 Scripps Media, Inc. All rights reserved. This material may not be published, broadcast, rewritten, or redistributed.
U.S. Air Force photo/Maj. David Kurle
<p>An A-10 Thunderbolt II, or "Warthog," from the 442nd Fighter Wing takes off Jul. 4, 2006, on a combat mission from Bagram Airfield, Afghanistan. A new smart color multi-function display for the A-10 is designed to help pilots communicate better and provide greater situaltional awareness over battlefields in the Global War on Terror. (U.S. Air Force photo/Maj. David Kurle)</p>

The nation’s A-10 aircraft, like those flown by the 124th Fighter Wing of the Idaho Air National Guard, will receive necessary upgrades under a measure approved by the U.S. Senate on Tuesday.

The $65 million funding will be dedicated to upgrading the wing infrastructure for the aging but critical A-10 fleet nationwide.

"The bill we approved will provide critical upgrades to A-10 aircraft, like the ones stationed at Gowen Field in Boise," Crapo said. "The A-10 and the pilots who fly this aircraft have been a crucial part of our national security mission for decades, yet many battle-worn A-10s require new wings in order to continue flying.  This bill will help get that accomplished and extend the life and mission of these planes."

"The A-10 has been a critical warfighter in our nation’s fleet for decades and continues to be an important asset as tensions rise in military theatres around the world," Risch said. "As our servicemen and women at Gowen Field boldly defend our nation in global missions, this bill helps make certain they have the necessary resources to be successful."

Both Senators from Idaho signed a letter to Senate and House appropriations negotiators supporting the additional funding for A-10 improvements.

The bill, approved on a 93-7 vote, will fund operations in the departments of Labor, HHS, Education, and Defense for Fiscal Year 2019.  The measure will now go to the House of Representatives which is expected to take up the bill next week.