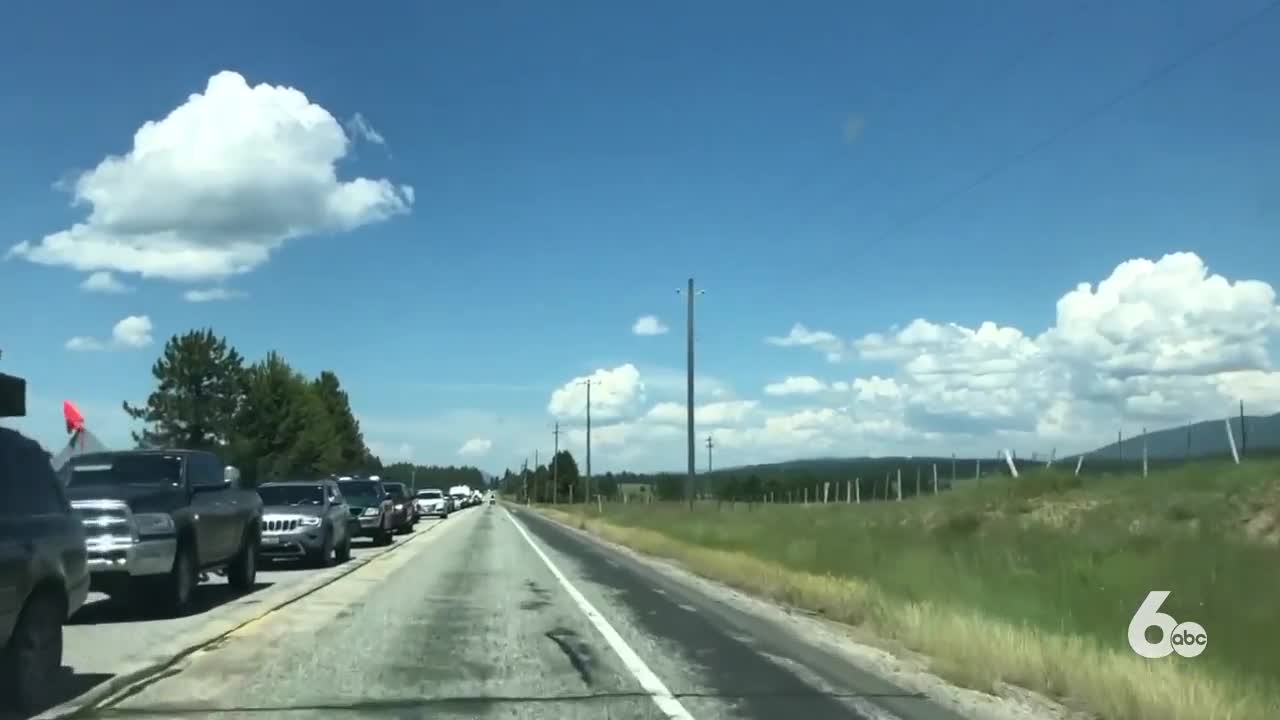 A semi truck crashed into the river off Highway 55 Saturday afternoon, and traffic has been backed up between Smiths Ferry and Cascade since. Miles of cars are stuck in traffic, forcing Fourth of July plans to go on hold.

According to a press release, the driver of the semi-truck, Rigoberto Rivera Arredondo, 42, of Ontario, OR lost control of the semi and drove off the shoulder of State Highway 55 into the river. Arredondo and his passenger, Mark Castillon, 30, of Weiser, ID were transported via air ambulance to Saint Alphonsus Medical Center in Boise.

Idaho State Police say the lanes of Highway 55 were blocked for seven hours, and all lanes are now open. The crash is still currently under investigation.

ORIGINAL STORY: Around 8:00 a.m Saturday morning, a semi-truck left the roadway in Smiths Ferry, crashing into the river. According to Idaho State Police, the driver and passenger were taken by air ambulance. There has not been an update on their injuries at this time.

The truck left the roadway shortly before 8am this morning. Lanes have been blocked since. The driver & passenger were transported by air ambulance w/non-life threatening injuries. Check https://t.co/n35Gc8WCrD for updates. A map like the one below will show you the latest. pic.twitter.com/mwXk5mRAv2

The crash blocked both lanes of highway 55 until 6:00 p.m., preventing travel, as well as recreationalists from putting boats into the Payette River for the Fourth of July weekend.

The wreckage has been cleared, and all lanes are now open.