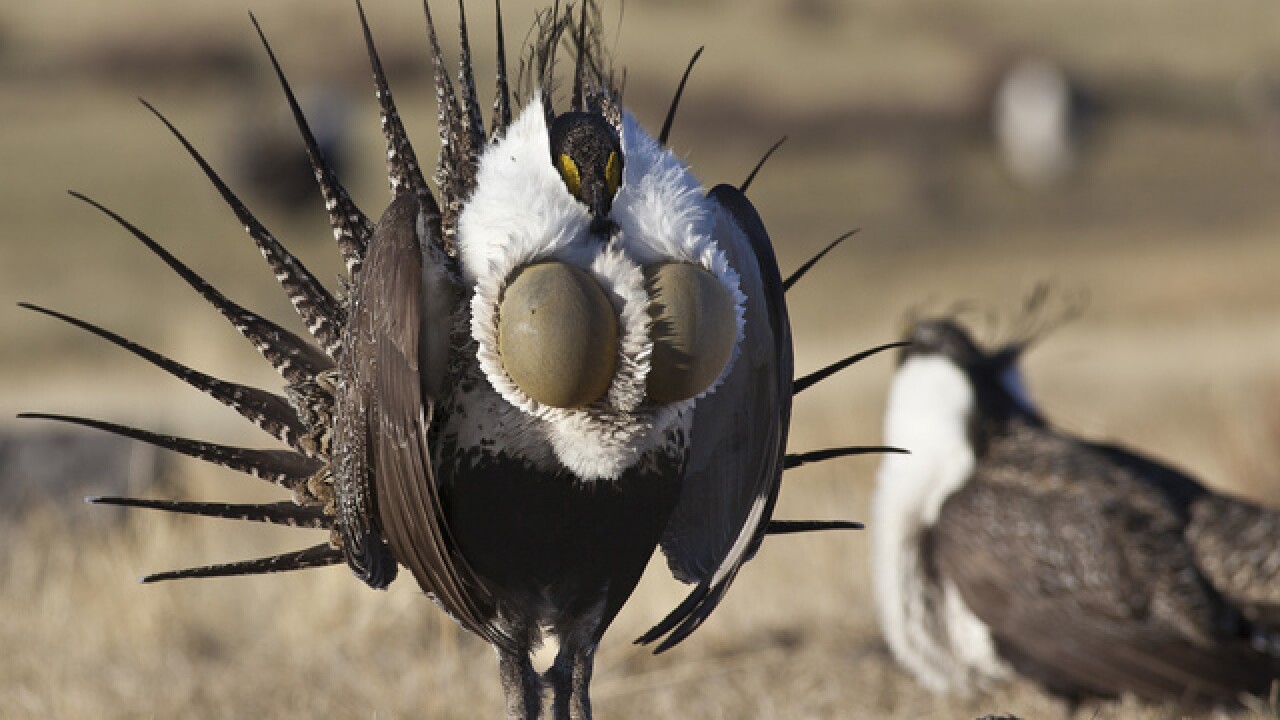 BILLINGS, Mont. — Montana's greater sage grouse population has fallen more than 40% over the past three years, mirroring recent declines across the U.S. West for a bird species rejected for federal protections in 2015.

State wildlife officials estimate there were about 44,000 ground-dwelling sage grouse in Montana this spring. The figure is included in a report to be delivered to state lawmakers later this month.

Sage grouse once numbered in the millions -- but have seen their range that stretches across eleven states diminished by oil and gas drilling, wildfires, grazing and other pressures.

Weather can affect populations from year to year. Montana officials traced the recent declines to extreme drought in parts of the state in 2017.

Sage grouse numbers also continued to drop in 2019 in Oregon, Idaho and Wyoming.