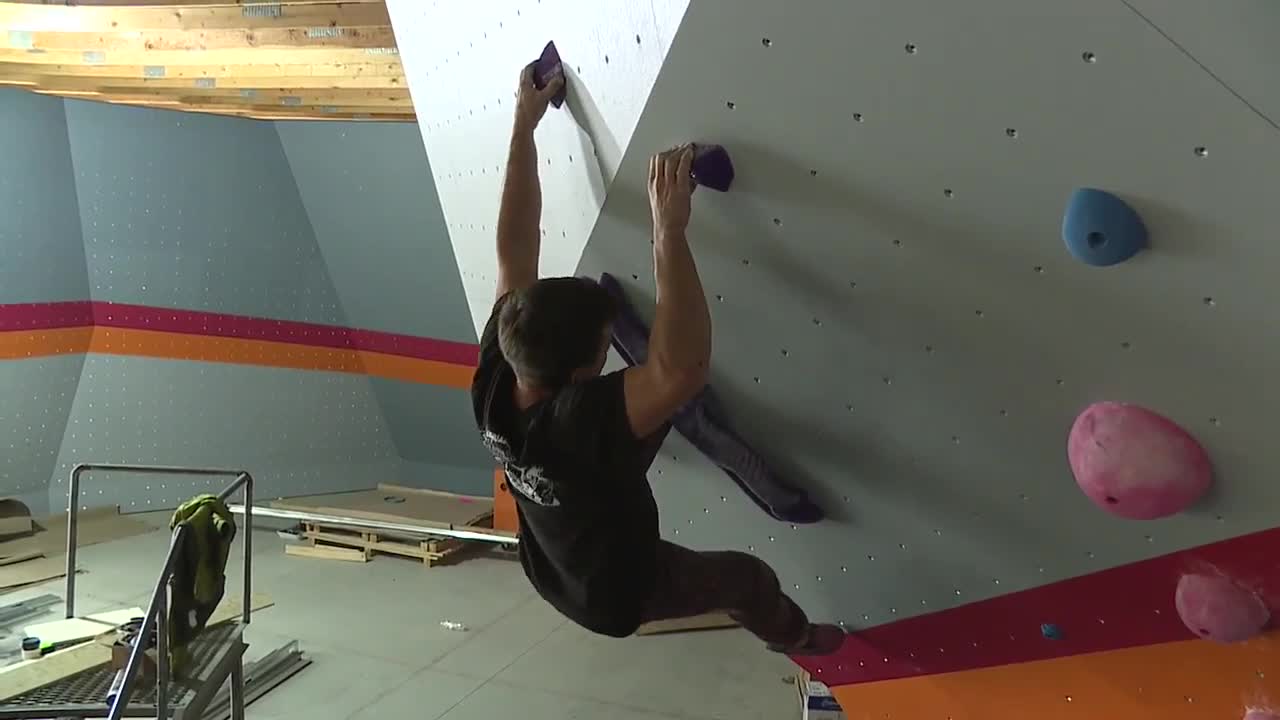 Construction continues on the Commons which will be a new modern rock climbing gym that will be located on the Boise bench.

Construction continues on the Commons which will be a new modern rock climbing gym that could open by the end of this year on the Boise bench.

The rock climbing community took a big hit when Urban Ascent closed its doors a year and a half ago, Clint Colwell was the general manager, he told us the gym had more than 600 members.

"It was heartbreaking for me honestly," said Colwell. "It was pretty sad, I mean people were crying on our last night."

Colwell and seven other owners pooled their resources together in an effort to build a new gym, they also put their heart and soul into the project and built whatever they could to limit the cost of the project.

"We all work, we are not a bunch of folks that come from money and have wealth." said Colwell. "Some people's houses are on the line here, but the goal is to make that special spot we are all in."

The gym will feature around one hundred different climbs with 60 anchors and a 45 foot wall that will allow climbers to practice using ropes.

The Commons will be geared for both rope climbing and bouldering, but the gym will also feature other fitness amenities like a yoga studio.

"We are going to be Boise's first full-service climbing gym," said Colwell.

The Commons is also asking the rock climbing community for any help they can provide, on Friday they are hosting a paint party where the owners will get together to paint the yoga studio and they are also conducting a hold drive where people can donate by buying holds, in return they can have a route named after them.

There is another climbing gym in Garden City called Asana Climbing Gym and if you have drove on I-84 you may have noticed a big new climbing gym off the interstate in Meridian, Vertical View climbing gym plans to open sometime this fall.