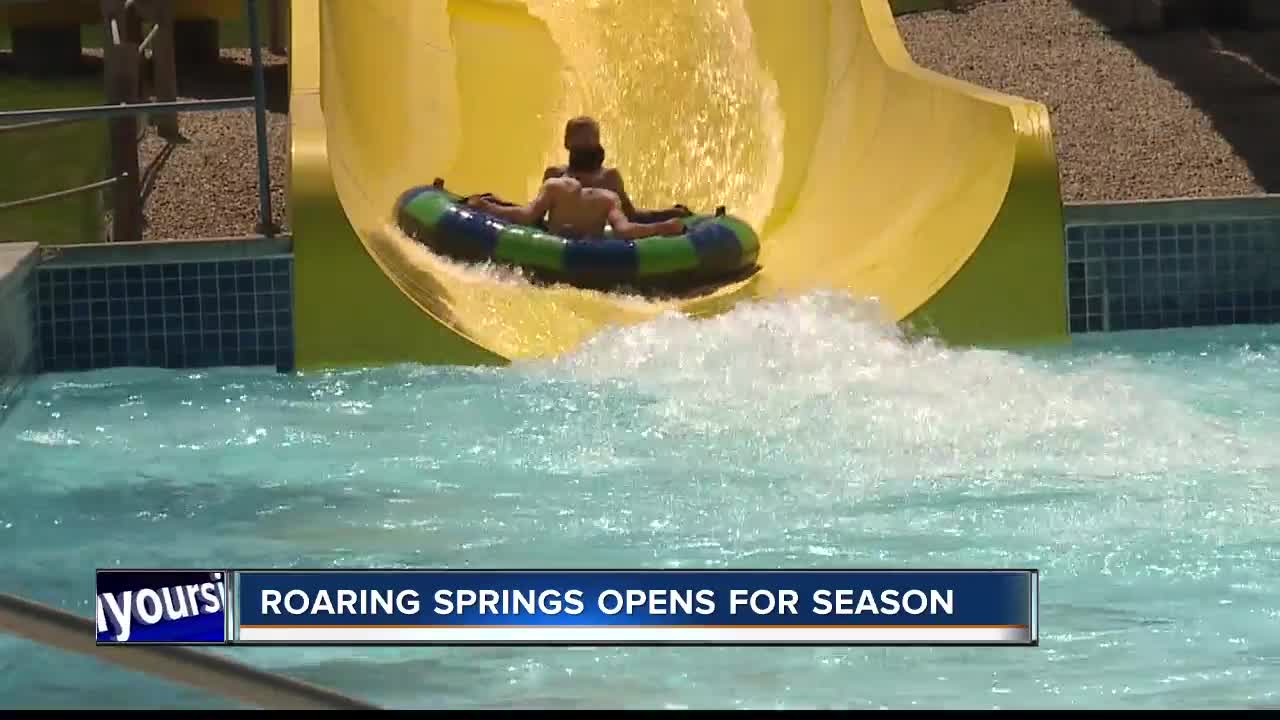 “This weekend, we’ll see summer-like temperatures in the 80s both Saturday and Sunday,” said 6 On Your Side’s Chief Meteorologist Scott Dorval.

Roaring Springs will be open from 11 a.m. to 7 p.m. this weekend and next, according to spokesperson Tiffany Quilici. It will then will be open daily, starting Memorial Day weekend.

Roaring Springs opened on June 19, 1999 -– and has welcomed some five million guests since then, according to Quilici.

It took five months and cost $15 million to build the water park. It has since added six major attractions, making it the largest waterpark in the Northwest, she added.