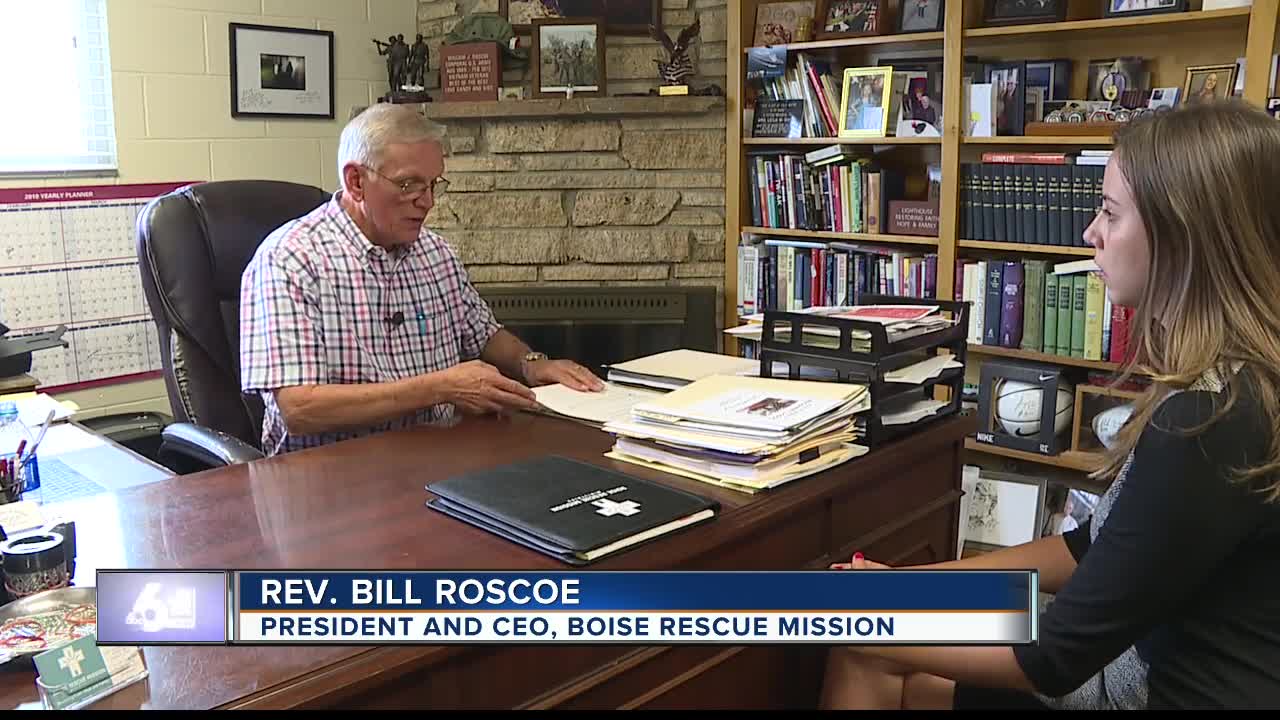 One longtime Boisean said she could not believe what she read on Boise Rescue Mission's recovery program application.

BOISE, Idaho — Boise Rescue Mission is one of the largest charity organizations in the Treasure Valley-- and their recovery program helps hundreds of Idahoans each year. But one longtime Boisean who says she has donated time and money to the Boise Rescue Mission for years, said she could not believe what she read on their recovery program application.

It's been a long road for Marianne Morrison and her daughter Sawyer. At only 22, she's spent years struggling with an alcohol addiction, which her mother said led her to homelessness.

So Morrison helped her fill out an application for Boise Rescue Mission's residential, free-of-charge, long-term New Life Recovery Program-- and that's when she noticed a yes-or-no question asking, "Do you understand that our program holds to the biblical doctrine that only a heterosexual lifestyle is an acceptable lifestyle to God? Are you willing to adhere to this?" (application here).

Sawyer, her mother said, is a lesbian.

"I just can't believe that in order to get into the long-term recovery program, you have to say you're not going to be gay. How is that even possible?" said Morrison.

Legally-- it is possible. As long as they're not receiving taxpayer dollars, charitable faith-based organizations like Boise Rescue Mission can technically ask whatever kinds of questions they'd like.

But I spoke to Boise Rescue Mission's CEO to learn more.

"That's a good question for us to ask, because while they're in the program, we're going to expect them to adhere to that," said Reverend Bill Roscoe, president and CEO of Boise Rescue Mission

Roscoe said he doesn't know if they've ever denied someone for answering 'no' to that question, but he did say, "There would have to be further conversation at least. 'What do you mean, no? You know? Do you intend to be flirting with the other women in the program and trying to set up dates?' What does that mean, 'no?'"

Roscoe also added that a person would not be denied entrance to the program for answering "no."

"We won't deny them that opportunity. We want to serve as many people as we can and anyone in need," said Roscoe.

"Then why ask the question?" I asked.

"Well, because again, we want people to understand from the beginning that this is how the program is going to be," said Roscoe.

This, Morrison said, would harm her daughter's recovery. She opted to pull out from the application process altogether.

"If you're trying to get someone to heal and be happy, how could you force them to do something that they simply can't do?" said Morrison.

Roscoe, who-- with the program-- has helped 500 people with what he says is an 85 percent success rate-- said he has no plans of removing the question or changing any of the wording.

"We want them to know that in our program we teach this, because to that person, if this is offensive to you, you're probably not going to do well in our program," said Roscoe.

That begs the question-- if a LGBT person may not do well there, where can they go in the Treasure Valley? Chrysalis offers a similar program, but requires $300 per month payments after the first month, and also uses bible study in their recovery approach.

Tuesday on 6 On Your Side, I'll take a look at the bigger picture: at what resources are available-- if any-- for this population.