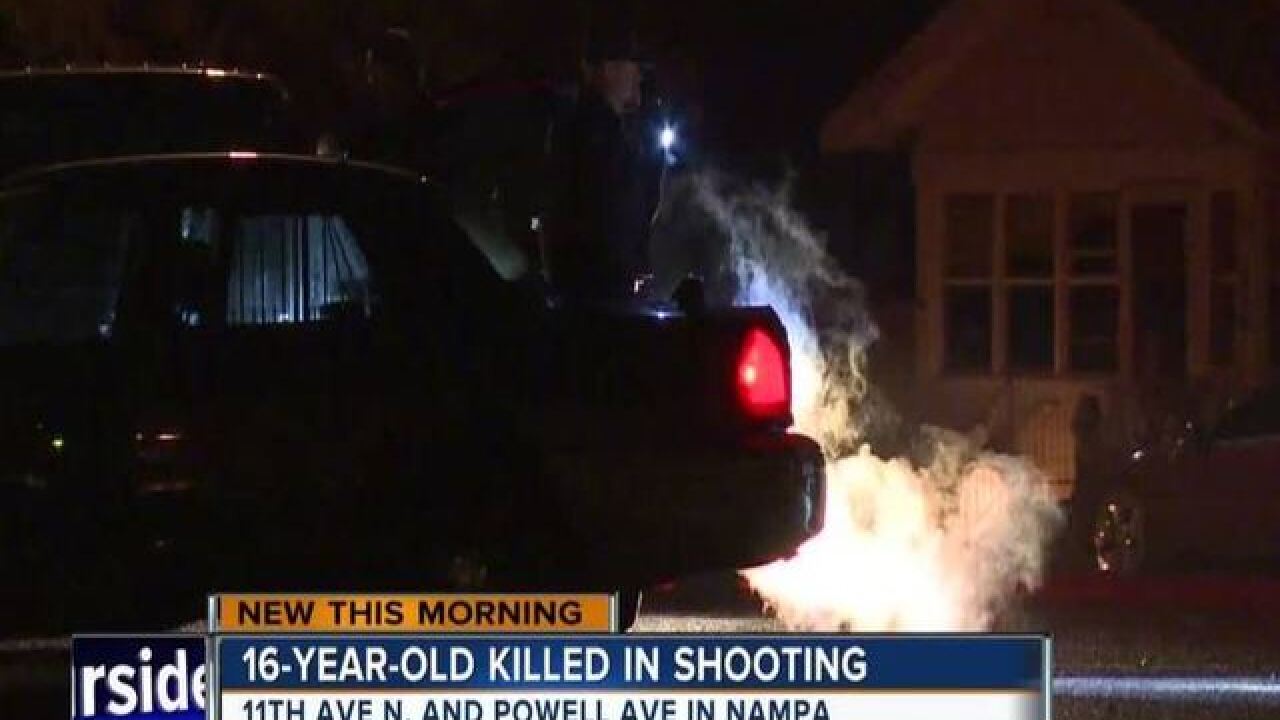 The shooting happened shortly before 10:30 p.m. Tuesday in a residential neighborhood near the intersection of 11th Avenue North and Powell Avenue in Nampa.

Gomez was rushed to Saint Alponsus Regional Medical Center in Boise, where he later died.

Nampa Police are investigating the shooting as a homicide.

“At this time, the motive for the shooting in unknown,” according to an NPD news release.

Stay with Six On Your Side for the latest developments as they become available.