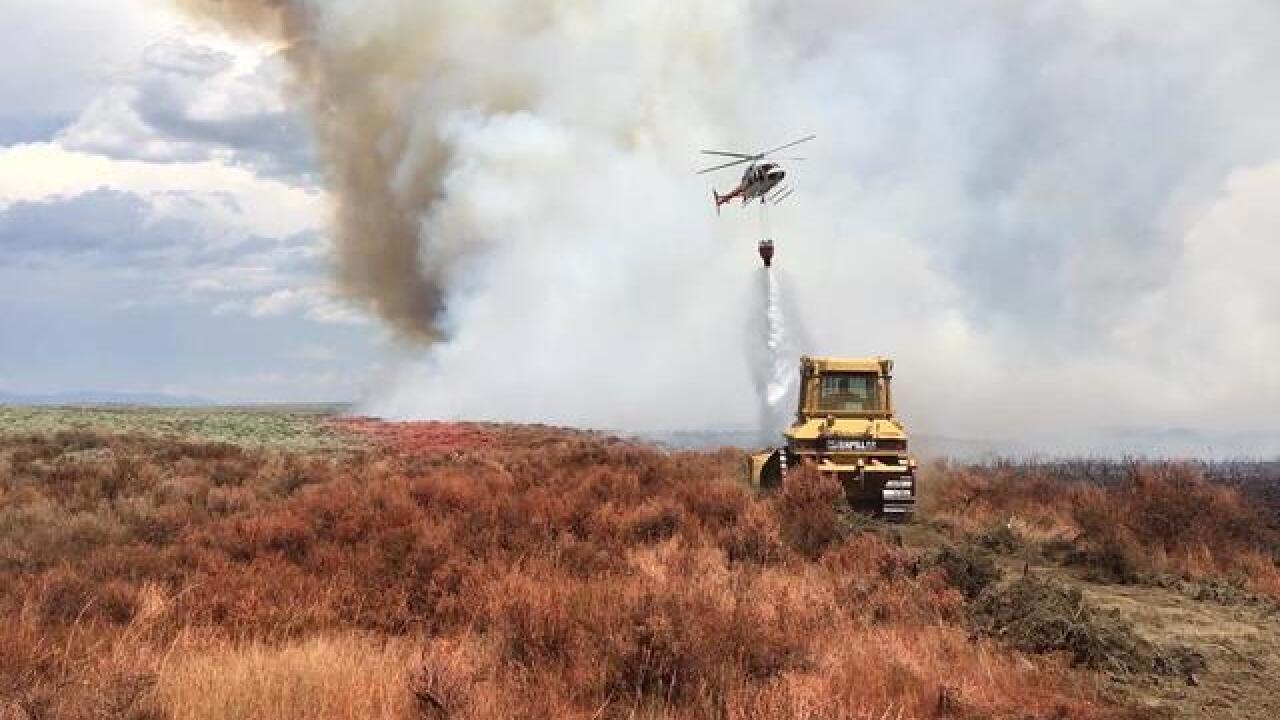 Officials said a drone was spotted flying over the Grassy Ridge Fire, 15 miles northwest of St. Anthony and nearly caused a mid-air collision on Wednesday.

About 9:20 a.m., during an aerial reconnaissance mission, one of the helicopters assigned to the Grassy Ridge Fire had a drone fly within several feet of their aircraft. "Fortunately, the pilot spotted the other aircraft just in time to take evasive action and narrowly avoid a midair collision," according to a news release from Great Basin Incident Management Team #3.

All aircraft fighting the Grassy Ridge Fire were immediately grounded and will remain so -- hampering the fire suppression and repair efforts -- until it can be verified that the airspace over the fire is safe to fly in again, the release said.

A flight crew member was able to take a photo of a white pickup truck speeding away from the area and notified the Fremont County Sheriff’s Office.

Temporary Flight Restrictions issued during firefighting efforts bar all "non-incident aircraft" --  including drones -- from flying within the well-publicized areas over a fire.

Authorities said the TFR hours in the Grassy Ridge Fire had been modified from a 24-hour restriction to 8 a.m. to 10 p.m., in large part to allow area ranchers and others a window of time to safely search for missing cattle.