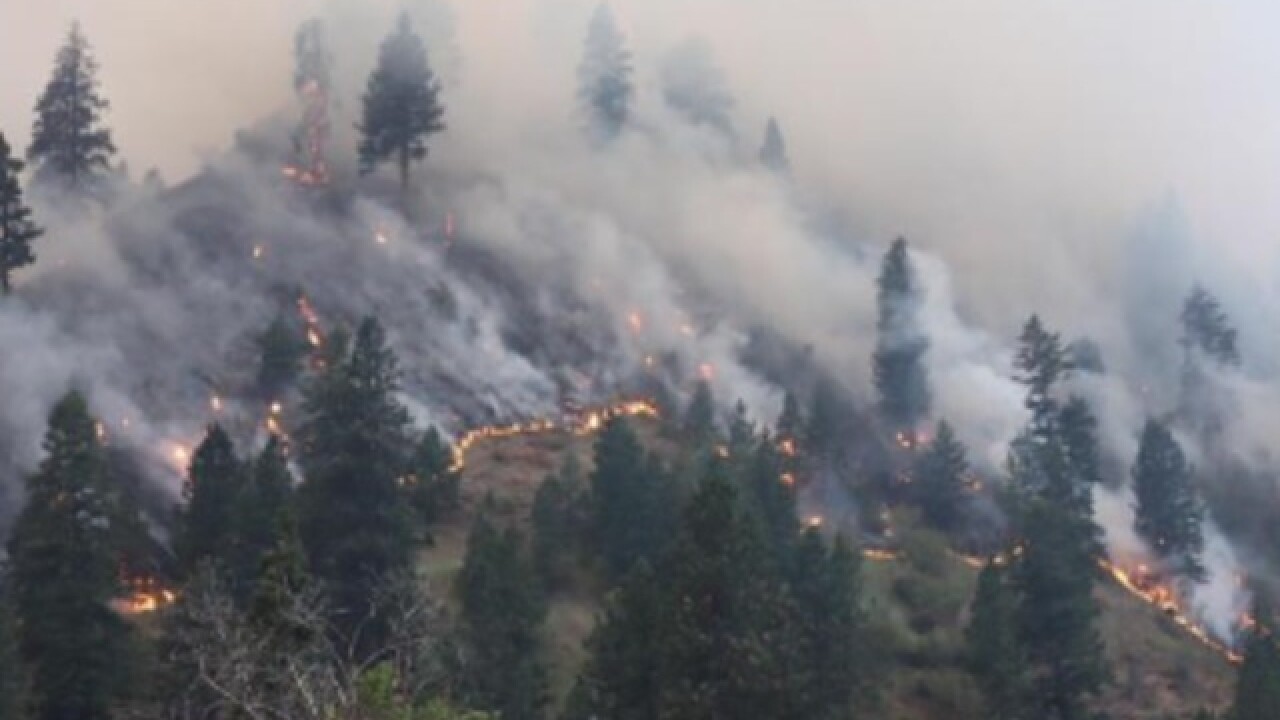 Copyright 2018 Scripps Media, Inc. All rights reserved. This material may not be published, broadcast, rewritten, or redistributed.
inciweb.nwcg.org

The 4,381-acre Rattlesnake Creek Fire burning near Highway 95 in Idaho County is threatening a number of homes, properties, and other structures in the Pollock, Pinehurst, and Whitewater Wilderness Ranch Estates areas, according to fire managers.

No structures have been destroyed yet.

The human-caused fire was about 30 percent contained Friday

A Type 2 Incident Management Team is currently managing the fire.

On Thursday, crews patrolled secure containment lines on the northern and eastern sides of the fire. Crews further secured the fire edge on the northwest side and performed burnout operations to secure a portion of the western side.

Residents in the North Pollock, Whitewater Wilderness Ranch Estates, and Pinehurst areas remain in pre-evacuation status –- in others words, they’ve been told to be ready to leave the area on short notice.

Some road and area closures remain in effect to provide for public safety.

The Nez Perce-Clearwater and Payette National Forests also have area closures in effect, including portions of the Hells Canyon National Recreation Area.

Smoke and traffic congestion will continue to be potential hazards along the Highway 95 corridor.

For public and firefighter safety, drivers are urged to obey safety signage and speed reductions and to not stop along the roadways to observe the fire or the firefighting efforts.