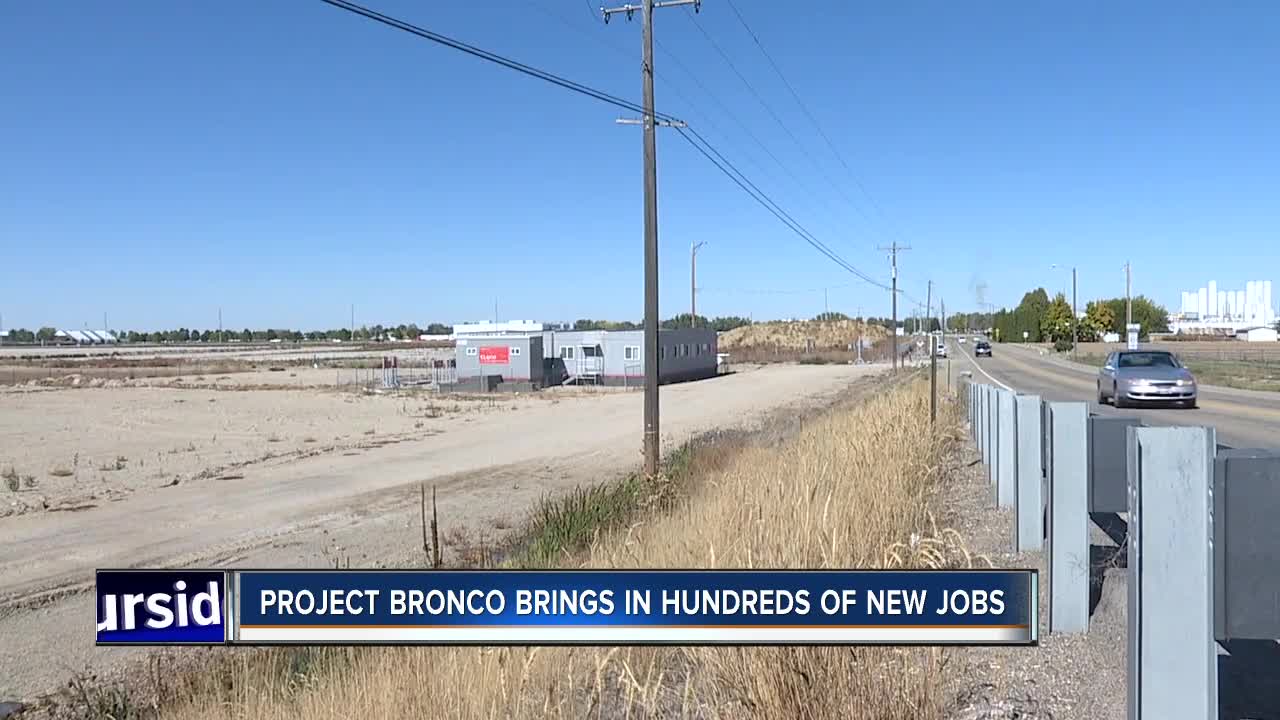 A major warehouse project in Nampa has officially been confirmed as an Amazon Fulfillment Center.

NAMPA, Idaho — A major warehouse project in Nampa has officially been confirmed as an Amazon Fulfillment Center.

Project Bronco had been planned for the corner of Franklin and Star roads in Nampa but was put on hold in February of this year. Rumors had swirled for some time that the large empty lot was going to be the site of a regional Amazon distribution center.

City officials have long remained mum on the project, creating even more speculation.

Months of speculation –- and, some would say, mystery -- are over. Officials have confirmed a major warehouse project in Nampa will be an Amazon Fulfillment Center. Click the link in our bio to learn more.

To add to the mystery, the project had even been affectionately dubbed “Project Bronco.”

“We’re excited to open our first customer fulfillment center in Idaho and to bring more than 1,000 full-time jobs to the city,” said Alicia Boler Davis, Amazon’s Vice President of Global Customer Fulfillment. “Amazon is committed to creating a positive economic impact in Nampa and enhancing the customer experience throughout the region.”

The facility will allow Amazon to fulfill customer orders such as books, electronics, and toys. Governor Brad Little says the jobs created by the center will have a huge impact.

“Amazon’s investment in Nampa will add job opportunities for our citizens and create a ripple effect of economic activity throughout the region,” Idaho Governor Brad Little said. “The investment demonstrates that Idaho’s workforce and economy continue to attract the ideas and businesses that thrive in a knowledge-based economy. We are proud that Amazon chose Idaho to expand and do business.”

According to a press release, all associates will go through safety training and ongoing coaching and will have access to continuing education opportunities through Amazon’s upskilling programs such as Career Choice. The company will pre-pay up to 95 percent of tuition for courses related to in-demand fields, regardless of whether the skills are relevant to a career at Amazon. Since the program’s launch, over 25,000 employees have pursued degrees in game design and visual communications, nursing, IT programming and radiology, to name a few.

Nampa Mayor Debbie Kling said, “I would like to thank Amazon for choosing Nampa to locate their newest fulfillment center. Their investment in local transportation improvements and a competitive employment package represents a significant opportunity for our community. The City of Nampa will do everything we can to support the expedited construction timeline and we look forward to being part of the Amazon family.”

This project is being developed in partnership with Pannotoni Development Co. Inc.