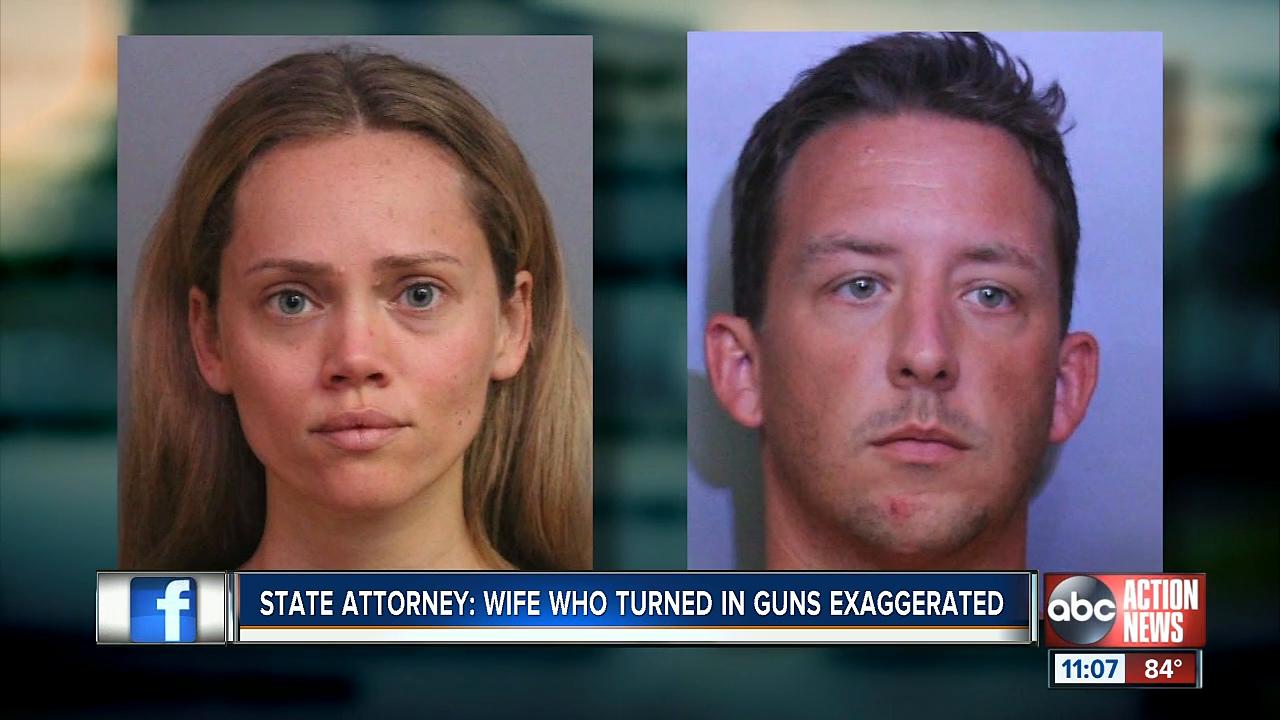 State Attorney Brian Haas is pursuing a misdemeanor trespassing charge against a Lakeland woman who was arrested in June for taking her husband’s guns and giving them to police. 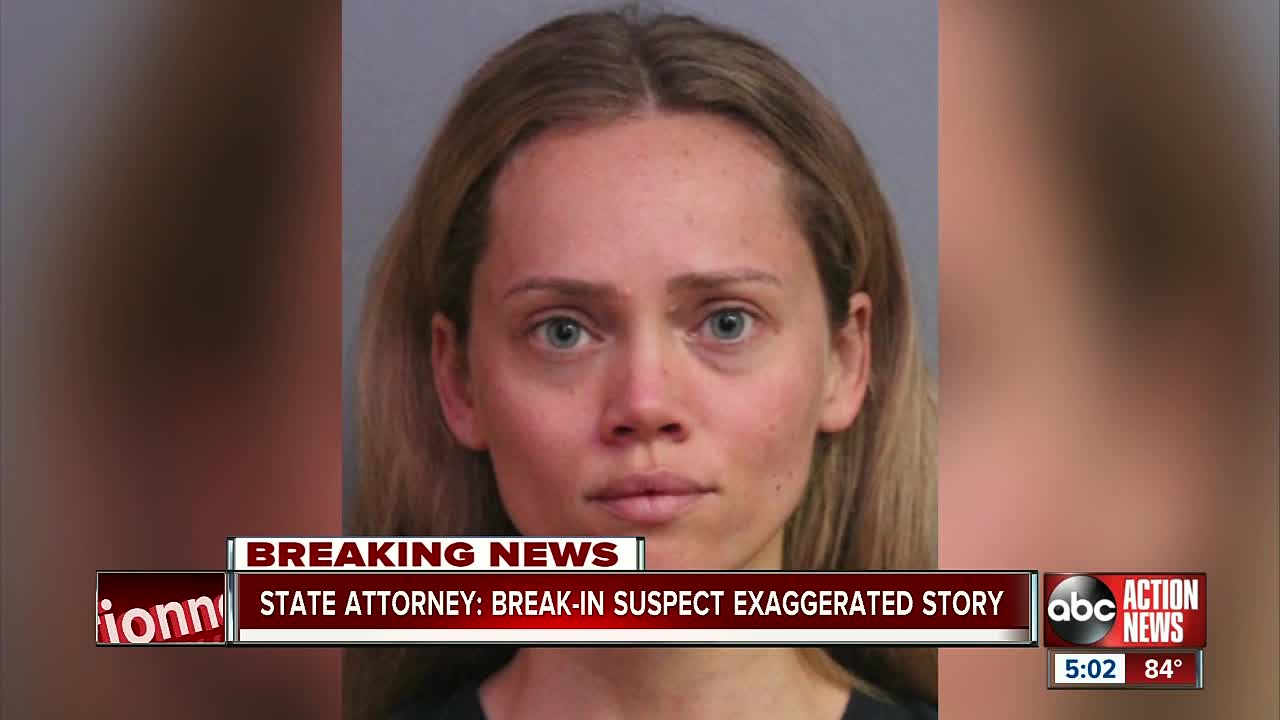 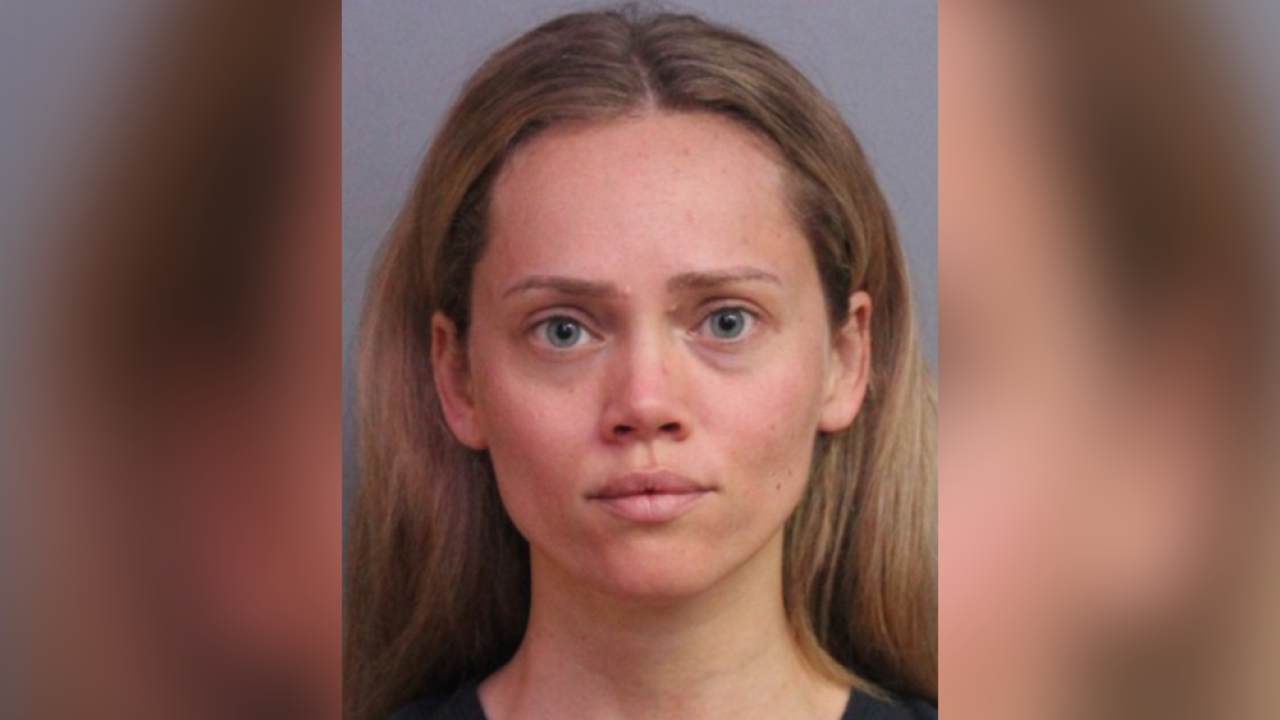 LAKELAND, Fla. — State Attorney Brian Haas is pursuing a misdemeanor trespassing charge against a 32-year-old Lakeland woman arrested in June for taking her husband’s guns and giving them to police.

Haas announced the charge during a press conference on Wednesday. He says the couple is in the middle of "particularly acrimonious" divorce and says details previously reported are exaggerated and, in some instances, false.

Courtney Irby was arrested on June 15 for armed burglary of a dwelling and grand theft of a firearm. Her arrest made national headlines and drew criticism from state legislators to advocates for domestic violence victims, with many urging for the charges to be dropped.

Courtney Irby's arrest is a disgrace. In @HillsboroughFL , we disarm domestic abusers who have legally forfeited their right to having a gun, and we always stand with survivors--not arrest them. @WAGV @MomsDemand @ProsecutorsAGV https://t.co/ku2do9LuA6

Ms. Irby should NOT be prosecuted for protecting herself and her family. @LakelandPD never should have arrested her, and we as a state must do better in preventing DV and keeping guns out of the hands of domestic abusers. https://t.co/3a2tk9LU9F

Haas says the couple was in the middle of a tumultuous divorce, both having moved out of their shared home but continuing to frequently argue over property, their children and finances.

According to Haas, Mrs. Irby illegally trespassed into Joseph Irby's apartment on June 15 and took several items, including the guns, with the intent to sell or pawn them.

He says taking the guns was "an afterthought."

"The narrative that Mrs. Irby went to the apartment to get the guns to protect herself and her children is false," Haas said during the press conference.

Mrs. Irby went into the apartment with a friend, who said in sworn testimony that the items were taken for the purpose of selling or pawning them for money, according to Haas.

Haas says on June 14 the couple were involved in a texting argument regarding one of their children and the fact that Mrs. Irby was having coffee with a friend.

Haas says Mrs. Irby went to the Lakeland Police Department in an effort to have Mr. Irby arrested. He was not, at that time.

“Unable to get him charged with a crime, Mrs. Irby drove to Bartow,” Haas said.

The couple continued to argue over a doll belonging to one of their children. According to Haas, Mr. Irby was upset their child didn't have the doll, which was in Mrs. Irby's possession.

It was previously reported that Mr. Irby was arrested in Bartow after Mrs. Irby accused him of tailing her car and ramming into it following a divorce hearing.

Haas says there was no divorce hearing. He says Mrs. Irby said that to police after her husband's arrest but it is, "completely false."

The couple did get into an incident involving their vehicles. Haas says they hit each others vehicles at "very low speed." He says there is, "sufficient evidence to file the aggravated battery charge against Mr. Irby.”

Mr. Irby was arrested and charged with a domestic violence count of aggravated battery with a deadly weapon. Mrs. Irby filed for and received a temporary injunction against her husband the day of his arrest.

The next day, June 15, during Mr. Irby's first appearance, Mrs. Irby participated by phone. She asked the judge to prevent Mr. Irby from having guns, according to Haas.

She then started packing to leave the area with the help of friends, Haas said. He says a friend went to the home the Irby's shared while married and got a luggage carrier.

Haas says the key for the carrier was on Mr. Irby's spare ring, which was in his apartment. Mrs. Irby went to the apartment with a friend.

“Upon entering the apartment, Mrs. Irby retrieved the luggage carrier key and, because of her ongoing frustration with Mr. Irby (and) having allegedly cleaned out a joint bank account, Mrs. Irby helped herself to several items inside Mr. Irby’s apartment. There items include at least two men’s watches, a GoPro, possibly a computer, items belonging to the children and two guns,” Haas said.

After leaving the apartment, Haas says Mrs. Irby continued to pack. When another friend learned she had the guns, that friend urged Mrs. Irby to take them to police.

Mrs. Irby brought the guns to police and was arrested for armed burglary of a dwelling and grand theft of a firearm. Haas says she will not face any charges for taking anything from the apartment.

"I am not charging Mrs. Irby with any crime related to the taking of objects inside the apartment," Haas said. “The division of marital and non-marital property is best left to the divorce judge."

After the announcement, Haas hit out at people using the case as a platform to "advance their own political agendas."

"Mrs. Irby is a victim of domestic violence, but that does not excuse her from trespassing and making a property grab while he husband is in jail," Haas said.