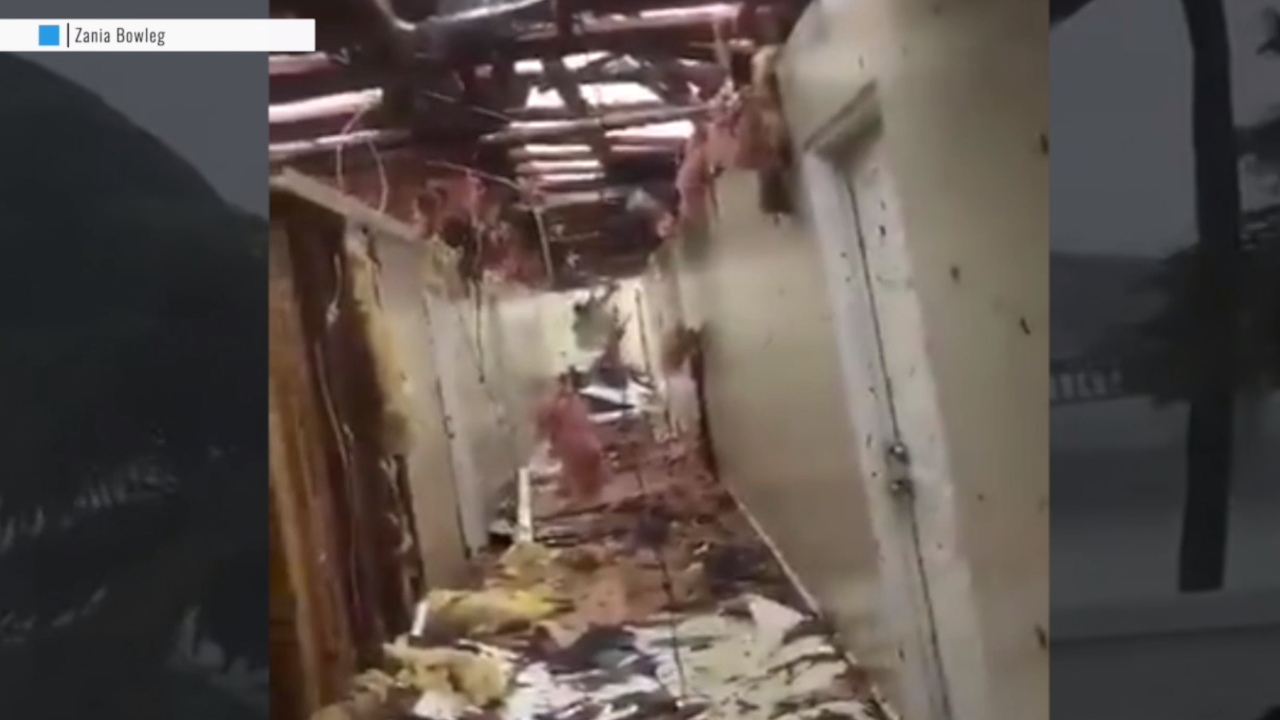 Unrelenting rain. Shrieking winds. Catastrophic damage. People on the ground described a hellish night as Hurricane Dorian slammed into Grand Bahama Island on Sunday as a Category 5 storm with winds of 180 mph. At least one person was killed and many have been left homeless.

Here, in their own words, is what people are going through in the Bahamas as they deal with Dorian.

"It's not safe to go outdoors, power lines are down, lamp posts are down, trees are across the street. It is very dangerous to be outdoors if you don't have to be outdoors. We're holding strong ... we're just asking you to continue to pray for us."

'This needs to end'

Vernal Cooper sheltered from Dorian in a government building in Marsh Harbour, Bahamas.

"We made it there during the eye," he said in video which showed storm damage on Sunday. "There's damages everywhere around my area. Cars and houses destroyed. This is what's left of Marsh Harbour. This needs to end."

He said his home was also affected.

"The roof was blown off, with wind and rain battering inside the house. It was the single most-scariest thing I've ever experienced in my life," he added.

Cooper said many people in the Abaco Islands aren't able to talk to their relatives because communication lines are cut out due to power outages.

"So many family members are worried," he said.

CNN's Patrick Oppmann described what the storm sounded like Sunday night as Dorian made its way through Grand Bahama Island.

"Sounds like a jet engine outside right now," said Oppman, during his live report from the city of Freeport. "Howling, blasting, wailing. The longest night of so many people's lives in the Bahamas right now.

'The worst is yet to come'

Florida-based Simone Chandler shared on Twitter a video her mother Lena Chandler sent her from Freeport. It shows Hurricane Dorian pounding trees and buildings with high winds and rain.

"Everyone in the house is safe but the worst is yet to come," Chandler told CNN. "There is about 6 feet of water at the moment outside. Inside the house, water is about 5 feet and will continue to rise. It is a two-story home so my family is upstairs."

Ingermar Nixon is riding out the storm from his house on the beach in Freeport.

"The situation is devastating. Lots of wind and rain," he told CNN. "Last night it was a huge amount of wind with a lot of gust. It started raining heavy following the wind."

He said his house has suffered damage.

"The window is leaking water and there was flooding on the ground floor," Said Nixon. "I'm hiding upstairs. I'm planning to stay here as there's nowhere to go now. Water is creeping up to my house with the ocean at the back of it."

'Praying for my family'

Florida state Rep. Shevrin Jones posted a video sent to him by his family in the Bahamas which shows Dorian battering the windows and the door of their two-story house.

He said his family is doing well but suffered a lot of damage.

"Praying for my family and others in the Bahamas," he said in a tweet.