How Hurricane Dorian is impacting travelers 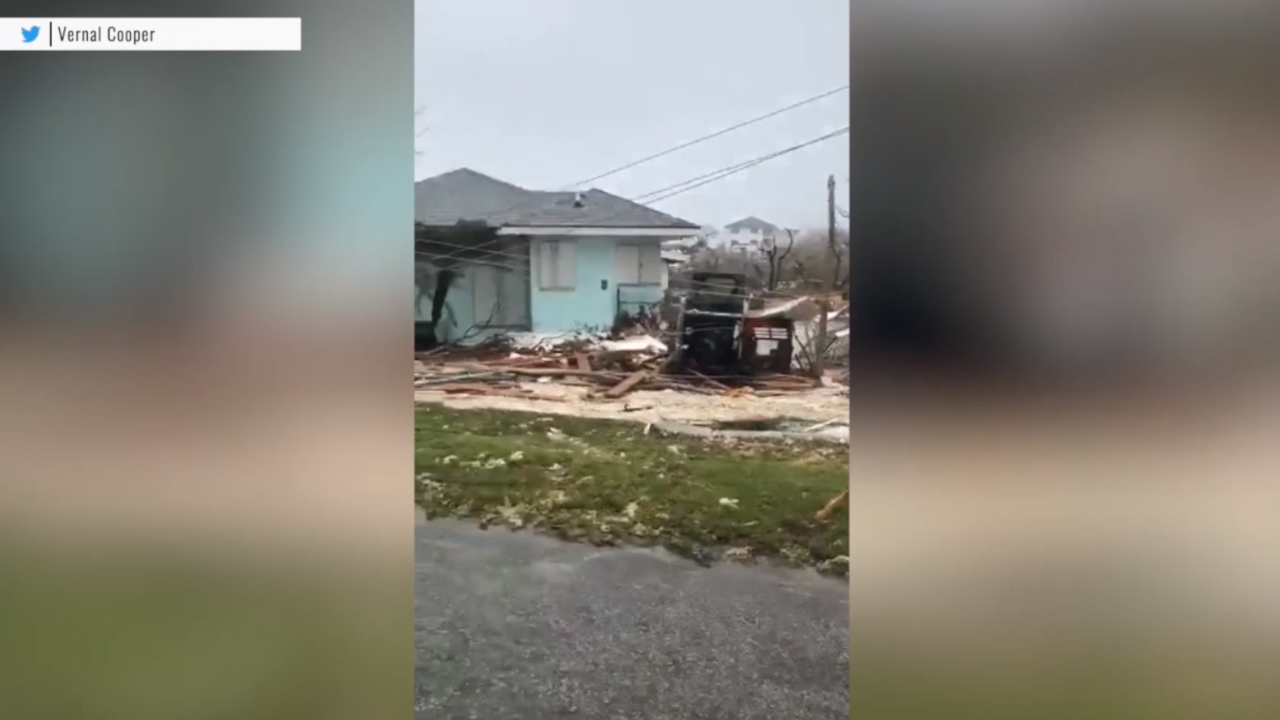 Hurricane Dorian, the strongest storm to hit the planet so far this year, has swept into the Bahamas, leaving many travelers among those affected.

The hurricane made landfall at Grand Bahama, the northernmost island in the country, with the US National Hurricane Center warning that "although gradual weakening is forecast, Dorian is expected to remain a powerful hurricane during the next couple of days."

While devastating for residents, the hurricane also spells trouble for travelers in the Bahamas, as well as those planning to visit Florida, Georgia and the Carolinas in the United States -- all regions that could still see the impact of the storm over the next week.

On the islands of Abaco and Grand Bahama, early reports suggest that there's been severe damage and destruction.

"We don't yet have a complete picture of what has happened. But it is clear that Hurricane Dorian has had a catastrophic impact," said Sune Bulow, Head of IFRC's Emergency Operation Center in Geneva, in a statement from the International Federation of Red Cross and Red Crescent Societies (IFRC).

Flights to and from destinations in the hurricane's path have been canceled and delayed. Carriers including American Airlines , Southwest , JetBlue, Spirit, United and Frontier are offering travelers the option to change or delay flight tickets, terms and conditions applying.

Cruise ship itineraries are also impacted. Royal Caribbean says it is " closely monitoring " Dorian, shortening and extending some ship itineraries where necessary, although the company said that "being onboard a ship is one of safest places to be during a storm."

Many hotels in the region have been boarded up and travelers have been evacuated to temporary shelters.

The IFRC report states that Dorian has damaged as many as 13,000 houses. In the first wave of the Bahamas Red Cross response, about 500 local families will receive emergency shelter assistance, supplied with tarpaulins, blankets, kitchen sets, and solar cell phone chargers.

There will likely be further relief over the coming week: the American Red Cross says 19 million people live in areas across Florida, Georgia and South Carolina that could be impacted by the storm in the upcoming days.

Chef Jose Andres said -- before the hurricane hit -- hotel owners in the Bahamas pledged to be part of the hotel relief effort, offering Andres' nonprofit World Central Kitchen the opportunity to use hotel kitchens to serve food to those in need.

Andres said on September 1 that the nonprofit has not yet been able to confirm whether or not this offer still stands, due to communication issues.