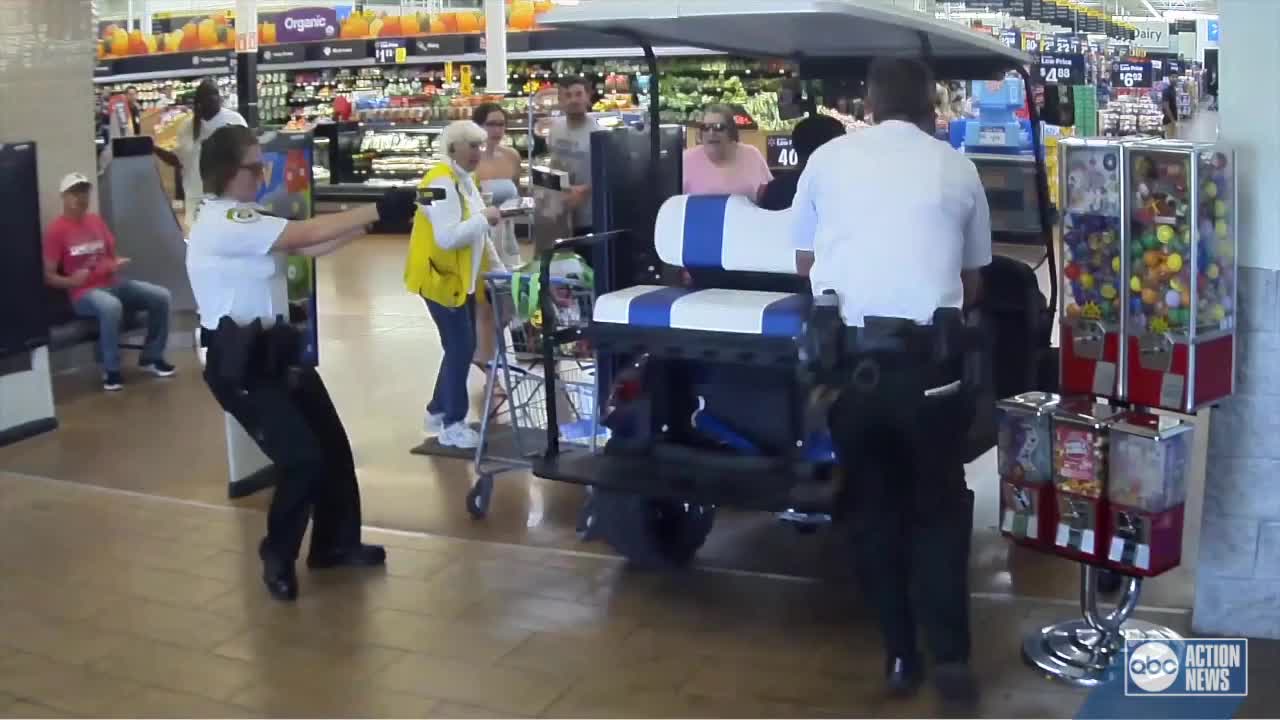 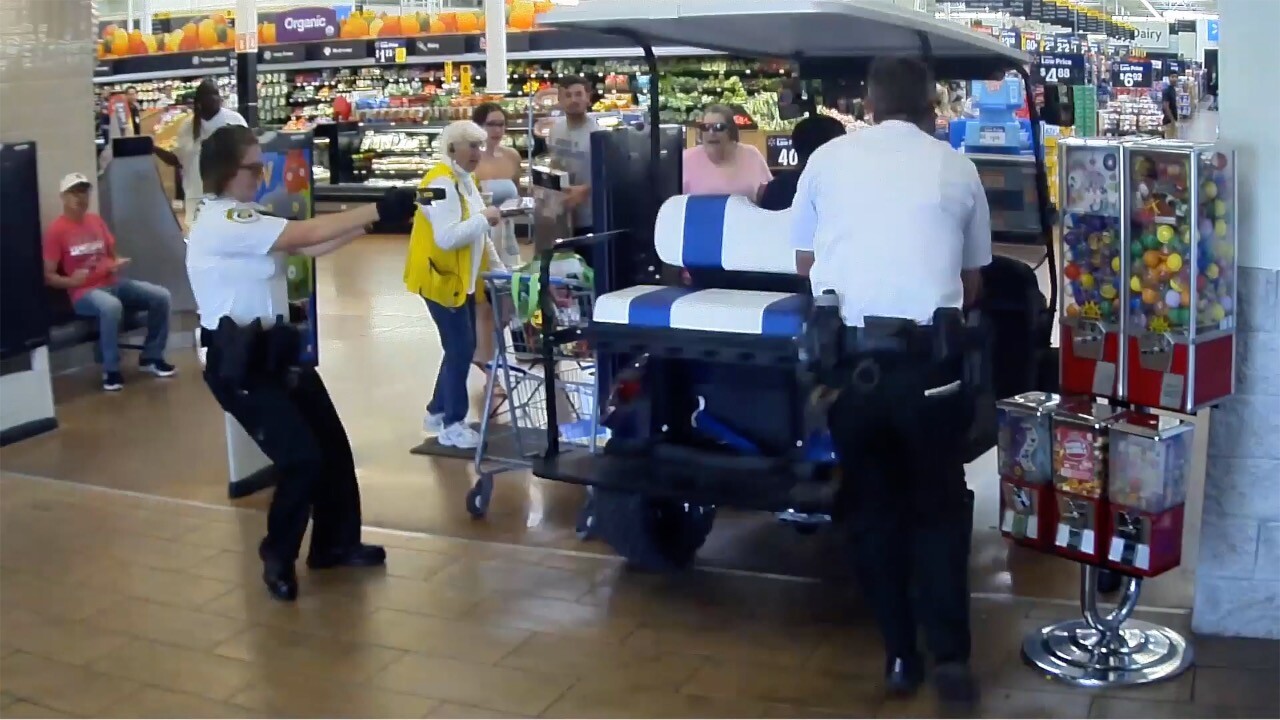 Surveillance video captured a man driving a golf cart through a Florida Walmart.

On Thursday afternoon, deputies were called to a Walmart in Hillsborough County, Florida, for reports of a man on a golf cart blocking the liquor store entrance, refusing to leave and demanding to speak with a manager.

This is the same Walmart where a Walmart worker's son was arrested for threatening to shoot up the store days ago .

Deputies began speaking to the man on the golf cart, Michael Hudson.

While speaking with deputies, Hudson reportedly suddenly accelerated through the heavily congested pedestrian area in front of the store toward the main entrance nearly striking numerous pedestrians who ran to avoid being hit.

Deputies repeatedly ordered Hudson to stop, but he continued at a high rate of speed and crashed the golf cart through the glass front doors of the main store entrance.

Deputies say Hudson continued accelerating the golf cart into the checkout area of the store as several patrons were hit and many others had to jump out of the way.

Hudson ultimately crashed into a cash register and nearby deputies took him into custody.

Surveillance video from the store captures the moment he drove through the entryway being chased by deputies with a Taser.

This article was originally published by WFTS .