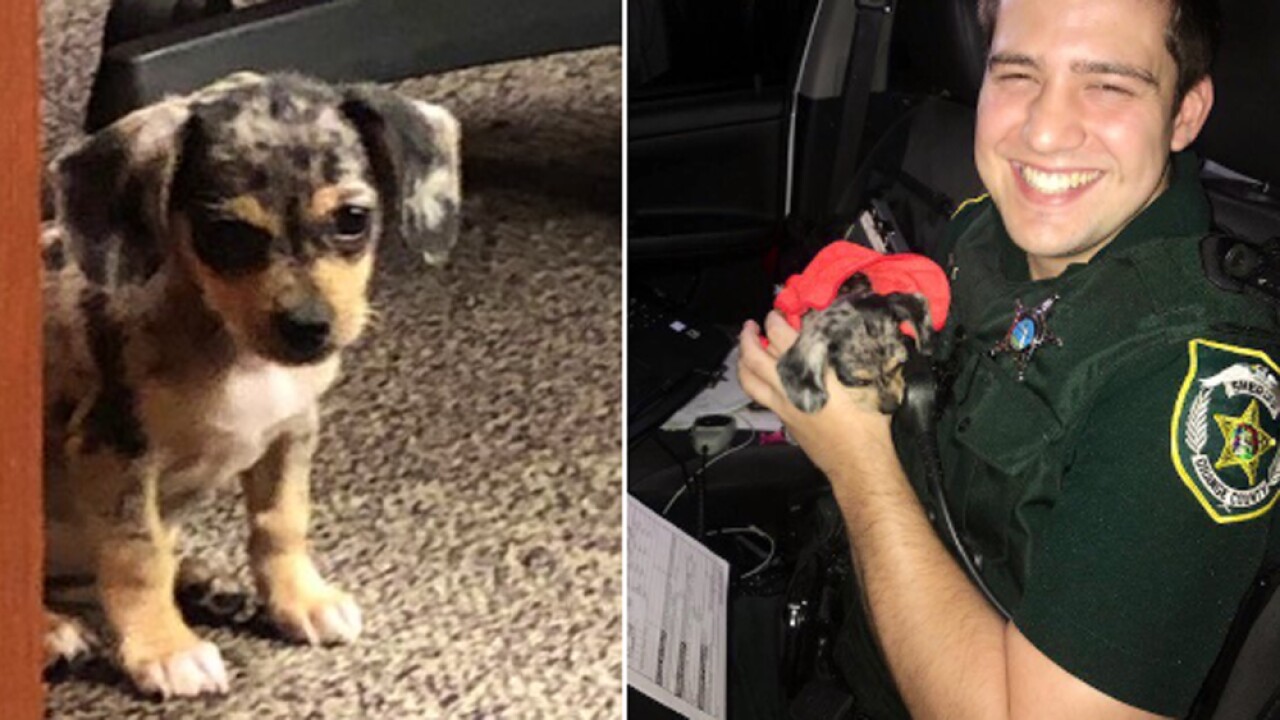 The Orange County (Florida) Sheriff’s Office made a new friend this week while Hurricane Dorian threatened the state.

The agency tweeted a photo of a deputy, who was all smiles, holding an adorable puppy that he saved.

The sheriff’s office said deputies responded to a suspicious vehicle that was unoccupied and partially flooded after crashing into a ditch.

“Deputy Tolliver checked it out and found this pup & named her Dorian,” said the tweet.

The sheriff’s office said the cute pup will be turned over to the Orange County Animal Services.

While working the #Hurricane , deputies responded to a suspicious vehicle, unoccupied & partially flooded from wrecking in a ditch on Apopka Blvd. Deputy Tolliver checked it out and found this pup & named her Dorian. She’ll be turned over to @OCAS_Orlando today. pic.twitter.com/hsP38FhWM2

This article was originally written by Scott Sutton for WPTV.