Inside the Statehouse: Senate adjourns, House returns -- and other takeaways from end-of-session speeches 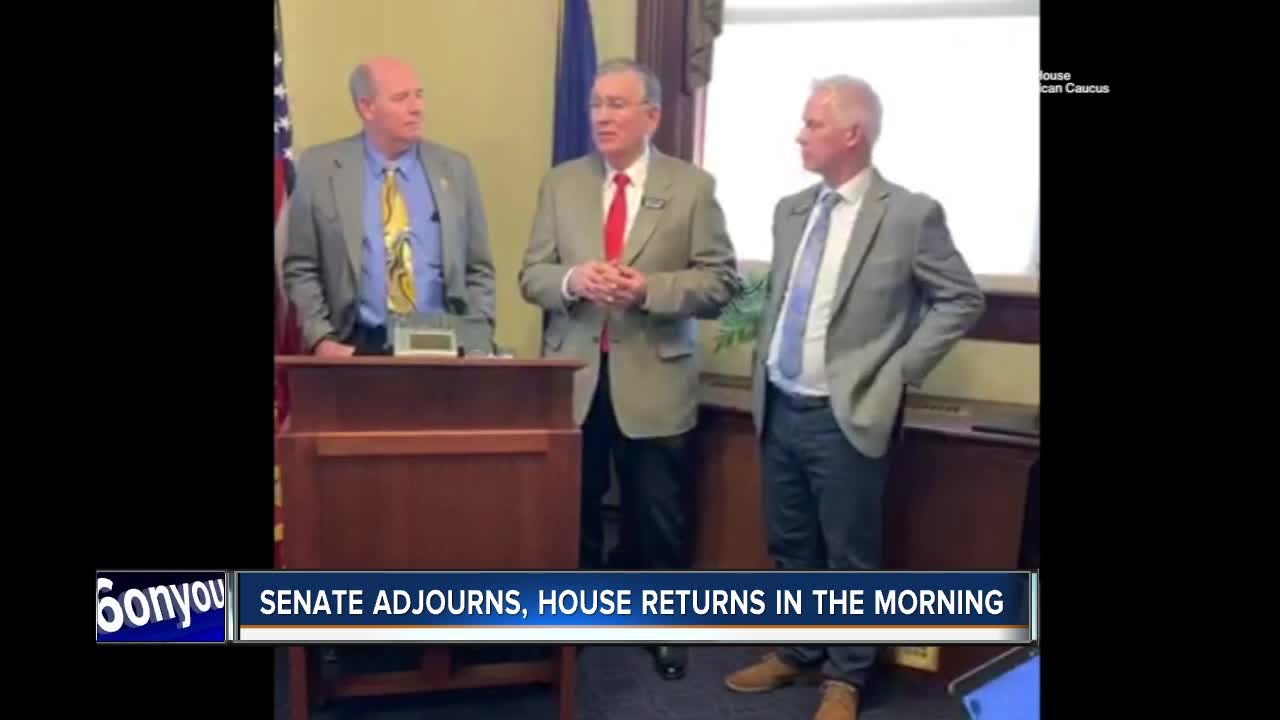 The Senate adjourned Sine Die Thursday night, but the House voted to meet again tomorrow morning, meaning not everybody wrapped their legislative session Thursday. This -- despite what some might have expected amid COVID-19 concerns for "social distancing."

BOISE, Idaho — The Senate adjourned sine die Thursday night, but the House voted to meet again Friday morning, meaning not everybody wrapped their legislative session Thursday. This -- despite recommendations to practice social distancing from national experts like the CDC amid COVID-19 concerns.

Still, many lawmakers on both sides of the aisle say they’re heading back to their home districts tonight, and in separate press conferences Thursday, they reflected on the outcomes of this 2020 session.

"If I’m looking back on this session -- and the others can certainly speak for themselves -- I’m gonna count a couple, or a handful, of successes," said House Speaker Rep. Scott Bedke, R-Oakley.

"I was very disappointed in how much other harmful divisive legislation was passed,” said Rep. Ilana Rubel, House Minority Leader, D-Boise. “We surely have better things to do with our money in these troubled times."

No matter which way you spin it, this was a session marked by fervent disagreement on bills that gained national attention, like the "Fairness in Women's Sports" bill, the birth certificate bill, and the bill to ban gender-affirming youth healthcare — the first two of which are heading to the governor’s desk. All three of these bills target(ed) transgender people in Idaho.

“I think you saw an enormous amount of research and legwork done on those issues. Most of them passed on a party line vote, and these are issues that resonate with the party," said Rep. Bedke.

“Their bills seemed largely targeted at making life as difficult as possible for minority and marginalized members of the society, and there was remarkably little interest in addressing the very real problems we face," said Rep. Rubel.

The 2020 Legislative Session was marked by debate over property taxes, criminal histories, and colleges and universities support — a budget that was sent back three different times despite the outbreak, which, by the way, is another thing Democrats and Republicans disagree on.

“It was frankly embarrassing that the legislature remained in session until today, in flagrant disregard for all public health guidance, from the White House on down," said Rep. Rubel.

“I try to continue to remind people what the protocols are based on what your location is," said Rep. Megan Blanksma, R-Hammett. "Obviously, for those of us sitting here in Ada County, or when I go home to Elmore county, the protocols involve washing your hands, staying home if you’re ill, not trying to be around a susceptible population.”

Readers at home should know, however, that the CDC considers those over 65 to be a susceptible population, and urges them to socially distance even if they’re not sick, because people can even carry the virus without showing symptoms.

Overall, though, there were some things both sides of the aisle agreed on — like a bill saying property managers would need to give tenants 30 days notice if they wish to raise rent more than 10%, a bill to compensate Idaho’s wrongfully convicted, as well as a bill increasing pay for veteran teachers.

We’ll keep you updated on these bills, and others, as they head to the governor's desk.