Inside the Statehouse: New bill would ban trans athletes on girls' sports teams in schools

Is this even a common situation in Idaho? 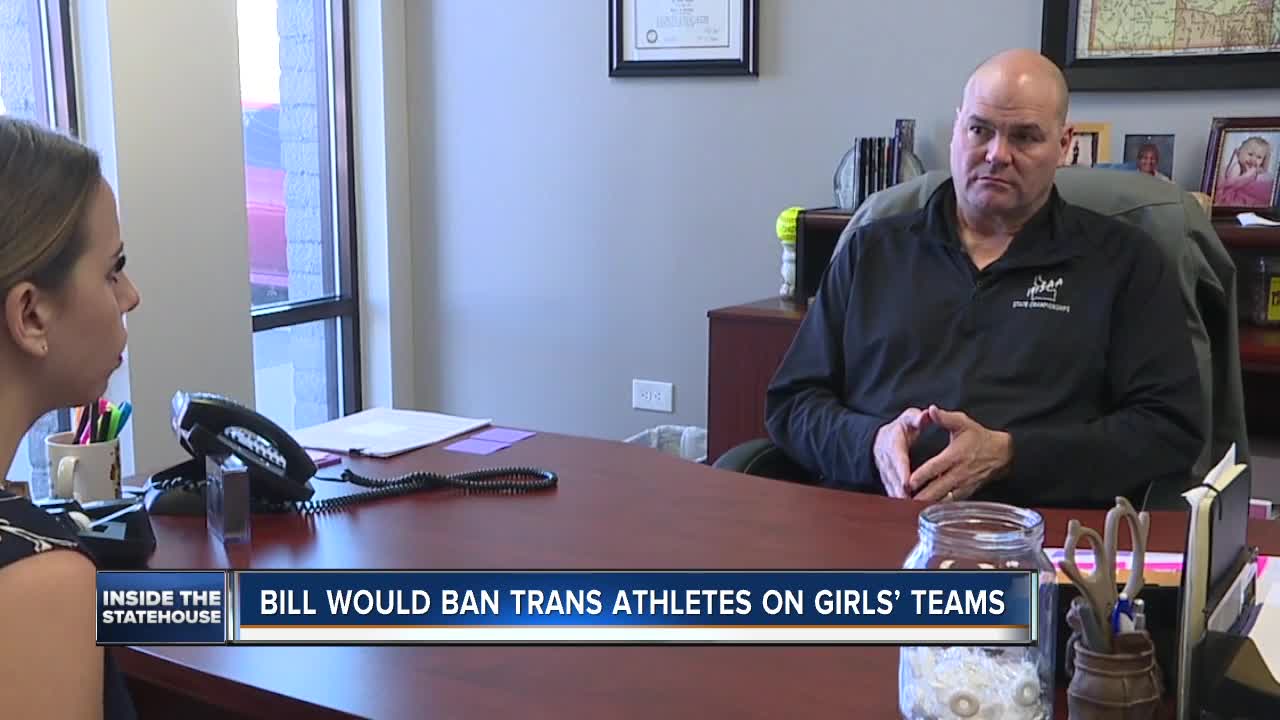 In a move sparking controversy, one Idaho lawmaker introduced a bill that would restrict transgender girls from playing on girls' high school and college sports teams.

BOISE, Idaho — In a move sparking controversy, one Idaho lawmaker introduced a bill that would ban transgender girls from playing on girls' high school and college sports teams.

The bill is being called disheartening and unimportant by some lawmakers, but Rep. Barbara Ehardt (Idaho Falls-R) said she doesn’t view her bill as anti-transgender, but that in her view, transgender girls being able to play on cisgender girls’ teams is unfair.

"This issue is about fairness in girls and womens' sports," said Ehardt.

Ehardt went to college on a basketball scholarship, and later spent 15 years as a college basketball coach.

"It's about making sure that we preserve those opportunities, that people like me and those who came before fought so hard to preserve in the first place," said Ehardt, in reference to the federal Title IX civil rights law in 1972, which gave girls and women the opportunity to participate in team sports.

With this new bill, she's now targeting only trans girls/women, restricting them from being able to play on girls’ teams in high school and college sports.

According to a Williams Institute study, Idahoans who identify as transgender make up 4,750 people or .4% of the population.

"Has there been an issue within Idaho where a transgender person tried to compete in women's sports?" asked Mike Sharp, a 6 On Your Side executive producer.

"That's not something that's hit the news," replied Ehardt. "But we know it's becoming more and more prominent."

So I went to the office of the Idaho High School Activities Association (IHSSA) to learn how prominent it is. The IHSSA governs 162 high schools across the state.

"Has this issue ever come across your desk?" I asked.

"No it hasn't," Ty Jones, executive director of IHSSA.

This -- in his six years of working in his role. But he said they do have a pre-existing policy on trans athletes in high school sports, which came to them from the National Federation of High Schools.

"Which is our governing body," explained Jones. "[They] told all the states you should probably have a transgender policy of some type."

That policy, he said, requires trans women athletes who wish to participate on girls' teams to receive hormone therapy for a year.

"You're under doctor's care, and you have a plan of hormone treatments that take up to a year, and once you have started that, you can still participate on the boy's team. But after a year, then if you if the doctor approves, and you could complete the therapy, you could play on the girls' team -- but then you could not go back," said Jones.

This bill makes up one of many similar bills being introduced across the country.

If Ehardt's bill is passed, it could create some pretty big complications for state colleges and universities in Idaho that are members of the NCAA. The NCAA requires its members to allow transgender athletes to participate in sports that align with their gender identity.

Transgender men may do so immediately, but similar to the National Federation of High Schools, the law for trans women in the NCAA is that they must undergo testosterone suppression therapy for a year before competing.

As I previously reported, another Republican lawmaker, Rep. Christy Zito (R-Hammett) introduced a bill this session that would ban doctors from even providing hormone treatments to people under 18, so I'll keep you updated on that -- as well as on Ehardt's bill.