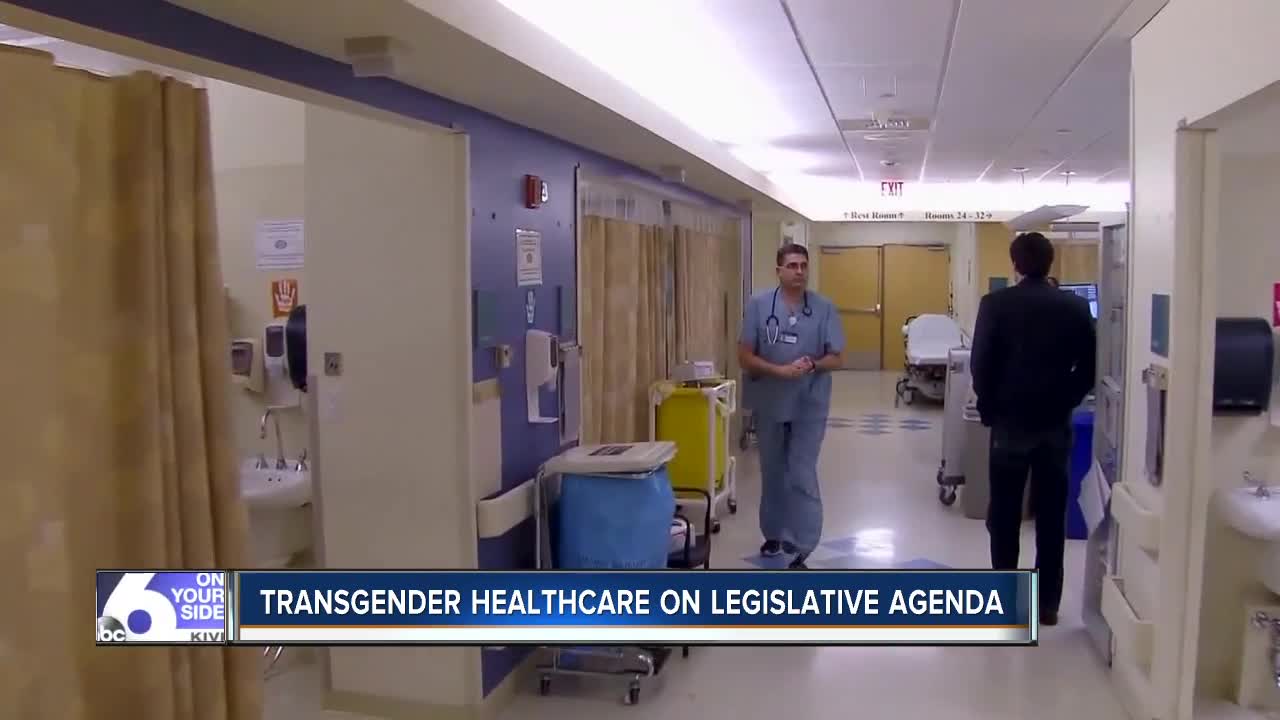 BOISE, Idaho — In a move angering many in the LGBTQ+ community, Idaho and more than a dozen other states are considering legislation called The Vulnerable Child Protection Act, which aims to strip transgender minors from accessing puberty-blocking hormones, estrogen or testosterone, and gender-confirmation surgeries.

Representative Christy Zito (R-Hammett) is sponsoring this legislation that would make it a criminal act for doctors like Davis to provide gender-affirming treatments or procedures to Idaho children under 18. Zito said she believes inhibiting access would in-turn protect local minors.

"These are life-changing and sometimes life-threatening decisions," said Zito. "In the state of Idaho, someone under 18 can't even get a tattoo without parental consent... This would just make it so that medical professionals cannot prescribe hormones or perform body-mutilating surgeries."

But one local family medicine doctor, Dr. Ashley Davis, MD, says this could have dangerous implications on an already vulnerable population.

"This could possibly cause harm, and it would cause a lot of people to suffer," said Davis.

This includes access to puberty blockers by transgender individuals under 18. Puberty blockers, like the FDA-approved Lupron, for example, are often administered in minors who've been diagnosed with gender dysphoria in order to buy them extra time to explore and understand their gender without going through puberty.

"It saves them down the road. For example, the trans female will often pass better if they have taken the hormones at the right age when they're younger, so that they don't develop the Adam's apple or the [pronounced masculine] forehead."

With puberty blockers, natural puberty does resume when the hormone wears off. They may, however, cause cosmetic body changes that are not easily reversed, like body fat redistribution and changes in body hair, but the only major side effect is the patient's potential for falling behind on bone density. But Davis says the mental health benefits of hormones like these usually far outweigh the risks.

"This process does happen often around age 15," said Davis. "And part of the reason it happens at 15, is because a lot of times it's been a suicide attempt at age 14."

A new study published in the medical journal Pediatrics on Thursday, authored by a resident psychiatrist at the Harvard Medical School, found that 90% of trans adults who wanted, but could not access puberty blockers, experienced suicidal thoughts. But for trans adults who had been able to access them, the rate of suicidal thoughts went down to 75%. But Zito says her research tells a different story.

"What I'm finding through what I've read and researched is that the incidence of suicide isn't what it's perceived to be. It isn't that great," said Zito.

She did not indicate where her information came from.

"They use terminology like they're saving these vulnerable people -- I would argue that they're not saving anyone; they're harming children," said Davis. "So many of these children have had suicide attempts," added Davis.

Idaho has the fifth highest rate of suicide in the US, according to the Department of Health and Welfare. Still, Zito points out that some people could regret transitioning.

"And my bottom line is is to protect those that are under 18 from life-threatening, health-threatening, body-altering medications and surgeries that there is no road of return," said Zito.

No word yet on when the proposed legislation will receive a hearing, but 6 On Your Side will keep you updated.