Have you seen this man? He's wanted in connection to an attack on the Greenbelt 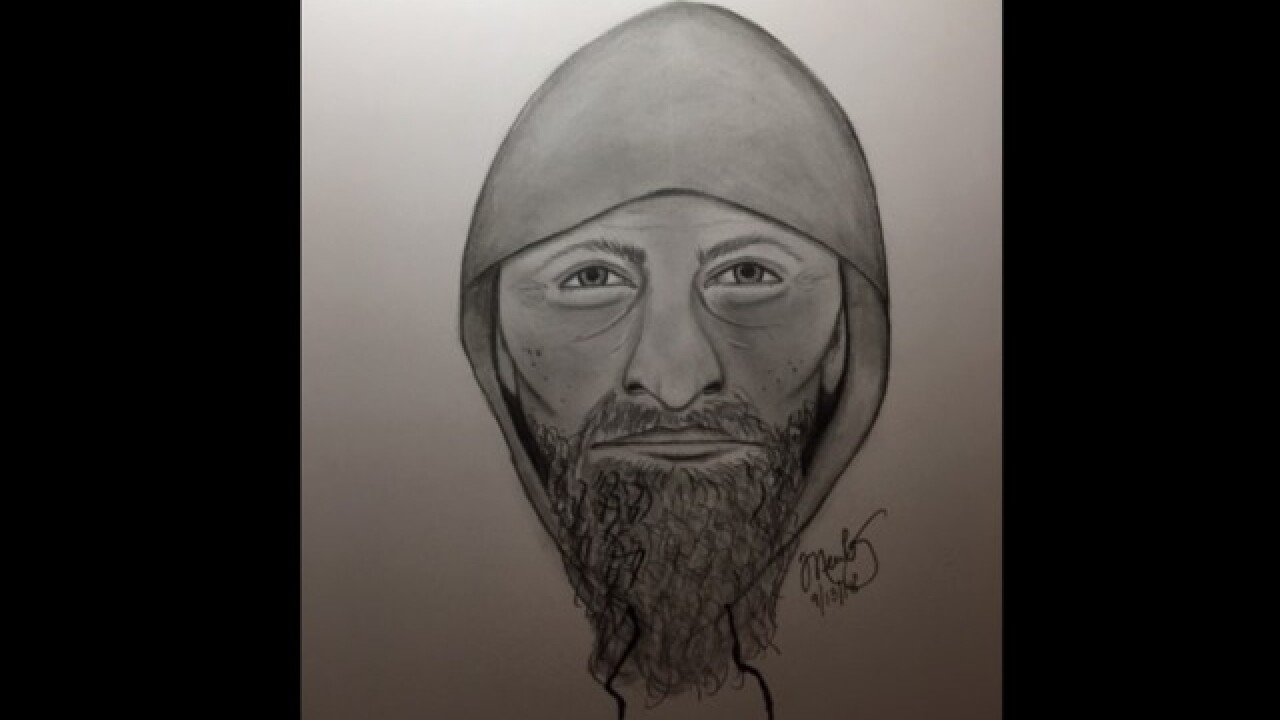 Copyright 2018 Scripps Media, Inc. All rights reserved. This material may not be published, broadcast, rewritten, or redistributed.
<p>Do you recognize this man? Call dispatch at (208) 377-6790</p>

UPDATE: Boise Police have released a sketch of the suspect wanted in connection to a reported attack and attempted kidnapping of a woman along the Boise River.

Police say they have received numerous tips based on the description they provided to the public, but they are hoping one of you will recognize this sketch. Please call police at (208) 377-6790 if you have any information.

Original Story: Police are investigating an attack on a woman near North 13th Street and West Shoreline Drive, near downtown Boise.

The attack happened about 4:45 p.m. Tuesday on the north side of the Boise River, east of Shoreline Park, according to a Boise Police Department news release.

A woman was walking her dog in the area and let her dog off the leash. The dog ran down a path toward the river but did not return.

The woman says she found a man holding her dog, and that the man then physically attacked her, hitting and dragging her. “The victim was able to fight back and escape,” the release said.

The woman ran home and called police. She received minor injuries "consistent with being hit and dragged and fighting back," police said. The dog was not hurt.

The suspect is described as a white or Hispanic man in his 40s or 50s about 5-feet 6-inches tall, and weighing about 150-160 pounds. “He is described as being dirty, but was wearing a new looking grey zip-up hooded sweatshirt,” the release said.

He had a long, white and dark-grey beard that was about four to six inches long. He is also described as having a wrinkled face and dirty wrinkled hands.

The victim was yelling “Rosey,” (her dog’s name) during the attack. The dog is an 18-month-old German Shepherd. The victim was also running and crying as she made her way home, the release said.

Boise Police are asking that anyone with information on the attack -- or anyone who may have witnessed anything related to the incident -- to call Ada County dispatch at 208-377-6790. To remain anonymous, you can call Crime Stoppers at 208-343-COPS (2677), www.343COPS.com, or leave a tip using the “P3 Tips” app for your mobile device