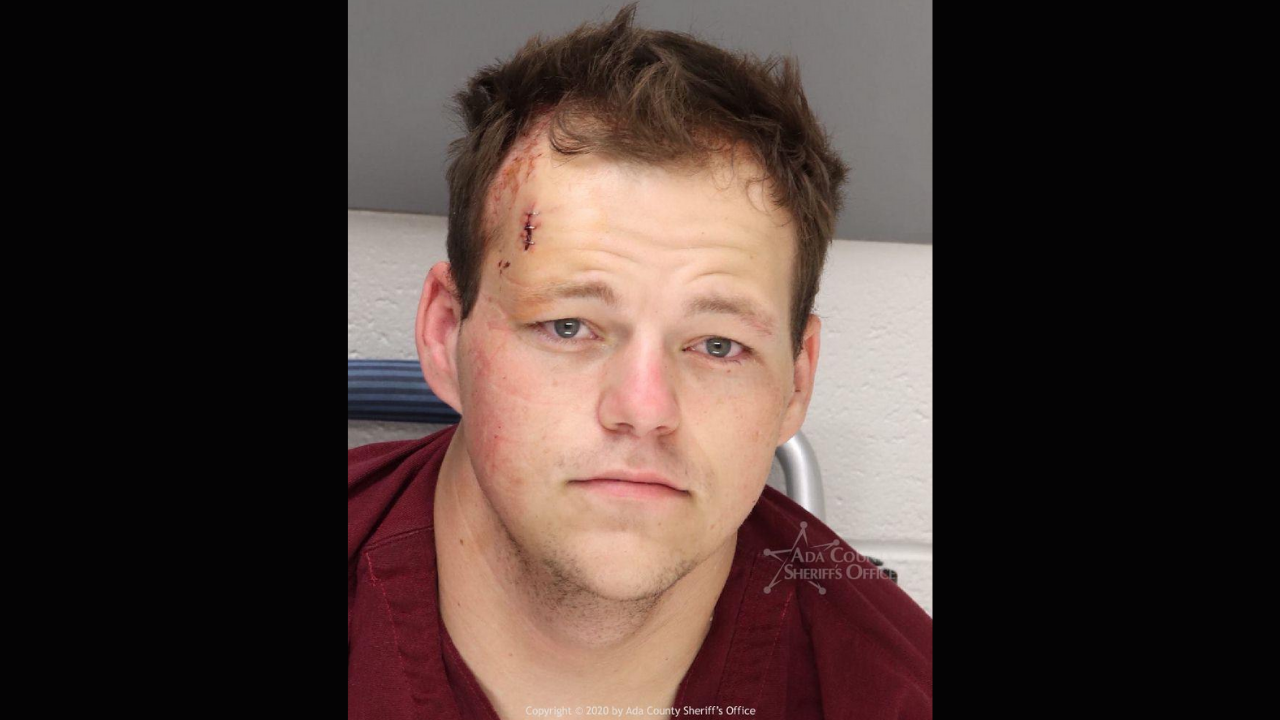 BOISE, Idaho — UPDATE: Laithon Webb, 25, of Nampa was booked into the Ada County Jail on Wednesday around 10 p.m. His listing on the Ada County Jail website says he is charged with Robbery (F), Officer- Flee or Attempt to Elude a Police Officer in a Motor Vehicle (F), 3 counts of Assault – Aggravated (F), Contempt of Court (M).

ORIGINAL STORY: A suspect is being treated for what appears to be non-life-threatening injuries after being injured in a police chase late Tuesday night.

According to Boise Police, an officer was forced to use his vehicle to stop the suspect's vehicle, causing a collision. The officer was not injured and the Ada County Critical Incident Task Force were activated to investigate.

Police say they were investigating a report of a recovered stolen vehicle at a residence on S. Benjamin Ave when the suspect escaped out the back of the home.

Officers were searching the area around 11:15 p.m. when they saw the suspect get into a taxi near Maple Grove and W. Barnes St.

According to police, the taxi driver attempted to pull over during a traffic stop, but the suspect forced the driver out of the car and continued driving.

Police say an officer was eventually forced to stop the suspect's vehicle with his own. The suspect then attempted to flee on foot and was taken into custody by officers.

The Boise Fire Department responded to the incident after the police vehicle and an adjacent vehicle caught on fire.

Ada County Paramedics took the suspect to the hospital, where the suspect was discovered to have gunshot wounds that were previously bandaged.

The investigation is ongoing. The identity of the suspect has not been made available as of Wednesday morning.