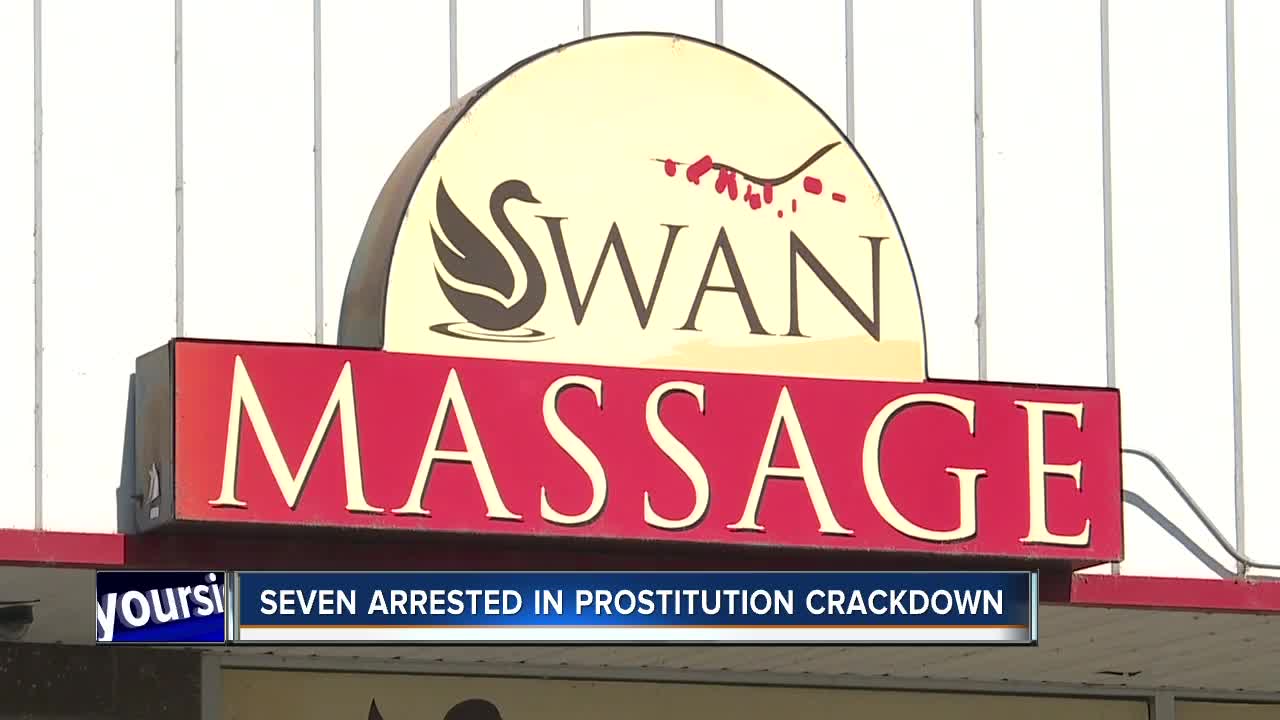 NAMPA, Idaho — A seven-month multi-agency law enforcement investigation has led to the arrests of seven people on various prostitution and procurement charges.

“Back in May, we received information that the parlors were offering sexual acts for money during the massages,” said Nampa Police spokesman Gary Marang. “The evidence we gathered led us to similar activities (allegedly) happening in Caldwell; at which point, this became a joint investigation between us and the Caldwell Police Department.”

Asian Massage at 1115 12th Ave. South. Yulian He, 56, was arrested on two misdemeanor counts of prostitution.

Swan Massage at 207 11th Ave. North. Juan Zhao, 56, was arrested for one misdemeanor count of prostitution.

Golden Massage at 1407 3rd St. South. Mei Ting, 50, was arrested on one misdemeanor count of prostitution.

“I would characterize this as a major prostitution crackdown and certainly unusual for Nampa,” Marang said. The investigation is continuing and there could be further charges, he added.

All the suspects were booked into the Canyon County Jail Wednesday.