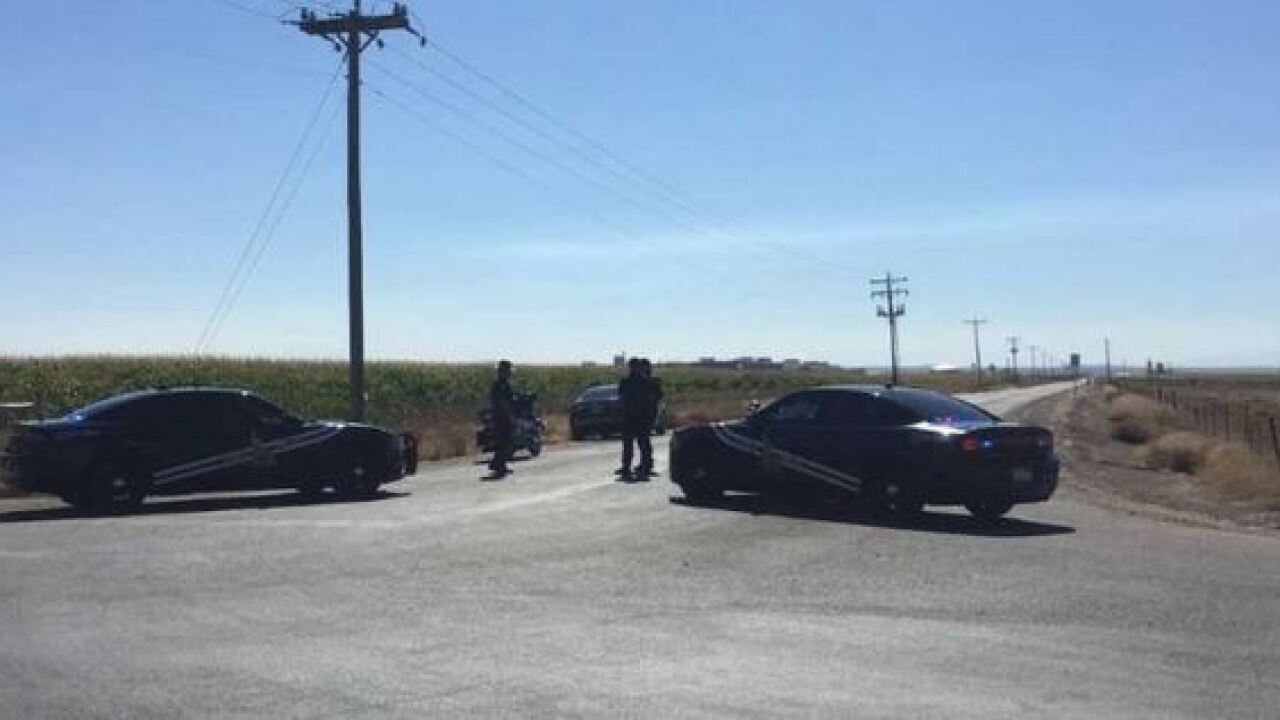 UPDATE: Meridian Police say they have a suspect in custody. They are not releasing the name yet. We will update this story as we get more information.

ORIGINAL STORY: Police from multiple agencies have gathered near the end of South Cole Road in south Ada County, near the CS Beef Packers meat packing plant, searching for a suspect involved in a high-speed pursuit.

The chase started about 11:30 Thursday morning near Eagle and Amity Roads.

The suspect, believed wanted by the Meridian Police Department and driving a reportedly stolen pick-up truck, led authorities on a chase that reached speeds of 100 mph along rural roads and corn fields in south Ada County.

The pursuit led down Pleasant Valley Road, south of the Boise Airport, past the Idaho Department of Correction prison facility.

At least one patrol car was reportedly rammed by the suspect's vehicle during the chase.

A police perimeter has been set up and a search is being conducted near the end of South Cole Road, near Barker Road.

Police are using a drone to help them search for suspect, who is now believed to be on foot.

Officers have blocked several intersections in the area.

We have a reporter on the scene and will bring you additional information as it becomes available.