A moose on the loose in Nampa has been caught 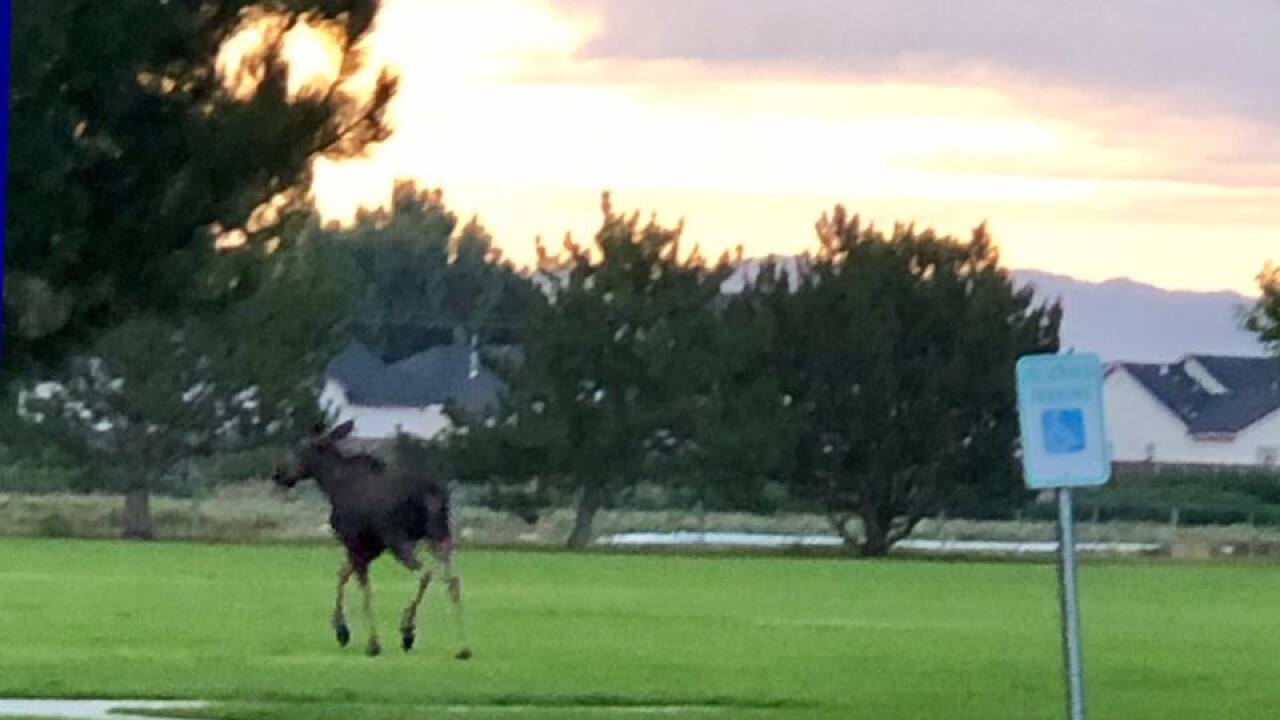 NAMPA, Idaho — A rare and unusual traffic alert for drivers in Nampa: there was a moose on the loose!

According to a Facebook post by Nampa Police, the moose was spotted early Tuesday morning in the area of Franklin Boulevard between Cherry and Birch Lanes.

Officers were able to contain the young female moose in a backyard in Nampa, and Fish and Game has taken it to a moose friendly area.

"We put her in the back of a horse trailer, and then we give her a reversal drug that takes her out of sleep so she was standing up and fully awake when the trailer left, and she's going up into the mountains north of Emmett probably where she came from, and we'll just let her out, open the doors and she'll be glad to get out," said Charlie Justus with Fish and Game.

Well that’s not the typical cow call we handle here in Nampa. We don’t have moose in our neck of the woods, but we do today!
Officers are in the area attempting to contain it for the arrival of Idaho Fish&Game#NampaMoose #MooseOnTheLoose #NotYourTypicalTuesday #WeAreNampa #Idaho pic.twitter.com/MXcpFe6R0q