Construction could begin in 2023 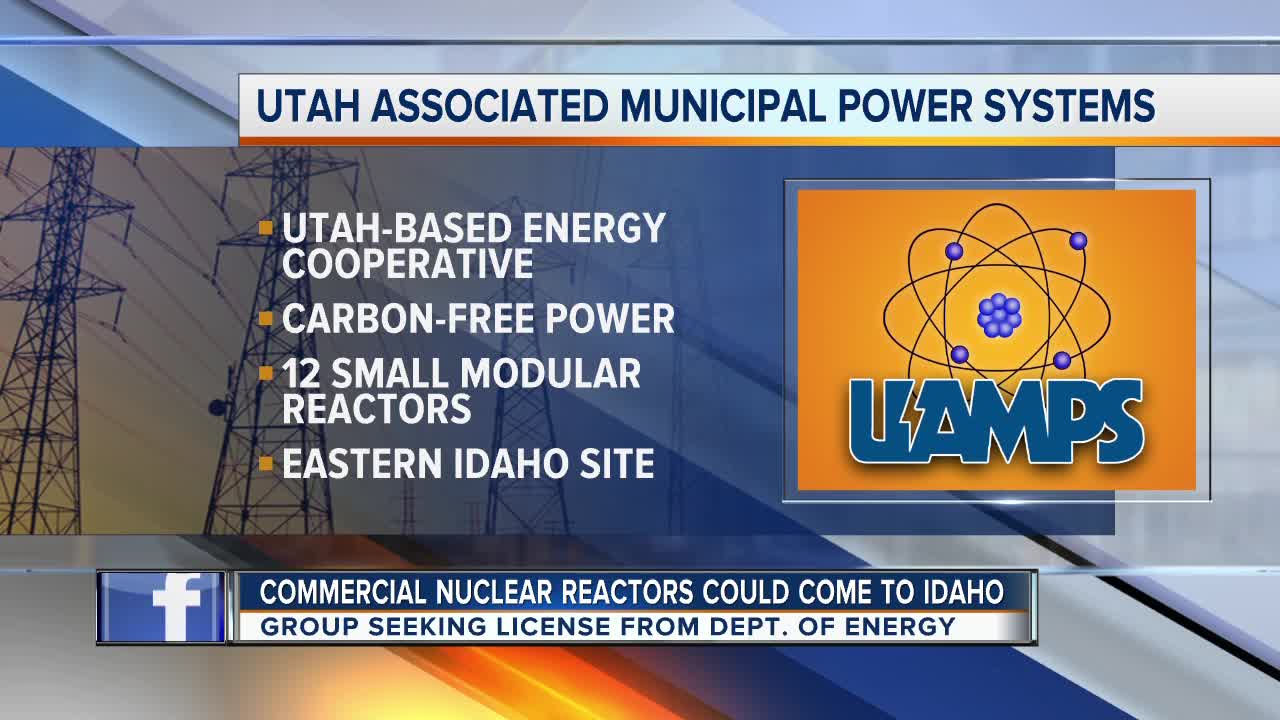 BOISE, Ida. — A plan to build the nation's first small modular nuclear reactors to produce commercial power is a step closer to reality.

A Utah-based energy cooperative said Wednesday that it has sales contracts for enough carbon-free power to begin a license application process with the Nuclear Regulatory Commission to build the reactors in eastern Idaho.

Utah Associated Municipal Power Systems already has agreements with the U.S. Department of Energy to build the reactors at the federal agency's 890-square-mile (2,300-square-kilometer) site that includes the Idaho National Laboratory.

A small modular nuclear reactor can produce about 60 megawatts, or enough to power more than 50,000 homes. The proposed project includes 12 small modular reactors.

The energy cooperative says it has carbon-free contracts for more than 150 megawatts. Its goal is to begin construction on the reactors in 2023.