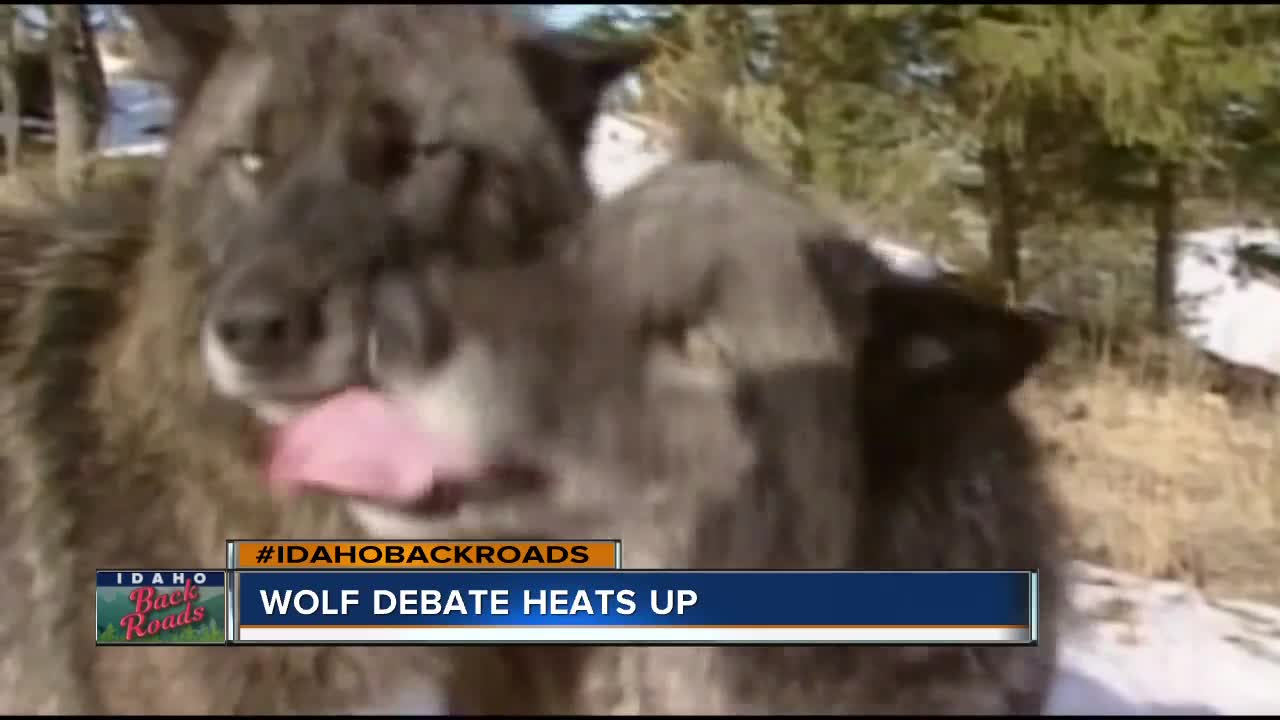 A biologist says laws should be science-based.

BOISE, IDAHO — Carter Niemeyer has literally written the book on wolf reintroduction. In fact he's currently writing his third. Niemeyer is a wildlife biologist, a hunter, and a self proclaimed wolf advocate. He was directly involved in the trapping and release of 35 wolves in Idaho more than twenty years ago.

Niemeyer believes recent increases in the number of wolves hunters and trappers can kill in Idaho are motivated by politics rather than science.

"I'm not gonna judge the Idaho Department of Fish and Game,"said Niemeyer. "I'm a wildlife biologist and I know many of the biologists who work for the agency, and I'm guessing they don't like what's going on, but if the legislature dictates to them that they have to do something, they're professionals, and they will respond to that. To me the biggest problem is having legislators dictate wildlife management policy. I just think that is dead wrong."

Wolves were brought to Idaho by the federal government, but in 2008 the Idaho Department of Fish and Game took over their management.

Every year the legislature appropriates hundreds of thousands of dollars to control the wolf population, and Wildlife Services spends that money, mostly taking out wolves with areal gunning.

"And according to their admission they've been spending eight thousand dollars per wolf to kill one," Niemeyer said. "I've looked up the cost of educating a child in Idaho, and the costs are very similar, to educate one child or kill one wolf."

Through the use of wolf collaring and more recently, trail cameras, biologists estimate that since thirty five wolves were released in central Idaho, the population has increased to around one thousand.

Many hunters believe the growing wolf population is leading to declining elk populations. Niemeyer says that is not the case. "If you look at the statistics in Idaho, the elk population in Idaho is very similar to where it was when wolves were introduced. Studies around Yellowstone National Park show that wolves select for older elk, and not younger, especially talking about breeding cows, they're doing elk herds a favor by eliminating older cows, making room for more productive cows, so again if you look at it closely the science shows that wolves are beneficial in many ways."

Studies show mountain lions and bears are more prolific in Idaho, and those predators kill more elk than wolves.

Idaho ranchers are also concerned about the wolf population. And while the number of livestock being killed by wolves has generally decreased over the past ten years, the legislature is considering a bill that would allow year-round hunting in areas where wolves are causing problems, and the Fish and Game Department is taking public comments on proposals that would allow hunting in those areas through the end of June.

"We've got quite a few wolves in the state and especially in some problem areas, where we would like to see fewer," said IDFG Spokesman Roger Phillips. "So this is an opportunity for hunters and trappers to be our first line of defense to reduce some of those conflicts."

Niemeyer says expanding wolf hunting and trapping goes against common practices that end seasons when animals like wolves are breeding and rearing their young. He says wolf pelts have very little value in spring, and other than reducing the wolf population, he sees no reason to allow hunting past March. "To me as a wildlife biologist, and a hunter, and a wolf advocate, it's just inappropriate and disrespectful of the animal to be hunting them into the breeding season."

Niemeyer believes the changes will have little impact on wolf populations, and he says a vocal minority is creating an atmosphere in which politics are taking precedent over science.

"I think it's wrong that the legislature is dictating wildlife management to the state fish and game management agency. I recognize that that's the political reality, but I think the Idaho Department of Fish and Game should be left to their own resources, and their thoughts and professional training to manage wolves in Idaho."