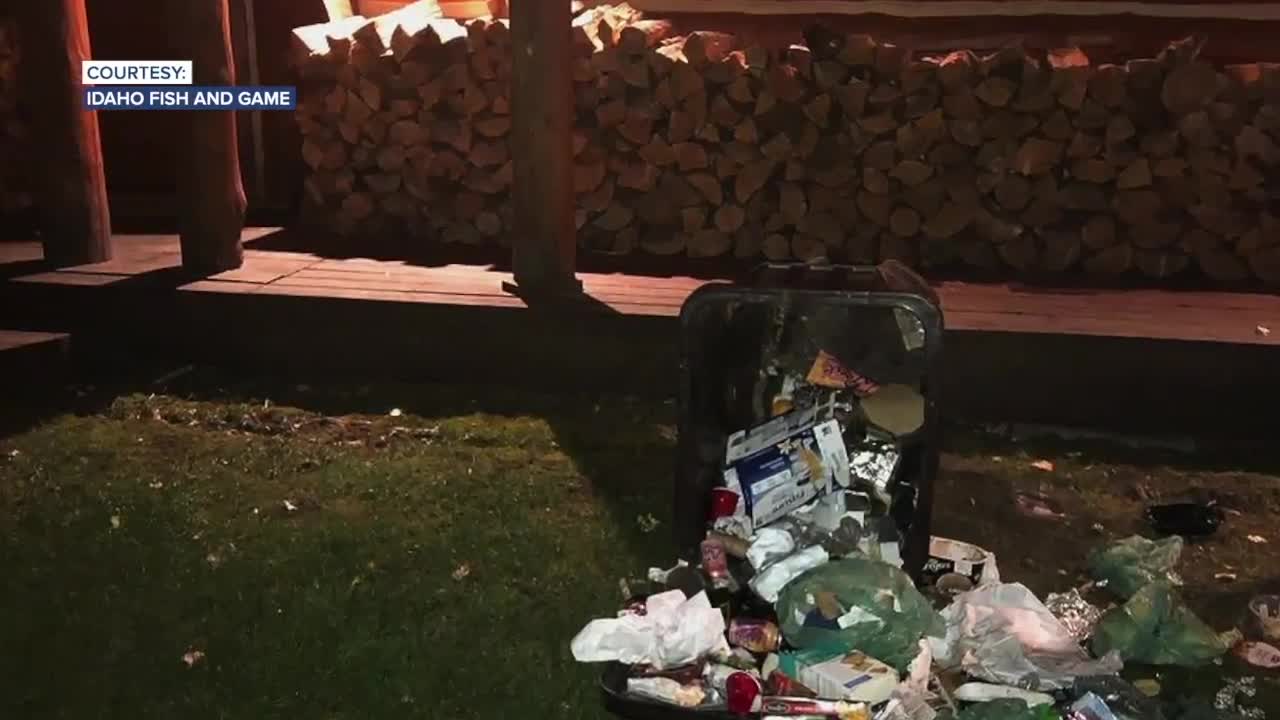 Fish and Game says they're getting more calls about bears getting into trash cans in the Wood River Valley, but mountain lions have also become more of an issue.

BLAINE COUNTY, Idaho — Fish and Game says they're getting more calls about bears getting into trash cans in the Wood River Valley, but mountain lions have also become more of an issue.

A new group called the Wood River Valley Wildlife Smart Communities Coalition is working toward some solutions. The coalition is made up of representatives from Fish and Game, the Idaho Conservation League, the national forest, and local cities including Ketchum, Hailey, and Sun Valley.

The goal is to reduce wildlife conflicts like bears getting into trash.

"Just broadly we're seeing more activity, and that means we need to step up the actions we take," said Mayor Neil Bradshaw, with the City of Ketchum.

As Idaho News 6 has reported, wildlife conflicts aren't a new problem, but Fish and Game says it's happening more and more often.

"We had bear-human conflicts, meaning bears typically getting into residential garbage. We had mountain lions attacking pets, we've had numerous sightings and some encounters in the Wood Fiver Valley," explained Terry Thompson, Communications Director for Fish and Game Magic Valley.

The coalition says population growth in Idaho has been accompanied by increasing human-wildlife conflicts in some areas. Data from them shows since 1970, the population of Blaine County has grown by 284%, from a population of about 5,800, to today’s population of 22,600.

The coalition is exploring multiple solutions to help resolve those conflicts. They're currently exploring an option to provide bear-resistant trash cans to residents in Blaine County, but they've hit some roadblocks.

"One of the biggest challenges we're facing in any community that wants to switch over to bear-resistant containers is they're quite a bit more expensive than what they traditionally would have," explained Thompson.

That's why the coalition is placing an emphasis on changing human behavior by educating their neighbors.

"Education outreach is going to do a lot for keeping us all safe, and the wildlife wild," said Bradshaw.

"It's going to take a community based, holistic approach to this," said Thompson.

The coalition says they're working on a website with more information and it should be available soon.