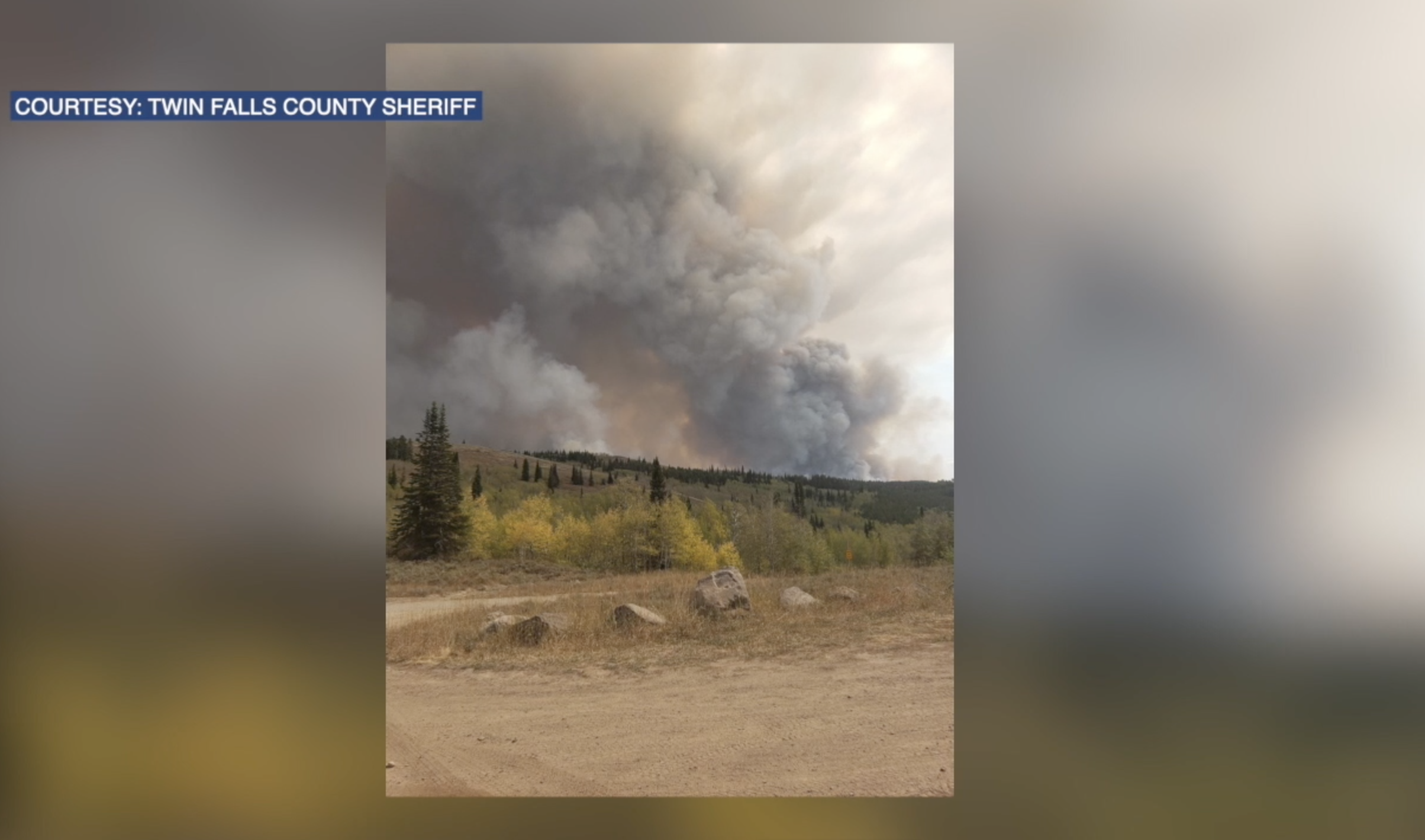 Fish and Game says the fire has led to the closure of a large portion of Game Management Unit 54 south of Twin Falls, affecting numerous big game hunts this fall.

OAKLEY, Idaho — Crews have made good progress toward containing the Badger Fire. According to data from September 25, the fire was 61% contained.

Fish and Game says the fire has led to the closure of a large portion of Game Management Unit 54 south of Twin Falls, affecting numerous big game hunt this fall.

"Unit 54 is very popular especially because its close to hunters in the Magic Valley, but also because it has a history of producing some really large animals," said Terry Thompson, Fish and Game Magic Valley's Regional Communications Director. "The elk hunts down there are considered some of the best in the state."

The Badger Fire started on the Cassia Division of the Minidoka Ranger District on September 12, 2020.

Shortly after, the Sawtooth National Forest issued a Road, Trail and Area Closure of all Forest Service land east of Rock Creek Canyon and Deadline Ridge to the eastern-most forest boundary.

"It's a total closure," Thompson said. "That means you can't get into that closure area in a vehicle, in a side by side, or even walking in."

The closure forbids all public access to much of the Cassia District, which Fish and Game says has a direct impact on hundreds of big game hunters, like Scott Hautz, in pursuit of deer, elk and pronghorn in Game Management Unit 54.

"I think we were all a little disappointed when the fire started but at this point, it's just letting things calm down," Hautz said. "At this point, we don't know what's been taken out of there with the fire, so its time to just back out and let things calm down I think."

Fish and Game says hunters who hold controlled hunt tags for Unit 54 have several options to consider before their hunt starts.

- Actively hunt their tag, outside of the Forest Closure.

- Request a refund of the cost of the tag. No refunds will be made for license fees.

- Exchange their 2020 controlled hunt tag for a 2020 general season tag of the same species.

- Actively hunt their tag, outside of the Forest Closure.

- Request a refund of the cost of the tag. No refunds will be made for license fees.

- If a non-resident holds a 2020 unlimited archery deer tag, they can request a rain check for the same tag in 2021.

If you have any questions, you can call the Magic Valley Regional Office at (208) 324-4359 or reach out to your nearest Fish and Game office.