IDAHO BACKROADS: Escape the heat this summer in an underground ice cave 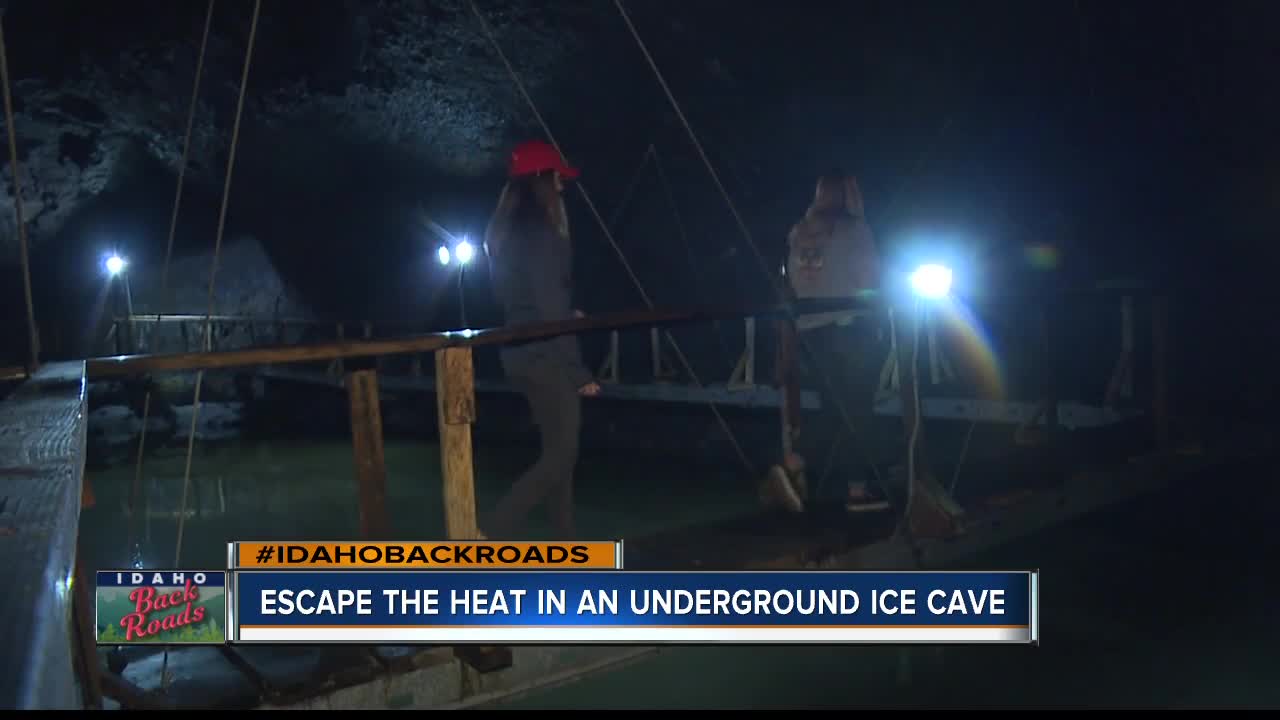 As you make family plans for this summer break, why not head underground?

SHOSHONE, Idaho — As the summer heat kicks in, a cool down sure sounds nice- but you don't have to wait until fall!

In just a two-hour drive, you can head 130 miles southeast of Boise and 100 feet underground to check out the Shoshone Ice Caves. The attraction sees about 12,000 tourists a year from all over the world.

Tonight on @IdahoOnYourSide I’ll take you on a tour of the Shoshone Ice Caves! Tune in at 5&6. pic.twitter.com/WZAoQNsvK6

According to local tour guides, the history of the area dates back at least 24,000 years. That's when underground eruptions from the nearby Black Butte volcano created what's called a lava tube, eventually trapping in cold air and filling entirely with ice.

As the tall tale goes, the cave was discovered in the 1880s by a young boy searching for his lost goat. "But at that time, the mouth of the cave was only two feet wide and 14 inches tall and there was only a 10-foot gap back into the cave," tour guide Tia Youtes said. "Other than this, the cave was completely filled with ice at that point."

The town of Shoshone quickly got word of the underground ice and blasted open the entrance to the cave to make room for horse and buggies to haul out the goods.

"They were taking ice from here all the way to the Oregon coast on the railroads for ice boxes, but when they blasted this wall it disrupted the air flow," Youtes explained. "The hot air was getting in too fast and it actually started to melt."

In the early 1900s, Youtes says Shoshone won 'Nation's Coldest Beer' thanks to the cave. Around the same time, Olympic ice skaters would actually hone their skills inside the cave, lit by lanterns.

"At the time, the suspension bridge wasn't here and the rock fall hadn't happened yet, so imagine if they just had the entire cave to play and practice and bring their lanterns down," Youtes said. "I think it's really neat."

But because warm air was easily flowing through the cave, by the 1940s the natural wonder was ruined. A new owner took over in the '50s and worked to restore the cave's cooling potential by building man-made walls to trap in the icy air. Each year, the ice replenishes. It's now more than 15 feet thick in many places.

Because there are several steps leading down into the cave and a narrow suspension bridge inside, it is not wheelchair or stroller accessible. Even if you make the trip on a triple-digit day, you'll want to bring a jacket with you because temperatures in the cave stay below freezing year round.