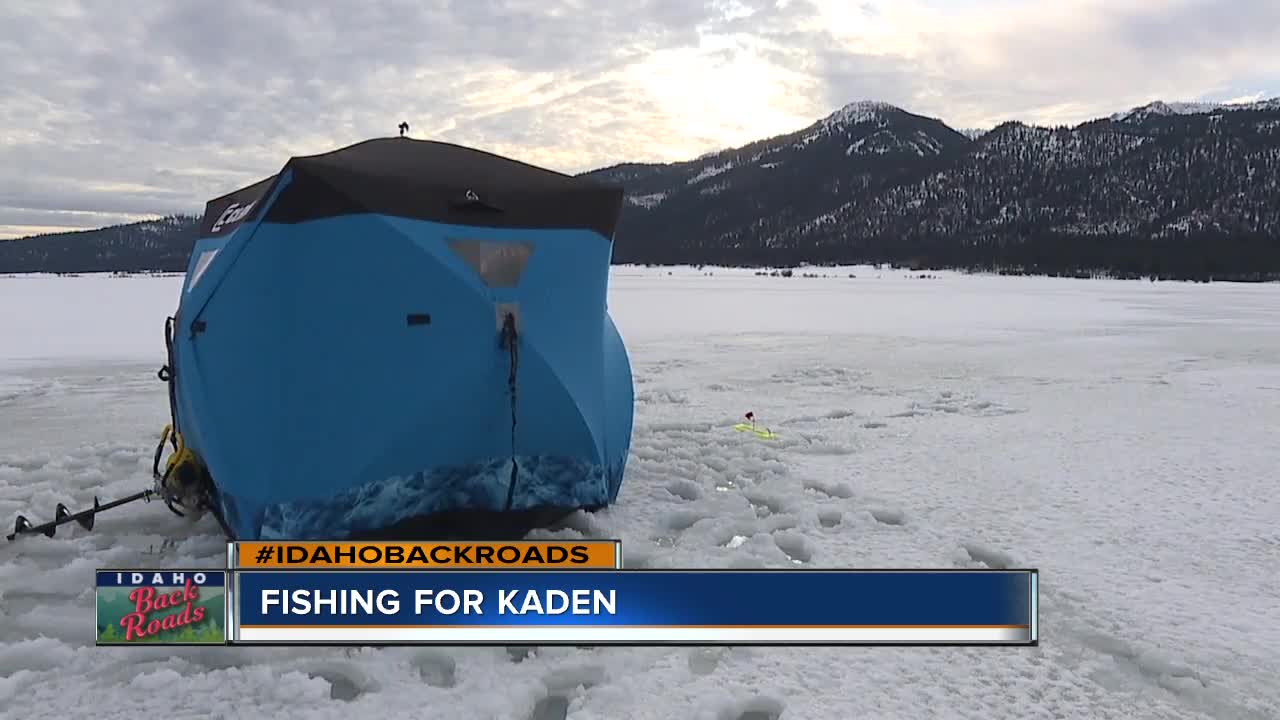 LAKE CASCADE, IDAHO — For many people living in and around Cascade, in the winter it's all about the ice.

Every year several ice fishing events bring families together in the round valley. The Hardwater Classic tournament raises money for the annual Youth Ice Fishing Day, which encourages kids to get off the couch and get outside.

"He was diagnosed at three years old with lukemia," said Kaden's grandmother, Debora Powell. "And the out of pocket costs are just crazy, so we developed this fishing tournament."

On Kaden's day last year snow was pounding the lake, but more than one hundred fifty people braved the storm to help Kaden's parents cope with the financial hardship brought on by his cancer.

"People that didn't know about the tournament came up and said what is this all about, and we told them it was for Kaden, and Kaden was up at the Lake Front Restaurant, and he was in the window waving and they gave us money for the fishing tournament, and it was overwhelming."

Eleven months later, things certainly have changed. The sky is mostly clear, the ice is turning to slush, and Kaden's cancer is in remission. But the tournament bearing his name will continue, this year helping a young man from the treasure valley, who is in desperate need of a kidney.

"And then we heard about Sam Maynard, the poor little kid, he's thirteen, and he's waiting for a kidney. And his mom is a match, but she has a medical deal that she needs to get under control before they can take her kidney and give to Sam."

And once again, generous sponsors are upping the anti, donating prizes for the anglers who are buying in to help.

"We've got fishing poles that have been donated, and we have flashers, and this year the first place prize for the three biggest perch is a snowmobile."

Despite the fact that the Powells and I were near the very spot where this angler won a snowmobile last year, our day on the ice was fruitless.

With temperatures in the forties, ice conditions are less than ideal, but with the weather cooling, Kaden's grandparents are hoping for better ice, big fish and one more thing.

"More than anything, I hope Sam gets that kidney," said Michael Powell. "So he can come see me, and I can bring him out here, and he can do some fishing."