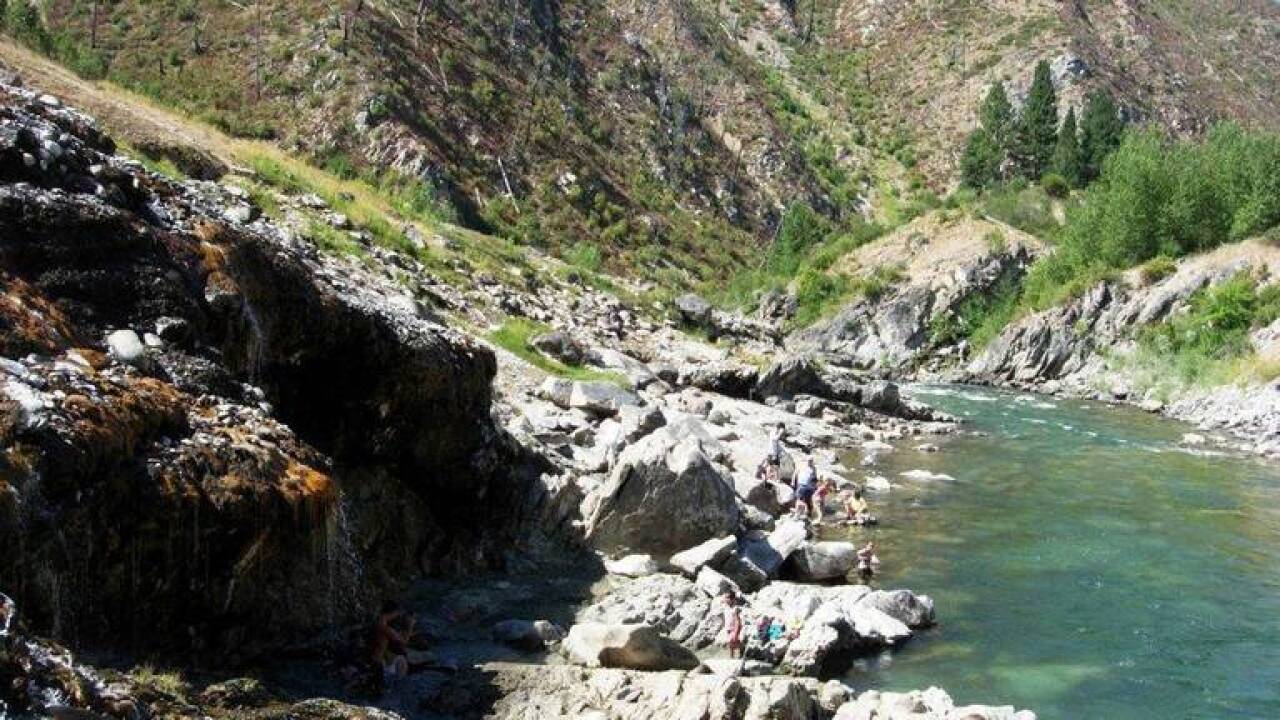 Courtesy of BOISE NATIONAL FOREST
Located on the South Fork of the Payette River, Kirkham Hot Springs is a popular and relaxing getaway. Contrary to recent reports, the Forest Service is not closing the hot springs.

A popular campsite and hot springs near Boise is not closing, Boise National Forest officials clarified to the Statesman on Tuesday after reports that the Forest Service was considering shuttering the site.

John Kidd, Lowman District Ranger for the Boise National Forest, said in a phone interview that the Forest Service is closing the gate that leads from Idaho 21 to Kirkham Circle and Kirkham Road, allowing vehicle access to the campsite and parking near the hot springs. The agency closes the gate to Kirkham Campground and Kirkham Hot Springs in early fall each year when it stops providing trash and restroom services at the sites, Kidd said.

Kidd said the hot springs and the campground, like many other outdoor recreation spots in Idaho, have been significantly busier than usual during the pandemic. The additional traffic has meant more trash — including human waste — left behind, as well as environmental damage from people camping, driving and hiking off designated routes and sites.

“(We’re seeing) a lot of resource damage from people camping where they’re not supposed to camp,” Kidd said, and he expects that to get worse as rainy fall weather approaches, sending soil and waste runoff into the Payette River.

The Forest Service closed the campground and hot springs in May due to concerns over spreading the coronavirus. In July, it reopened the sites with amended hours, from 7 a.m. to 9 p.m.

“When it’s after 9, we start having problems with people drinking or using drugs,” Kidd said.

He added that the Forest Service is in the process of converting the campground to a day-use only site — but that’s not because of the coronavirus pandemic. Instead, Kidd said, those plans have been in the works for some time in response to complaints about after-hours use of the hot springs.

“We get complaints from campers about noise, people partying (at the hot springs),” he said.

Kidd said visitors are still able to get to the hot springs by parking in a pullout near the gate and walking to the area.

The city of Boise last week began construction on improvements at a popular hiking destination that include parking and restrooms.

In a news release, city Parks and Recreation officials said construction started at Hillside to Hollow Reserve off Bogus Basin Road, where crews will add a two-stall flush restroom, 25 parking spaces, a dog-friendly water fountain and bike racks. The construction will take place on eight acres of land that the city bought from Healthwise, a health content company, in February 2019. The site is immediately north of the current parking area.

Healthwise had previously offered 18 of its parking spaces for hikers and bikers using the trails in the reserve, which was established through a partnership with the city and the Land Trust of the Treasure Valley in the early 2010s.

Originally slated to begin this spring, the construction project was delayed slightly due to “permitting issues,” Boise Parks and Recreation director Doug Holloway told the Statesman in April. The project will continue through the winter and conclude in the spring of 2021, officials said.