Otter speaks out on Fischer photos: "This is not us." 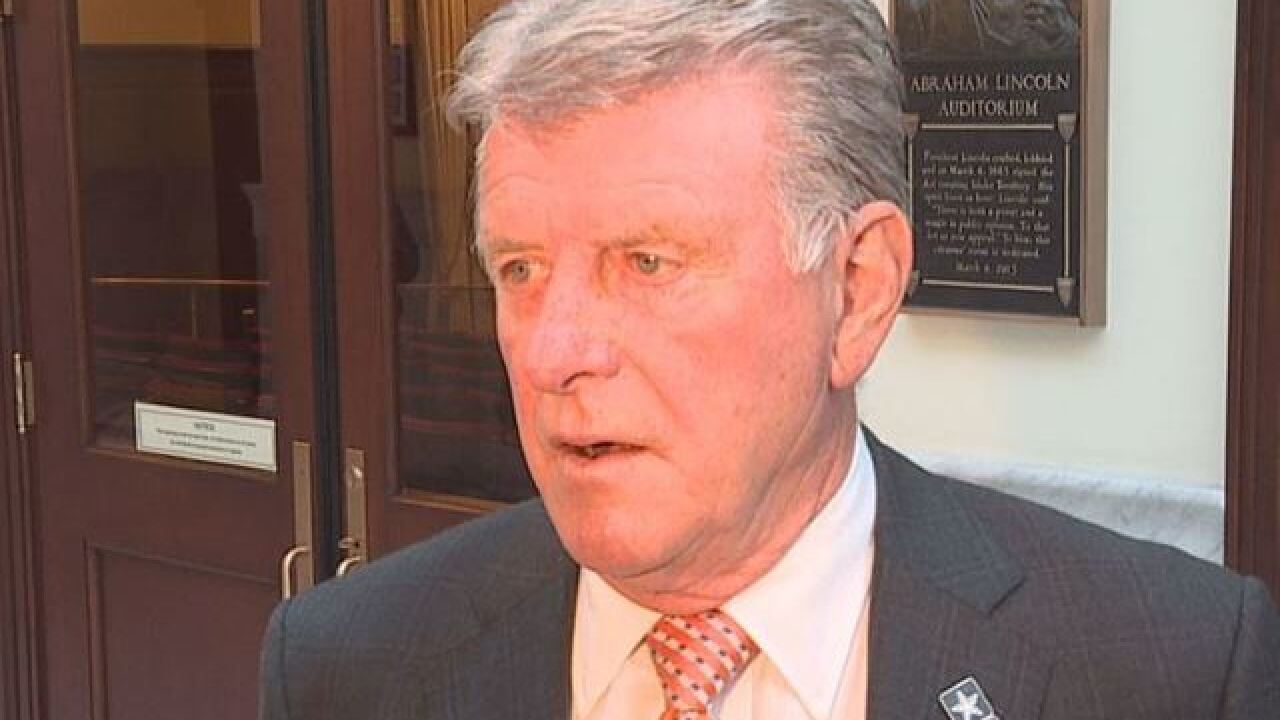 In an impromptu news conference with reporters at the Statehouse Tuesday morning, Idaho Governor “Butch” Otter spoke out for the first time about the recent posting of controversial African hunt photos by now-former Idaho Department of Fish and Game Commissioner Blake Fischer.

Otter announced Monday that he asked for -- and received -– Fischer’s resignation.

Fischer came under intense social media criticism for posted photos taken during an African hunting trip last month, in which he posed with a giraffe and a family of baboons he had killed.

“I have high expectations and standards for every appointee in state government,” Otter said in a statement released Monday. “Every member of my administration is expected to exercise good judgment. Commissioner Fischer did not. Accordingly, I have accepted his resignation from the Idaho Fish and Game Commission.”

Under the provisions of Idaho Code section 36-102, Commissioners serve at “the pleasure of the governor and are subject to removal by him.” Fischer’s resignation letter was submitted via e-mail to the Governor’s Office late Monday afternoon. The Governor accepted his resignation upon receipt.

Fischer was originally appointed to the Idaho Fish and Game Commission in July of 2014 and was reappointed in June of 2018. Fisher’s resignation is effective immediately and the search for his replacement begins immediately, said Otter’s spokesman, Jon Hanian.

In his resignation letter, Fischer stated, “I recently made some poor judgments that resulted in sharing photos of a hunt in which I did not display an appropriate level of sportsmanship and respect for the animals I harvested. While those actions were out of character for me, I fully accept responsibility and fee it is best for the citizens of Idaho and sportsmen and women that I resign my post.”

In addressing reporters Tuesday, Otter said, “We’d like to get this behind us, because this is not us.”

Otters said his office has already received several applications from those interested in filling the position Fischer vacated.

Idaho residents interested in applying should go to gov.idaho.gov and fill out the application for appointment.

Otter said there is no time frame as far as when he could name a successor.