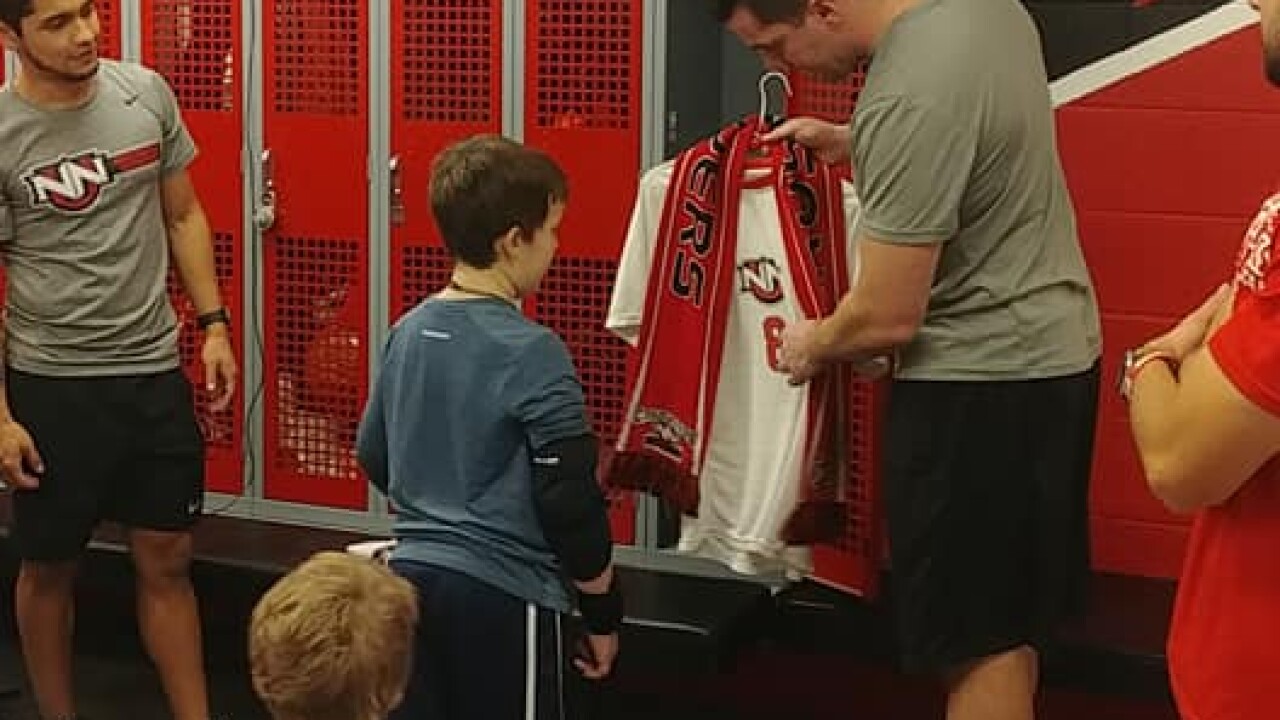 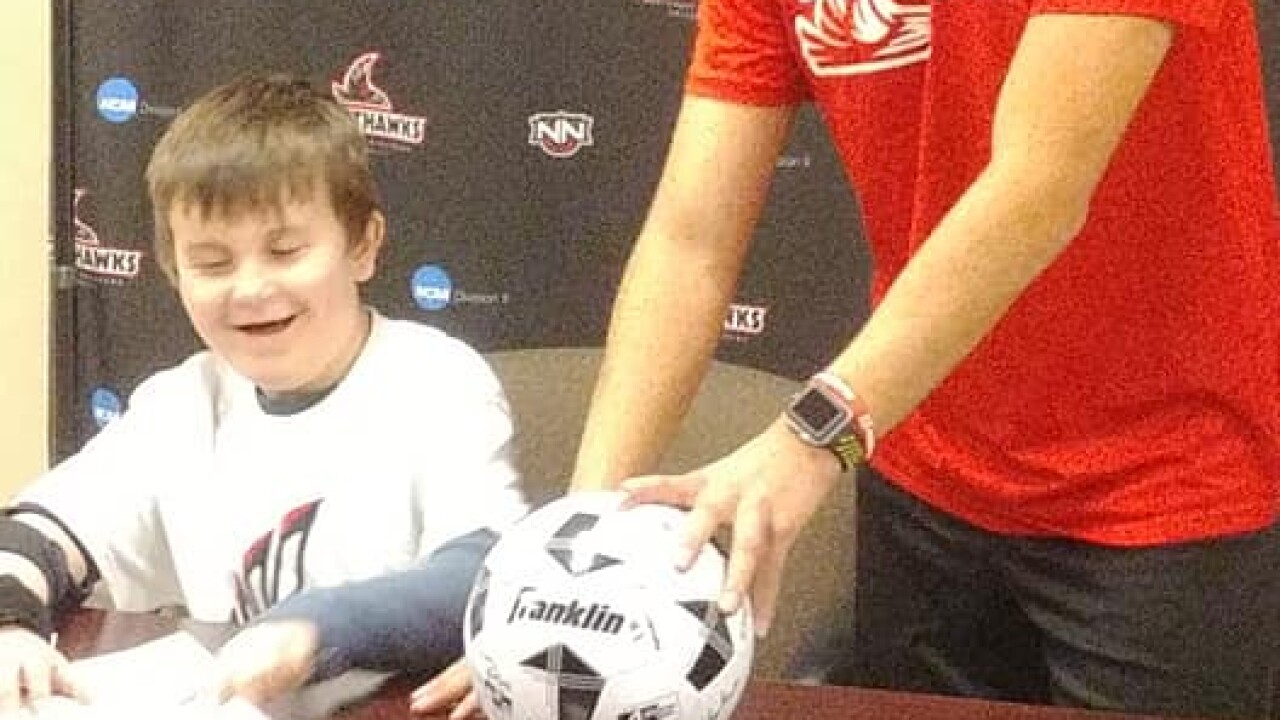 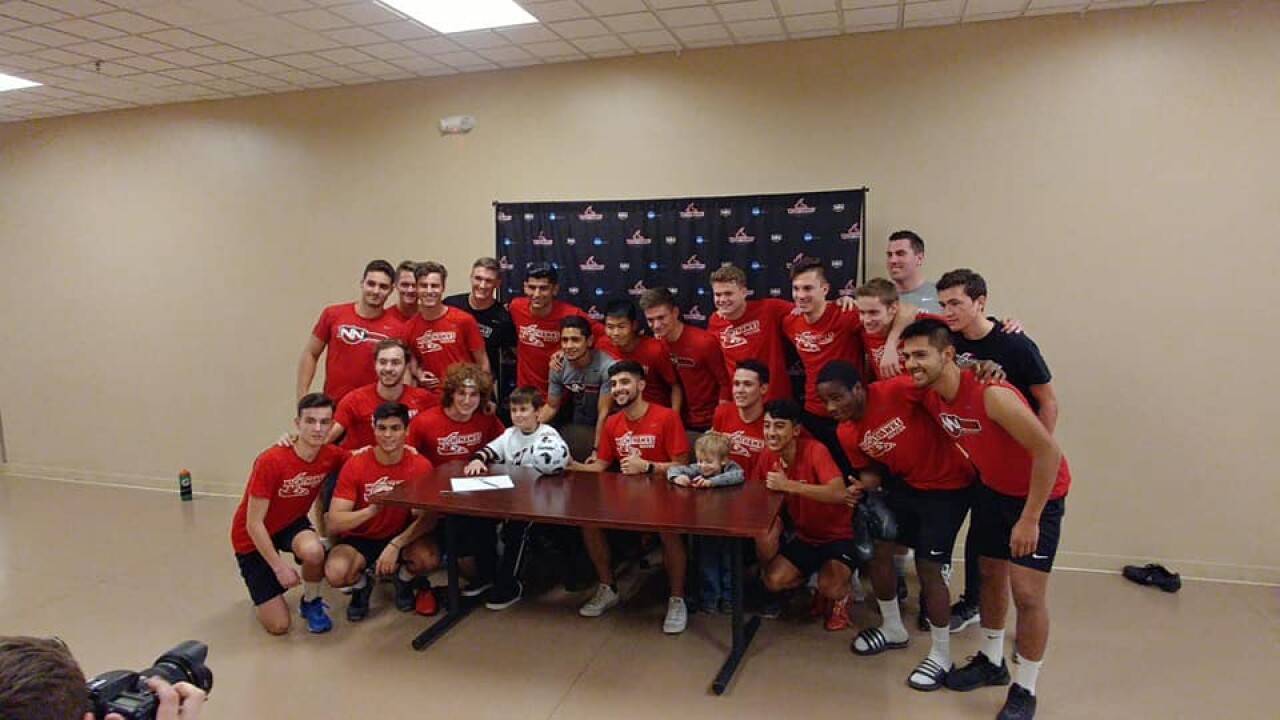 NAMPA — The Northwest Nazarene University’s Nighthawks soccer team in Nampa Thursday honored a local boy who is stricken with a terminal disease.

One of the wishes of eight-year-old Beckham Hoaglund-Bice of Melba, who has been diagnosed with potentially fatal brain cancer, was to join a soccer team.

Omar Sosa is an NNU soccer player and a friend of Beckham and his family.

So Sosa organized his coaches and teammates for an event Thursday in which Beckham signed "a letter of intent" to join the Nighthawks team. Following the signing ceremony, the team gave Beckham a red team jersey and his own locker –- then invited him onto the field where he ran, kicked the ball, and even scored a goal with his new teammates.

The Nighthawks also gave Beckham an autographed soccer ball as a gift.

"The excitement on his face said it all," said NNU spokesman Rob O’Donahue on a Facebook posting.

And it wasn’t just the NNU soccer team who honored the boy.

"Even before the locker room event and (letter of intent) signing, they popped their heads into the basketball court where the men were practicing. Coach Paul Rush stopped practice to acknowledge the boy and his family (which) included high fives and fist bumps all the way around," O’Donahue added.