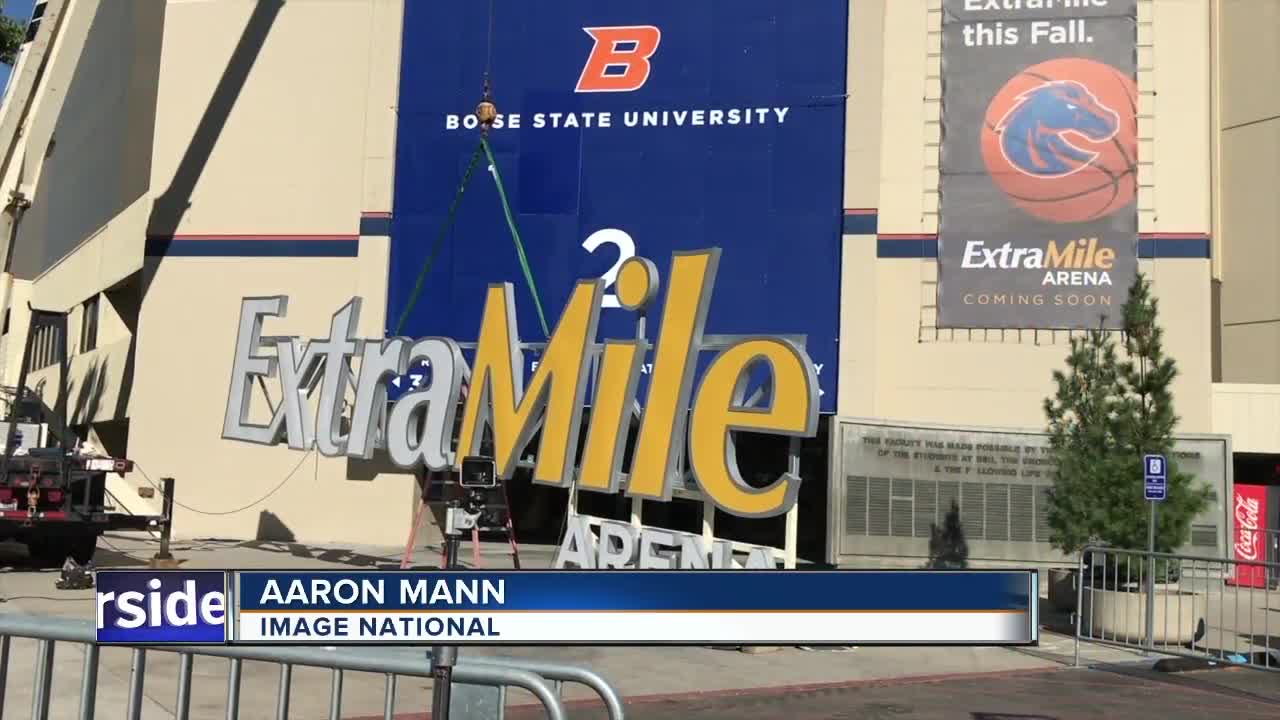 BOISE, Idaho — The first of four re-branding signs is scheduled to be erected Tuesday at the former Taco Bell Arena at Boise State University.

The sports and concert facility was rebranded the ExtraMile Arena -- named for the Extra Mile Convenience Store chain, a joint venture between Jacksons Food stores and Chevron -- when the companies took over the primary sponsorship in May.

Last month, the ExtraMile arena signage contract for the building’s exterior was awarded to Nampa-based Image National after bidding from several companies. Image National designed, manufactured and will now install the illuminated signage at the arena.

“The signage for the ExtraMile Arena is critical to bring the ExtraMile brand to life in Idaho and to give Boise State University fans another reason to be proud of their arena,” said Paul Casadont, president of ExtraMile Convenience Stores. “We chose Image National for this project because of their innovation in design and engineering, ability to meet our deadlines, and commitment to cost efficiencies without compromising the end product.”

Image National will install illuminated signs on the exterior of all four entrances to the ExtraMile Arena. The linear signs will be 8 feet high by 43 feet long -– or about the length from the backboard of a basketball hoop to mid-court. Each sign weighs about 3,000 pounds. The signs will use LED lighting and are 75 percent more energy efficient than the previous fluorescent lighting, officials said.

The first of four re-branding signs is scheduled to be erected today at the former #TacoBellArena at @boisestateuniversity The sports and concert facility was rebranded the #ExtraMileArena -- named for the Extra Mile Convenience Store chain, a joint venture between Jacksons Food stores and Chevron -- when the companies took over the primary sponsorship in May. #boisestate

A convoy of four trucks –- a boom truck, a truck carrying a crane, and two more each carrying half of the first 43-foot sign – is scheduled to leave Image National’s headquarters on Star Road in Nampa about 5:30 a.m. Tuesday.

The route will go from Star Road to Franklin Road to Ten Mile Road to Interstate 84. From there, the trucks will travel down the Interstate to the Broadway exit and onto the BSU campus.

The convoy is expected to arrive at its destination about 6:30 a.m.

The first of the four signs will be assembled on site and should be raised by crane into place on the arena by about 12:30 p.m.