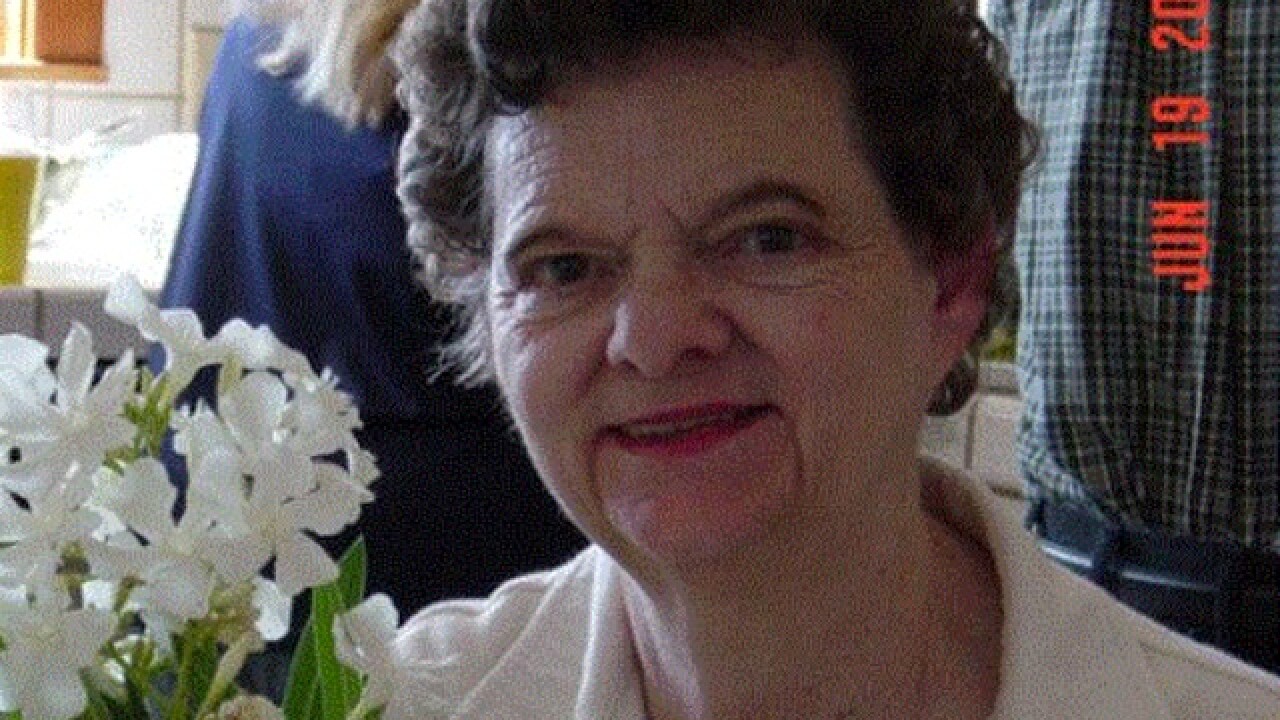 Police report that June Cullison, an 81-year-old woman missing from Mountain Home for nearly two weeks, has been found safe in Meridian.

Mountain Home Police are asking for the public’s help in locating a woman who has been missing for almost two weeks.

June Cullison, 81, was believed seen by neighbors near her home on Peregrine Street in Mountain Home early last week.

Police are checking unconfirmed reports she had an appointment at a Boise hospital around the same time.

“Since we don’t know exactly when she was last seen or exactly how many days she has been gone, we have issued a nationwide attempt-to-locate alert. Any law enforcement agency who spots her will know to notify us right away,” said Mountain Home Police Lt. Humberto Fuentes.

What’s complicating search efforts: “She does not have a cell phone (that we can ping),” he added. “The only phone she has is in her home.”

Relatives tell us mail was found piled up in her house, and it is unusual for her to leave her home for any extended periods of time.

They also say Cullison has attended Our Lady of Good Counsel Catholic Church in Mountain Home for some forty years, and is known to frequently attend Saturday evening masses.

Her husband passed away about two years ago.

“Right now, since we don’t know the circumstances regarding her disappearance, we do not know if she is endangered,” Fuentes stated.