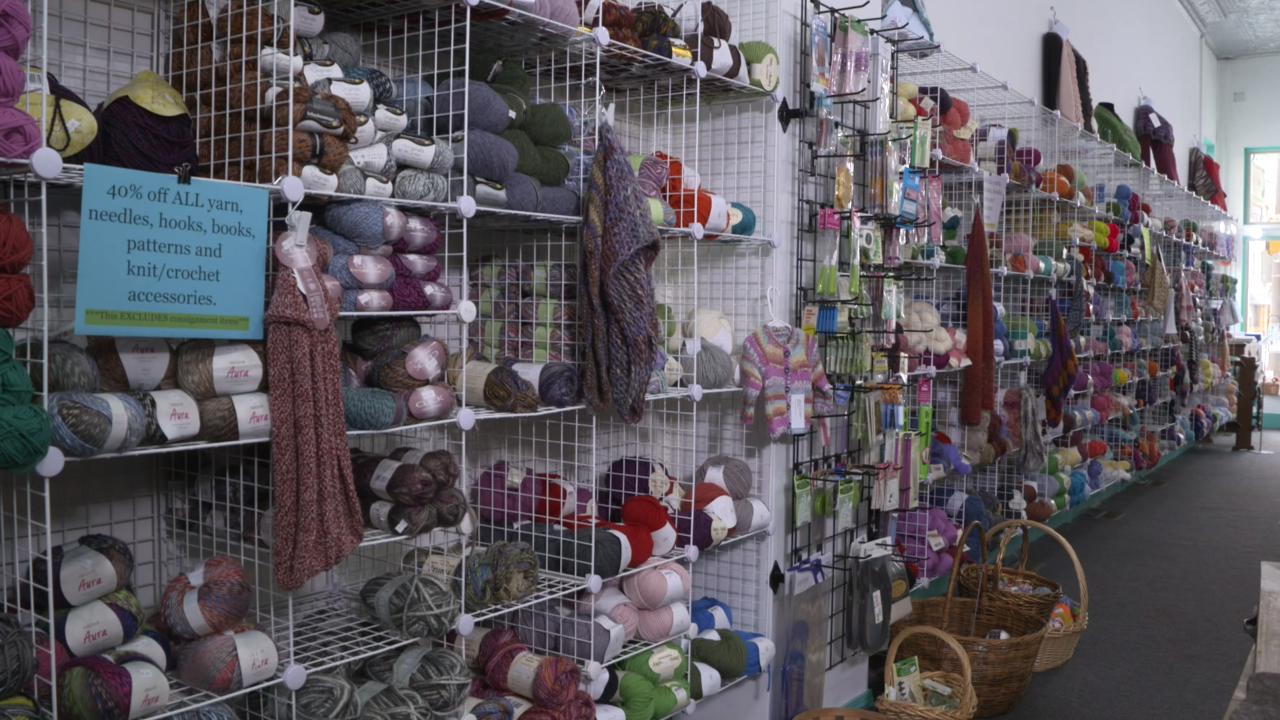 SHARON, Penn. – Tariffs raise prices on items companies import to sell or make products with, which affects small businesses across the U.S.

Two thirds of Americans say owning a small business is part of their American dream. Seven years ago, Carla Infante made that dream a reality in the small town of Sharon, Pennsylvania.

“It was frightening. After I got everything all set up for the grand opening, I thought ‘what if nobody comes?’”

Despite that fear, that was never Infante’s problem. Knitting and crocheting enthusiasts have been streaming in since Never Enough Yarn opened, either for her variety or her knitting nights.

“I have people who come regularly every Thursday night for our knitting group. Sometimes we knit and drink coffee. And sometimes we get a bottle of wine out instead of coffee,” said Infante. “It's been amazing.”

As amazing as it has been to have loyal customers and consistent demand, Never Enough Yarn is closing.

“The Internet has really done a lot of injury to local small businesses,” said Infante. “So that had been creeping up on me. But when they put the tariffs in, that really pushed me over the edge.”

There have been a half dozen rounds of tariffs imposed on Chinese goods over the past year and a half. The latest have really affected businesses like Infante’s.

The prices of all Infante’s yarn and knitting supplies has had to go up. For example – just one knitting needle in her shop has gone up by $2 in less than a year.

“First it was we'll wait and see, let's see what happens because I thought when the first 50 cents came on each package of needles like we can live with that,” said Infante. “I didn't realize it was going to keep coming. When that dollar came it was like I can't survive. I just can't pass this on.”

So, before a new round of tariffs hit, she’s ending this chapter of her American dream.

"I made it seven years and I would have liked to stay a little longer,” said Infante. “But I also know when it's time to go you know the old saying ‘know when to fold them.’”

"A lot of shops are closing, it’s not just Carla’s,” said a customer of Infante’s. “We had one in Grove City and she went out of business. It’s heartbreaking.”

Analysts expect continued higher tariffs on Chinese goods could lead to 12,000 more retail businesses closing within the next year.

"One thing I'd like to say to most people is, if you don't believe it's happening, take a closer look because it is and if it hasn't affected you yet, keep your eyes open because it's going to it's going to affect everyone at some point. You’ve learned that the hard way. I learned it the hard way.”