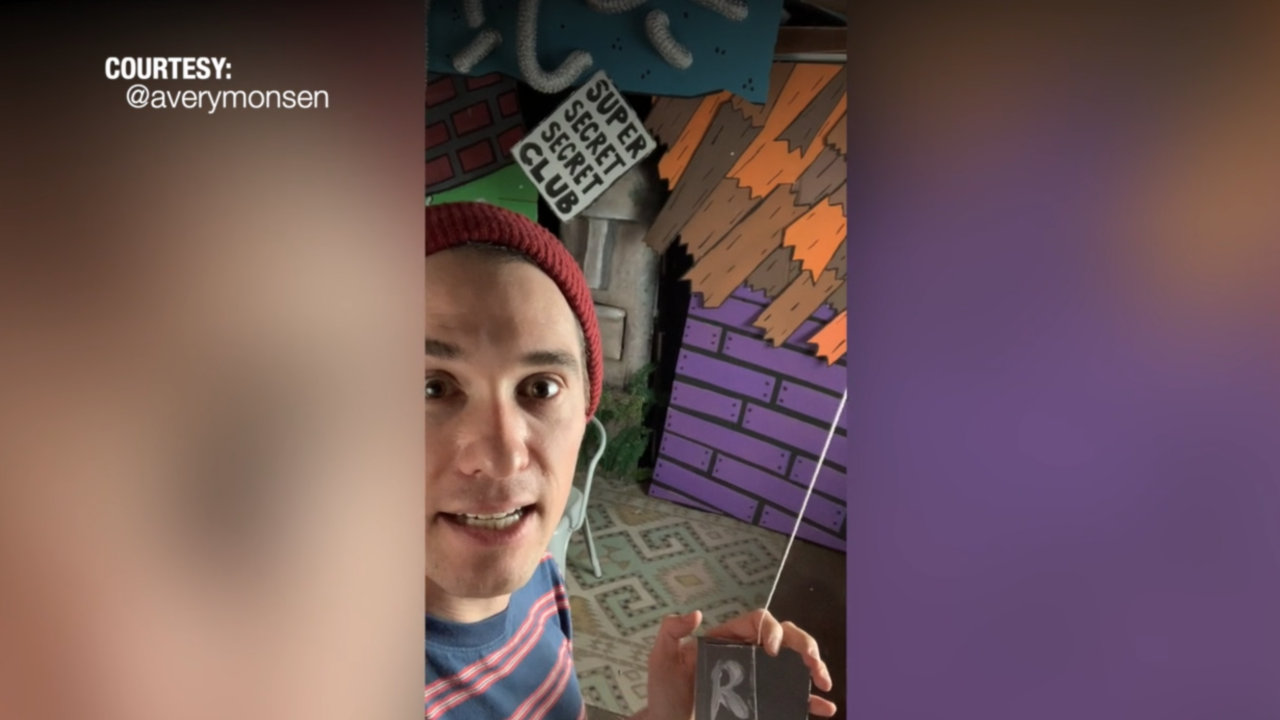 Running out of ideas to entertain your kids? A California writer and performer took his ideas, got crafty on Instagram and it has kids everywhere giggling. Avery Monsen took us behind the scenes of the "Super Secret Secret Club."

Monsen has a lot of day jobs these days. He writes and illustrates books for children and adults, he's done some acting and he's been in commercials. But these days, Hollywood isn't doing much. One day a friend of his asked him to make a video to help entertain his own kids, who were quite literally climbing the walls.

“He knows that I have this sort of grab bag of circus and magic tricks and skills that are very rarely actually useful in life, but they are useful in entertaining children,” said Monsen.

And so, the Super Secret Secret Club was born. You can find it online, on Instagram or on Instagram TV, and it is full of good, clean fun.

“It’s just a bunch of cardboard and duct tape, but there’s also all these strings that go everywhere we’re probably going to lose our security deposit on this place, whoops,” said Monsen.

There's no market research about what kids like and Avery describes himself as a someone who is quite possibly still a kid.

“I think I’m just making things that I like is the truth, and my taste is the taste of a 4 and 9-year-old. The things that I think are funny are the things a 4-year-old thinks are funny,” said Monsen.

He also made activity pages for kids. There's puzzles and games and even a Super Secret Secret Club membership card.

“I knew that kids were going to get bored and antsy in the quarantine times. I felt the least I could do is make some fun videos for them," said Monsen.

Monsen isn't in it for the clicks, likes or comments. He's purely helping kids laugh, for free. And admittedly, he says, he needed a project and he happens to have a garage full of crafts as well as a huge paper mâché pet rock named Anthony, who talks, by the way.

“Which maybe means I’m a bit of a hoarder. I have a lot of cardboard. We had just moved into this new apartment which had a garage. Before that, I was doing projects in the living room which made my wife very sad,” said Monsen.

His content has kids everywhere giggling and Monsen says, “when you’re devoting your entire week to making a silly video and you’re not getting paid for any of it, getting videos of kids enjoying it and doing the activities and laughing really, really makes it worthwhile.”

Certainly, it’s a worthwhile effort from a guy who has all the tricks, trades and a huge knack for making all the little ones laugh during a time when giggles are hard to come by.