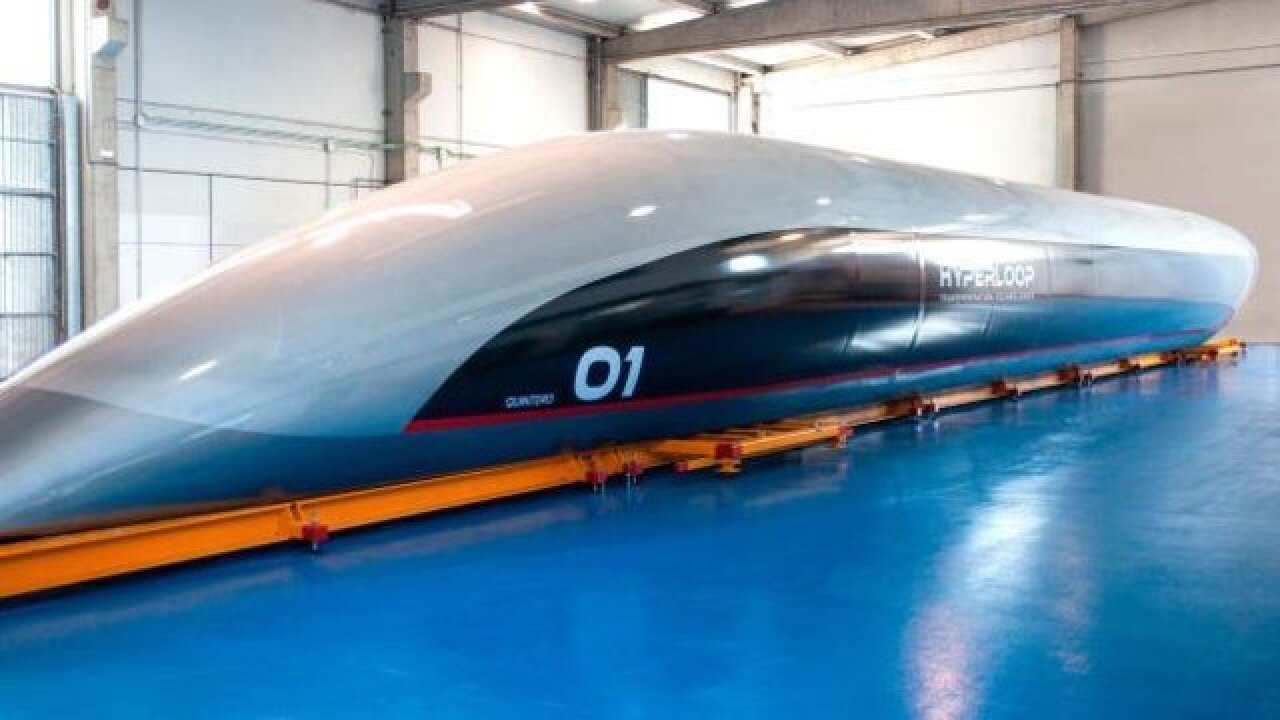 Copyright 2018 Scripps Media, Inc. All rights reserved. This material may not be published, broadcast, rewritten, or redistributed.
Hyperloop Transportation Tech
<p>Called "Quintro One" this new capsule is made out of dual-layer smart composite material.</p> 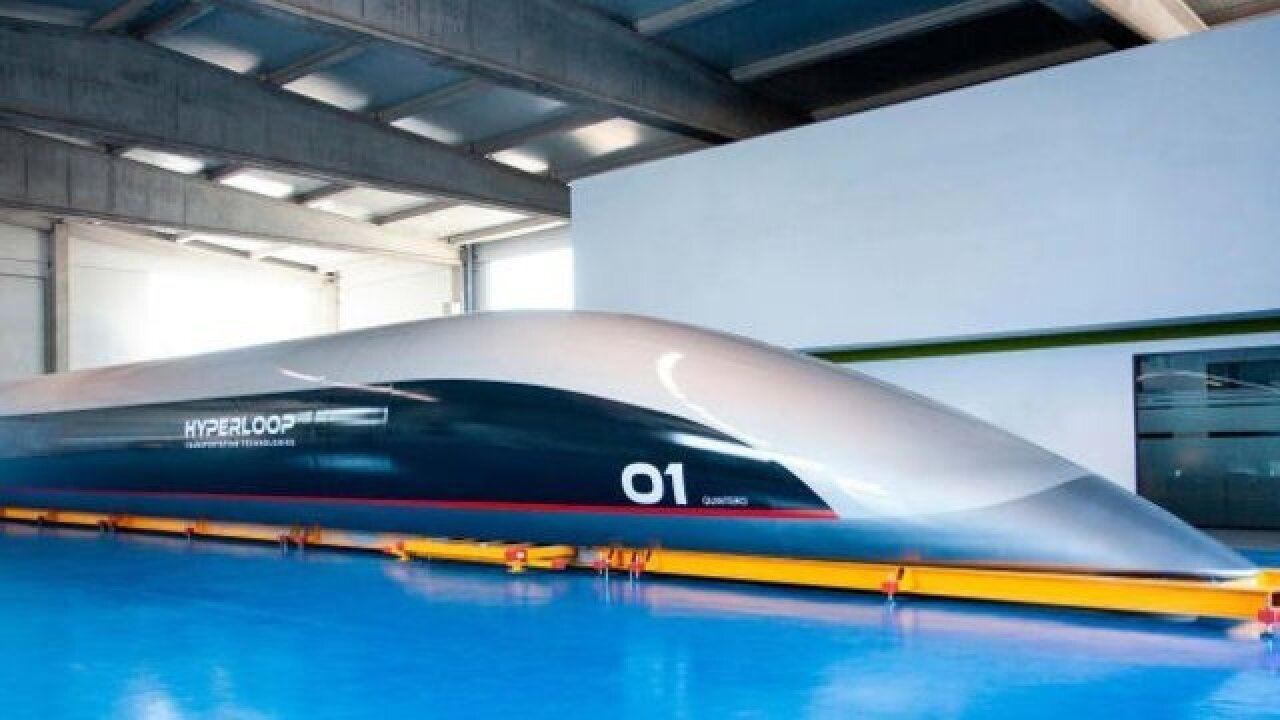 The first full-size Hyperloop capsule designed to carry passengers at 1,000 kilometers per hour (620 mph) was unveiled Tuesday, offering a glimpse at what could be the future of travel.

Several companies are now competing to be the first to make the Hyperloop concept a reality. Hyperloop Transportation Technologies, a US start-up with no connections to Musk, hopes its new full-size prototype capsule puts it ahead in the game.

The sleek capsule was unveiled Puerto de Santa Maria, Spain, near where it was constructed at the aerospace facilities of Airtificial, a partner of HyperloopTT.

Billed as "an airplane without wings," the aim of Hyperloop is to permanently disrupt how we travel long distances. Several Hyperloop routes are currently in development in countries such as China, UAE, Spain and France.

The first full-scale Hyperloop capsule, named "Quintero One," is made out of dual-layer smart composite material designed to be extra resilient.

The capsule's aerodynamic exterior was created by design consultancy PriestmanGoode. The interior has yet to be completed.

At a length of 32 meters (105 feet), the capsule would form part of a longer train that could feasibly speed cross country in record time. A journey from Los Angeles to Las Vegas could take just 20 minutes.

Once the final touches are completed, the capsule will be tested on a Hyperloop test track.

So how close is this to becoming a viable transportation option? According to the HyperloopTT team, it's imminent, even though there are currently only test tracks in development.

"In 2019, this capsule will be fully optimized and ready for passengers," confirmed Bibop Gresta, chairman and co-founder of HyperloopTT, in a statement.

In response to concerns over safety, the HyperloopTT team stressed the capsule's security, with particular emphasis on the new material it's made from and the protective double-layer.

"Today we have unveiled a new type of transportation vessel built with an industry high percentage of composite, which makes the Hyperloop capsule perhaps the safest transportation vehicle in the world," said Rafael Contreras, the company's co-founder and chairman.

"In just five years we have solved and improved upon all of the technology needed for Hyperloop with our new levitation system, vacuum pumps, batteries, and smart composites," CEO Dirk Ahlborn added. "This capsule will be a part of one of the most efficient transportation systems ever made."