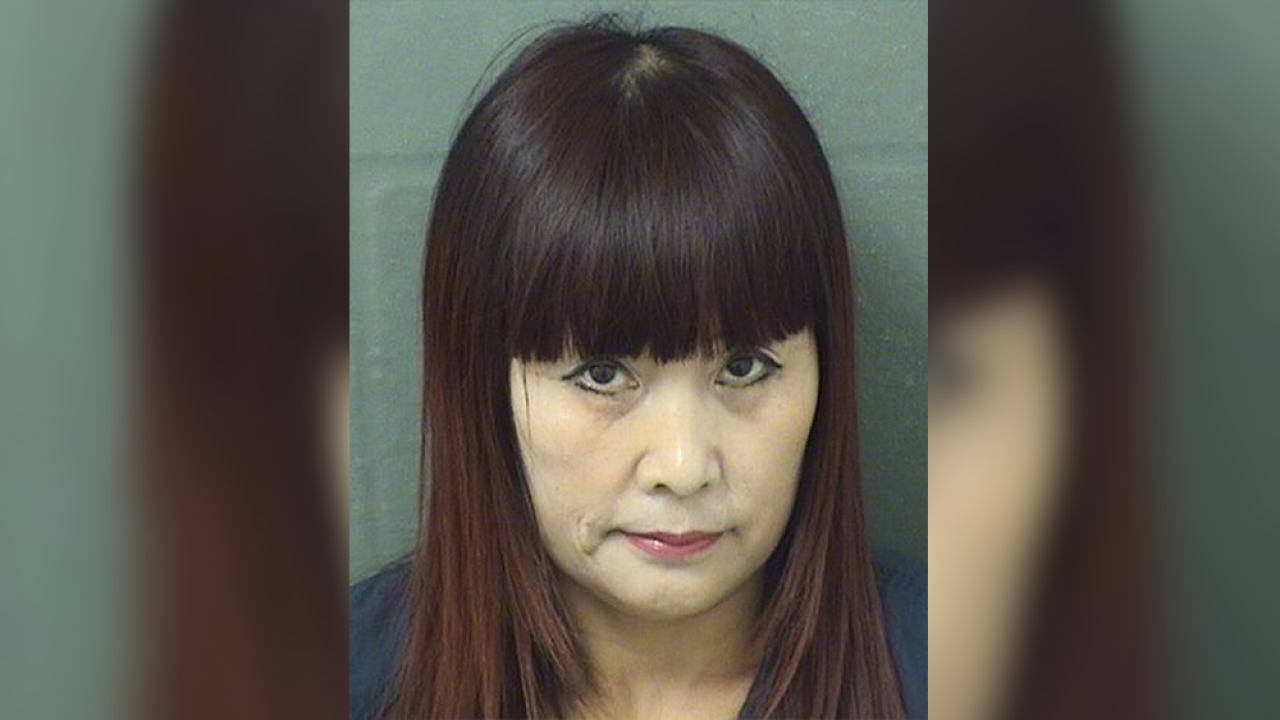 PALM BEACH COUNTY, Fla. — A woman accused of performing a sex act on New England Patriots owner Robert Kraft in exchange for money at a Florida day spa has been arrested.

58-year-old Shen Mingbi was booked into the Palm Beach County Jail on Monday.

According to the Jupiter Police Department, a hidden surveillance camera recorded Mingbi performing a sex act on Kraft at Orchids of Asia Day spa on Jan. 19. Afterward, he paid her and another spa worker, 39-year-old Lei Wang, in cash, police said.

Police said that hidden camera was installed two days prior, on Jan. 17, as part of a 'sneak-and-peek' search warrant.

RELATED: How 'sneak-and-peek' cameras were installed | Inside an illicit massage parlor

Kraft, who pleaded not guilty to the charges he's facing, is now fighting to block the release of that surveillance video.

According to her arrest report, Mingbi was captured on video performing illegal sex acts on at least six other men.

Wang, who police said was in a private massage room with Mingbi and Kraft on Jan. 19, is due in court Tuesday afternoon for a motions hearing.

Her attorneys are expected to ask a judge to hold Jupiter police and the Palm Beach County State Attorney's Office responsible for possibly trying to leak the Kraft surveillance video to TheBlast.com.

In February, Martin County Sheriff William Snyder announced the results of an eight-month investigation, which he said uncovered prostitution operations at five day spas from Jupiter to Hobe Sound.

According to the Sheriff, the spas involved were: