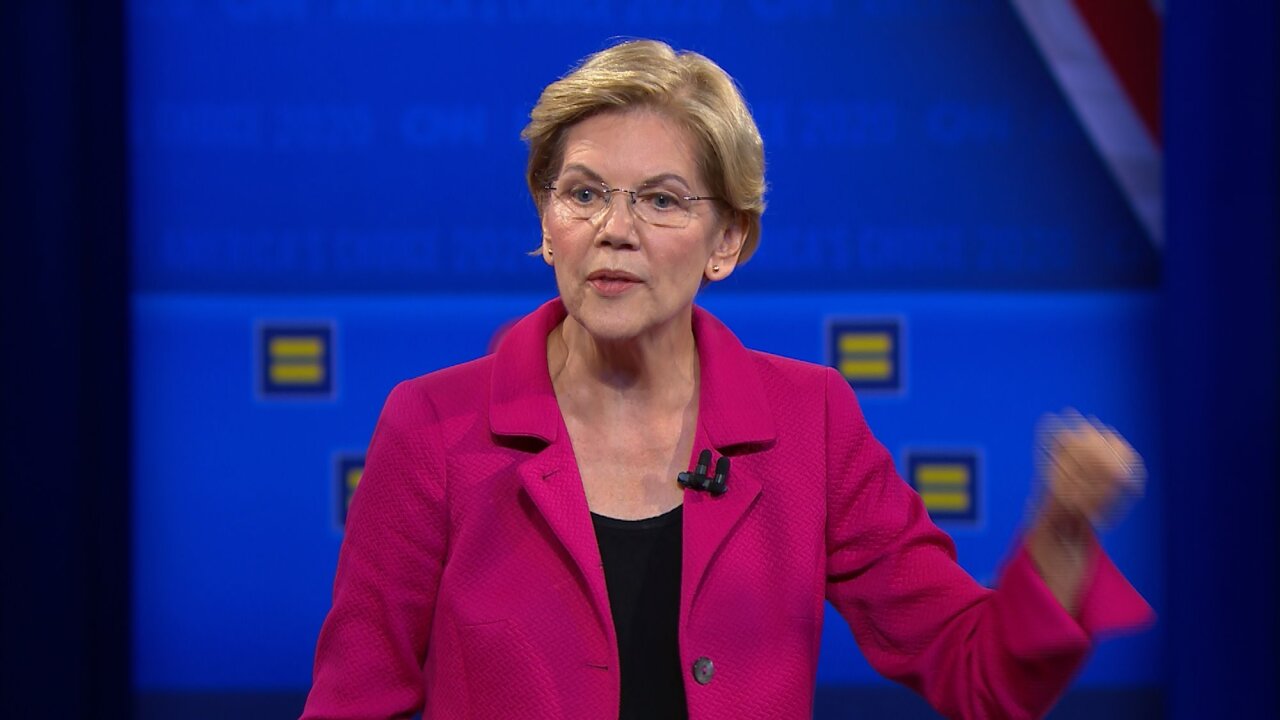 Democratic presidential candidate Elizabeth Warren was met with loud applause at CNN's LGBTQ Town Hall in Los Angeles on Thursday when she humorously joked about a potential faith-based argument against same-sex marraiges.

Morgan Cox, chair of the Human Rights Campaign Board of Directors, asked the Massachusetts senator how she would respond if an "old-fashioned" supporter told her that they believe marriage is between one man and one woman.

"I'm going to assume it is a guy who said that," Warren started. "And I'm going to say, 'Well, then just marry one woman. I'm cool with that.'"

She then took a pause and shrugged before finishing her joke: "Assuming you can find one."

Warren again used humor to discuss how faith influences many people's beliefs towards the LGBTQ community, including her own, and recited the first song she remembers learning as a child in Oklahoma.

"They are yellow, black and white. They are precious in his sight. Jesus loves all the children of the world," she sang.

"That was the basis of the faith I grew up in," she said, growing more serious. "It truly is about the preciousness of each and every life. It is about the worth of every human being.

Warren went on to say that while her exposure to the community was "gradual" as not many people were out "in those days" in Oklahoma, she was always shocked by the hatefulness towards the community, especially from people of faith.

"I think the whole foundation (of faith) is the worth of every single human being," Warren said. "I get people may make decisions for themselves that are different than the decisions other people make. But, by golly, those are decisions about you. They are not decisions that tell other people what they can and cannot do."