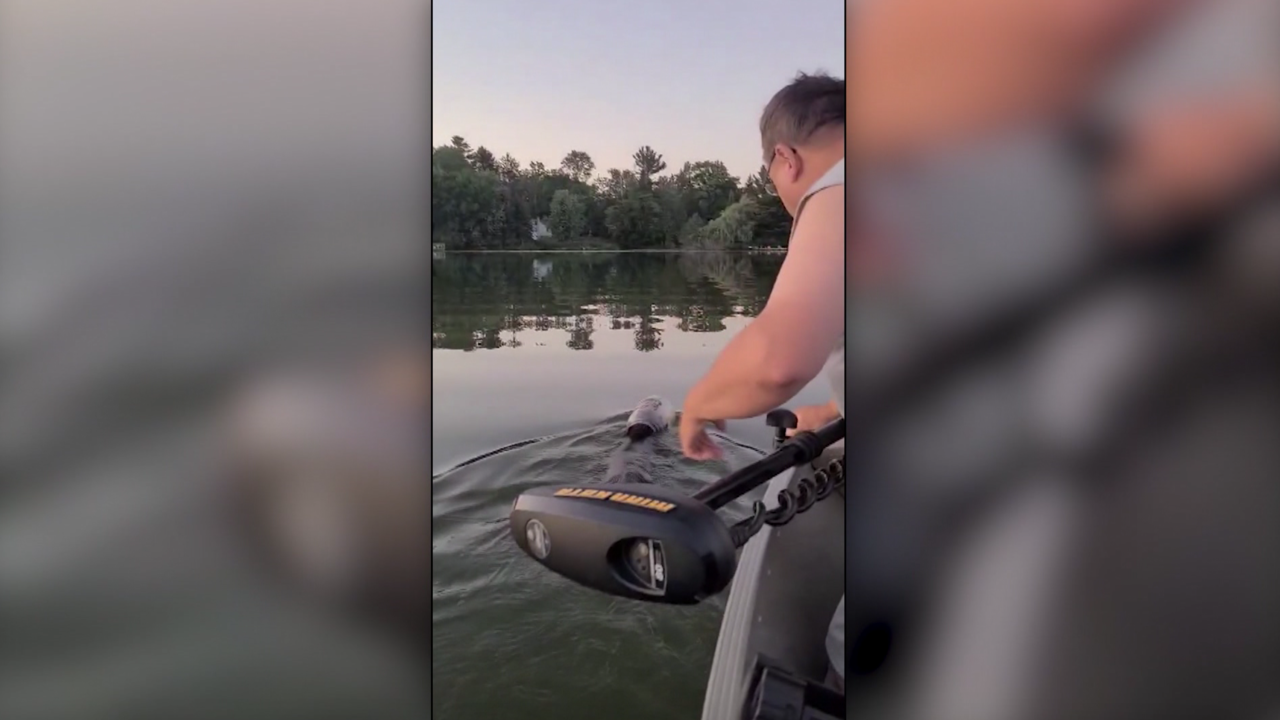 CHIPPEWA COUNTY, Wis. – A black bear is thanking its lucky stars that a Wisconsin family was in the right place at the right time.

After a day of fishing on Sunday, Tricia Hurt told the Milwaukee Journal Sentinel that she, her husband and their son were returning to a dock on Marsh-Miller Lake when they spotted something strange in the water.

As the family approached, they realized it was a young bear that was struggling to swim because it had a cheese ball container stuck around its head.

They felt compelled to help free the bear from the tub, worrying that if they didn’t, it wouldn’t be able to make it back to short safely.

So, Tricia says her son Brady maneuvered their boat while her husband leaned into the water to tug on the container. It took multiple passes, but they eventually managed to free the animal from the plastic. Tricia says the bear then swam back to shore.

The family believes that if they had not helped the bear, it may have not made it to shore, because it was breathing heavily and the container had filled with water.

Tricia documented their rescue efforts on video and posted it online. As of Tuesday morning, her Facebook post has been shared more than 18,000 times.

The family says the bear had actually been spotted several times over the past few days and the Wisconsin Department of Natural Resources had been looking for it, but without any luck.